Residents at Brevillier Village in Erie, Penn., can use Princeton Identity’s iris recognition software to unlock exterior doors to exit the building. 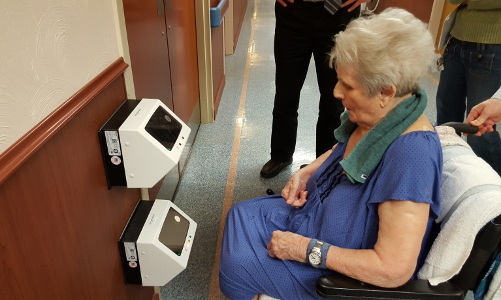 Princeton Identity, a provider of biometric security systems, announces its customer, Brevillier Village, has seen an increase in brand awareness resulting from publicity as the first senior residential and healthcare facility to implement iris recognition technology as part of its physical security system.

Brevillier Village, located in Erie, Penn., has received press coverage in the past year after implementing the Princeton Identity IOM Access solution, according to the company.

In 2017, the facility received Erie’s Choice Award for Best Retirement Facility, beating out a larger facility that had won the award for the previous ten years.

The software allows approved staff and residents to unlock exterior doors to exit the building by looking into the wall-mounted iris readers located near each exit.

It also has the capability to restrict residents with dementia from opening the doors and leaving the building unsupervised, allowing all residents to live in the same building as part of a mixed population.

“If there’s any question about who left the building at a given time, we can look at who had their iris scanned and then check surveillance video to make sure that they are the only person who went through the door,” says Dan Desrocher, director of development at Brevillier Village. “From a security standpoint, this is far more information than was available using the keypad system we had in place, for which everyone shared the same code.”

Related: Why This University Is Serving Up Iris Biometrics in Dining Commons

Two reader heads are located at each monitored doorway with one positioned for standing residents and another for wheelchair-bound residents. Both are connected to integrated control units that communicate over Ethernet cabling back to the server room.

The solution piggybacked onto the ASSA ABLOY Securitron access control infrastructure that was already in place at the facility, with each iris scan logging as an “event” within the access control system.

“This project highlights some of the advantages in deploying iris recognition in healthcare and assisted-living facilities,” says Prince Identity CEO Mark Clifton. “There are no keypad codes to remember, it doesn’t require a free hand and it’s touchless, making it completely sanitary.” 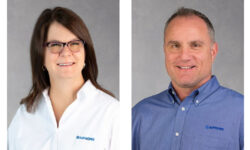 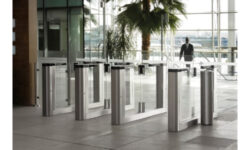