Protecting the NFL championship will involve hundreds of officers from 60 police departments, 40 federal agencies, the Minnesota National Guard and more. 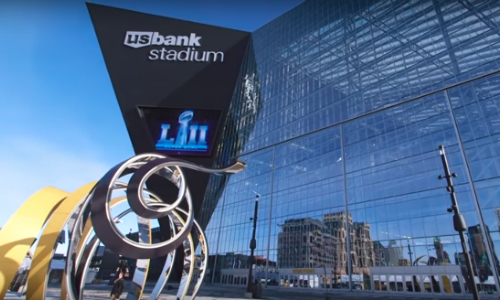 The New England Patriots and Philadelphia Eagles will face off at U.S. Bank Stadium in Minniapolis where security planning for the Super Bowl began two years ago.

While the New England Patriots and Philadelphia Eagles will have prepared for two weeks in their bid for a Lombardi trophy, meticulous planning to secure the NFL championship game began about two years ago.

The Minneapolis Police Department (MPD) is the lead agency for security at the Super Bowl, with a huge assemblage of supporting agencies. The cadre includes hundreds of officers from 60 police departments and public safety organizations, as well as the FBI, multiple components of the Department of Homeland Security (DHS), the Minnesota National Guard, and other federal agencies. Ten thousand volunteers have also been trained to spot suspicious activity.

According to the FBI, security efforts at this year’s NFL championship ranks as the largest deployment of federal assets to any Super Bowl in the game’s 52-year history. The FBI has said its main responsibilities will be to take the lead in the event of any terrorist, cyber or other major crime incident.

“We have planned for this to ensure that nothing happens,” Joe Rivers, an assistant special agent in charge in the Minneapolis Division, stated in an FBI article about security measures. “But if something does happen, some kind of mass casualty incident or terrorism event, then there is a huge shift built into the program to continue to support the event but to transition to crisis response and investigation.”

The location of U.S. Bank Stadium — smack in the middle of downtown Minneapolis — makes securing the immediate area around the venue of particular concern and challenge. It is a big reason why the DHS defines the Super Bowl as a Level 1 Special Event Assessment Rating (SEAR), the highest classification level of public safety risk. Development directly around the 67,000-seat venue includes condominium and apartment buildings, restaurants and other commercial tenants, as well as a homeless shelter for families.

All told, organizers estimate 1 million visitors will flood the Twin Cities area for the game and the 10 days of related activities leading up to it. Security logistics will cover official activities in nearby St. Paul, the Mall of America in Bloomington, Winter Park in Eden Prairie, plus a raft of other unofficial activities elsewhere in Minneapolis. There are also team hotels, practice facilities — and travel routes for all the back and forth from these sites — that also need to be secured.

Mall of America Flashback: Keeping Trouble Out of Shoppers’ Paradise

As part of the technology deployment, the MPD said additional security cameras have been deployed, including mobile units. Some of the cameras will be installed by the DHS and the NFL, while others will be installed for the city by Verizon.

“These cameras will be on the hard perimeter around U.S. Bank Stadium and the convention center, and will be removed when the temporary walls of the perimeter are removed,” MPD Sgt. Darcy Horn said in a press statement.

Video surveillance gear was also deployed in locations not previously covered but will experience increased activity due to the various peripheral event activities. Still other technology deployments include air particle sensors, large scanning machines to examine shipments to the stadium, and metal detectors.

MPD’s Scott Gerlicher, overall public safety coordinator for the championship game, expressed in the FBI article the huge assemblage of law enforcement and security forces are well-prepared to fulfill their public safety role.

“I think we have done our best to think of just about every contingency, natural or manmade,” he said. “The Super Bowl is just a massive operation, and very complicated, especially in our area.” 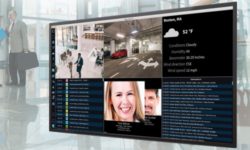 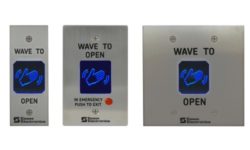