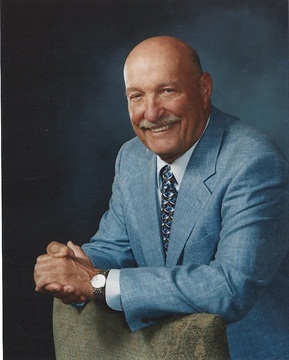 “I have been married to my wife, Doreen, for 57 years, which is a testament to my tolerance and patience. I appreciate being known as a new technology innovator and entrepreneur, but just as importantly as someone who dealt with integrity. For me, a handshake was as good as a contract. The feeling I had for all employees of all the companies was that we worked together as a team and were treated like family. I am honored to receive the Hall of Fame recognition, but also surprised since I thought I had successfully stayed under the radar.”

“There have been sizeable changes in both content and presentation of electronic security shows. In the mid-1970s they were held in small basement ballrooms of the Marriott, L.A. Airport and the Hilton Hotel in New York City. There’s also been a significant expansion of distribution as a sales channel through which more and more sophisticated products are being marketed. And we’ve seen consolidation of major market segments through corporate acquisition. Finally, there’s been the melding or integration of various technologies such as video, alarm and access control into one unified platform with access control as the hub.”

Getting SIA Off the Ground

“In the late 1970s, I worked on a committee to form SIA [Security Industry Alarm Association], to give a voice to the emerging electronic and distribution side of the industry. The security industry at that time was primarily guard service, mechanical locking, burglar alarm and alarm monitoring. Members of that early group were Sandy Jones for distribution; Ted Farrell, president of Linear; Chuck Handley, vice president marketing for ADL [Advanced Devices Labs]; and myself representing the manufacturing side.”

“In the early days of Stellar, one of our first perimeter detection jobs was overseas in Iraq to protect Saddam Hussein’s nuclear power plant, which was funded by the U.S. government. We had numerous complaints of false alarms and the system not working, so we sent a young field engineer to visit the site and troubleshoot. Some days later we got a message saying he found the false alarm problem: The E field sensor was working perfectly except the local Arabs were hanging their wet laundry on the wires to dry out. The Israelis solved that problem a good number of months later by destroying the entire site.”

“Due to a combination of genetics and jet engine and ship cannon noise during my Korean War tour with the U.S. Navy, I began losing my hearing in my late 30s. This caused a lot of problems for me in business because I often didn’t hear or misunderstood. I started through a progression of hearing aids. It’s taken me all these years to really understand this problem and try to listen and communicate more effectively. During one stormy product and marketing session at Indala, one of the boys said, ‘Dad, you don’t need a hearing aid, you need a listening aid.’”