TSS is designed for complete addressable fire panel protection for AC, signaling and notification circuits and is compatible with all major alarm systems.

Honeywell unveiled a handful of new technologies including fire alarm control panels from Silent Knight, Fire-Lite and its Farenhyt Series at the NFPA Conference & Expo.

Top 7 Surveillance Videos of the Week: Woman Jumps on Hood of Car to Stop Thief

Other top surveillance videos include a theft by dog, overly polite Brits and more! 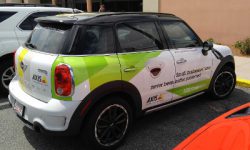 These integrator vehicles spotted at the recent Northeast Security Expo demonstrate the importance of art in security. Here’s how it can be used as an effective advertising tool.

Top 8 Surveillance Videos of the Week: 2 Doctors Get Into Fight Mid-Surgery