Installations and No Monthly Fees – Amazon’s Answer to Home Security 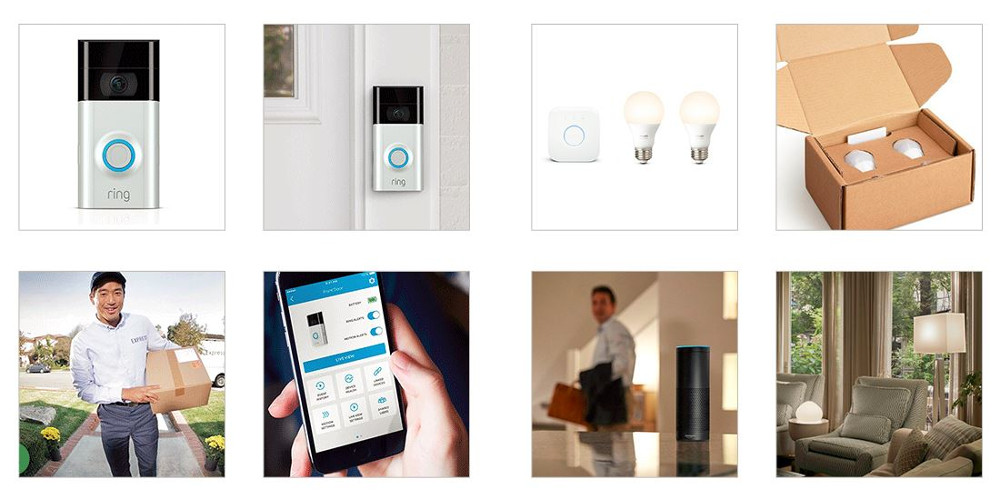 Amazon recently launched five “smart security” packages, which include installations from its own technicians and requires no monthly fees. (Source: Amazon)

Editor’s Note: SSI has partnered with Parks Associates for the creation of DIY FYI, a column designed to help dealers keep track of important smart home market developments, what the competition is and whether they want to jump into something they see as a new opportunity. 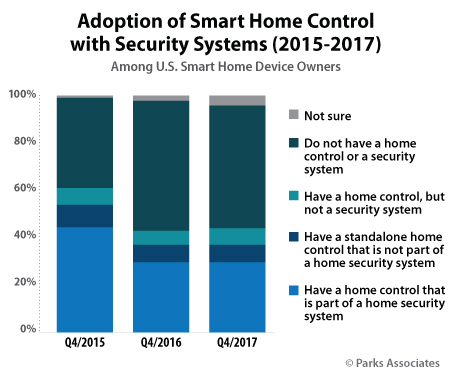 Amazon illustrated its potential entrance into the security space with its recent acquisition of the popular video doorbell manufacturer, Ring. Ring’s reported $1 billion valuation goes beyond its hardware. Parks Associates estimates Ring has a roughly 70% share of the video doorbell market.

In the process of developing its new DIY security offering, recently rebranded as Ring Alarm, Ring began building out its own central monitoring station. Monitoring of the low-cost DIY system will reportedly be offered at $10 per month, a radically disruptive price point for traditional monitoring services. The combination of hardware assets, platform assets and monitoring have all set Amazon up well for its next move – offering its own home security solutions.

The security industry is looking at ways to expand beyond the 27% of broadband households with a security system at year-end 2017. Consumers may find that a security-related smart home device or an all-in-one camera may be enough to provide a sense of peace of mind in the home. These devices are easily accessible and are increasingly being self-installed. 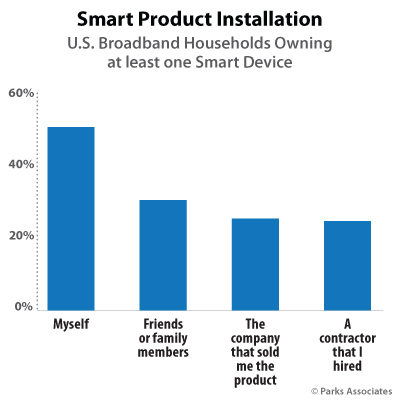 Amazon recently launched five “smart security” packages, which include installations from its own technicians and requires no monthly fees. Its pricing is aggressive given the recurring-revenue-fueled industry associated with home security. Its strategy is to offer a bundle of smart home devices to serve the purpose of a self-monitored security system. Disparate smart home devices originally sold on Amazon are now conveniently packaged together into bundles for the consumer.

The packages offered by Amazon are outlined as follows:

The home security industry has long been dominated by traditional security provider giants such as ADT, which offered equipment in exchange for monthly contracts to monitor said equipment for a lengthy contract term (typically 2-3 years). The introduction of mobile and the ability to monitor security-related smart home devices are undercutting large security provider’s business models. 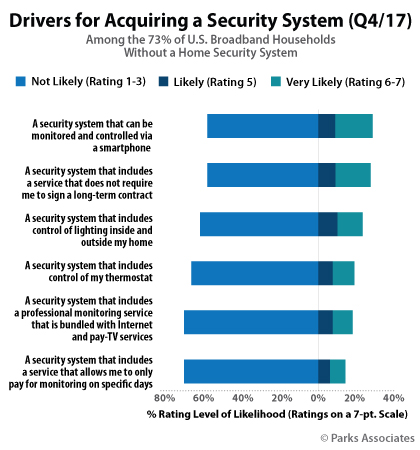 Expensive monitoring fees and long-term contracts are cost barriers to the average consumer. Parks Associates estimates that the average RMR for professional monitored security was ~$44 in 2017. This cost for monitoring can seem a luxury for many consumers. Of the 73% of U.S. broadband households without a security system, a low-cost, enticing solution is necessary to move the needle forward.

Implications: The Battle for the Home

The real battle for the smart home is between Apple, Google and Amazon. Amazon’s recent acquisitions and moves not only increases its footprint in the smart home space but also stifles Google’s and Apple’s grasp on the home. Amazon will leverage its might in its new hardware acquisitions, increasing penetration in the home with its services such as in-home delivery (Amazon Key), and Amazon Echo line of products.

The leading channel for smart home devices is security – any company that can leverage this channel, and leverage it well, will have unprecedented access to the home. Amazon’s widely popular smart speaker and personal assistant Alexa has already opened the door for this kind of ecosystem.

At the end of 2017, Parks Associates data shows that among security system purchase intenders, 18% have a smart speaker — of which 12% have any Amazon branded speaker. This clearly delineates Amazon’s go-to-market strategy in utilizing its smart speaker devices in its security packages. 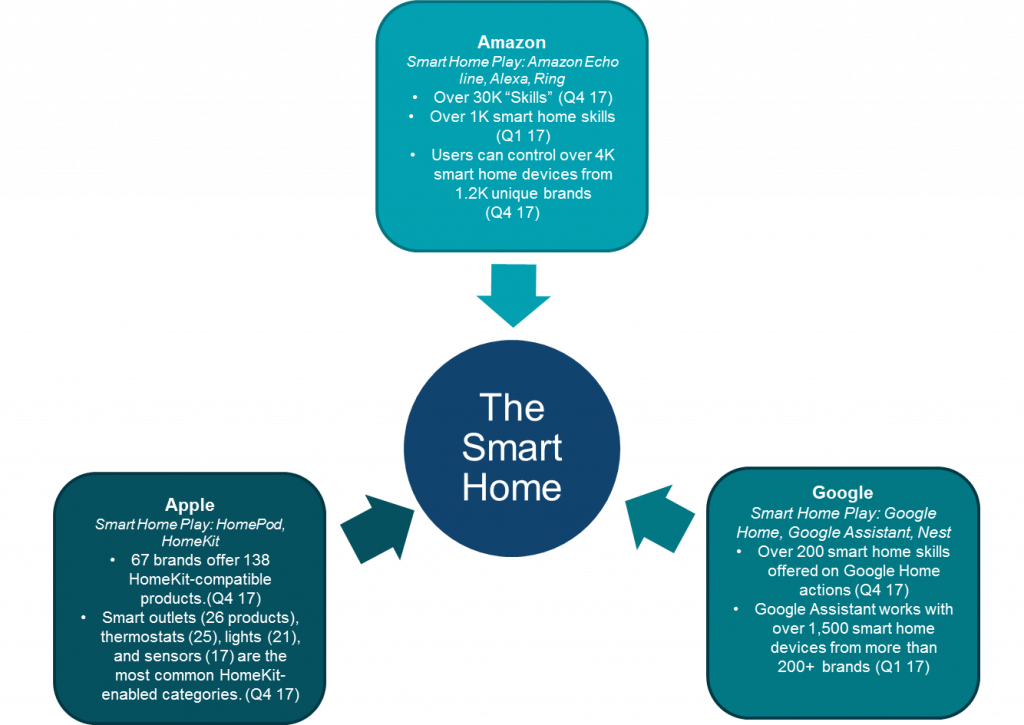 Google and Apple are taking different approaches to the home. While Apple does not currently have a security offering, its contender Google offers Nest Secure. Google has recently folded in Nest to better target the smart home space and bring together its ecosystem of products.

It is tackling two sides of the coin for home security by offering Nest Secure as a self-installed security system with optional professional monitoring. Apple’s approach is to leverage its ecosystem-loyal customer base with HomeKit and the HomePod — its answer to smart home management.

As ecosystems grow, product portfolios expand and capabilities advance between the Big 3 — Apple, Google and Amazon — the ultimate winner of the smart home will be won by the company that is able to provide a seamless, consumer-centric user experience. 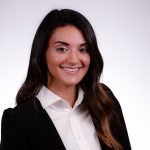 Dina Abdelrazik joined Parks Associates in 2016 as a part of the connected home team. She has participated in numerous smart home projects and has authored reports on voice assistant technologies, smart home strategies and home security. Dina frequently speaks at industry events and briefs with many industry leaders about company and product developments. She currently studies market trends and consumer behavior, focused on emerging technology products and services.

Dina earned her MS in Marketing, with a concentration in Marketing Analytics, from the University of Texas at Dallas and a BA in Advertising from Southern Methodist University.