Why Commercial A/V Integrators Are Moving Into Residential 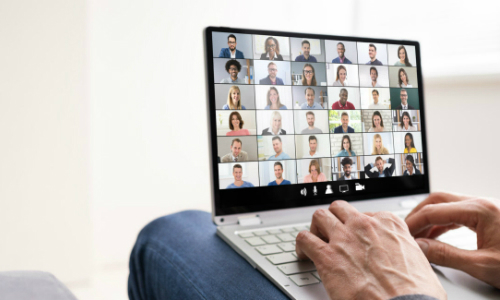 Conferencing and collaboration has been the focus for most commercial integrators since March, says Sean Wargo, AVIXA senior director of market intelligence .

AVIXA, producer of InfoComm trade shows around the world, is a trade association representing the professional A/V and information communications industries worldwide. I always love talking to AVIXA senior director of market intelligence Sean Wargo and economic analyst Peter Hansen. I walk away from every conversation feeling significantly more informed about the A/V industry — and that’s a good thing since it allows me to pass on that knowledge.

In my most recent conversation with them, focused on the AVIXA November 2020 Pro-A/V Business Index, I learned that one of the ways commercial integrators have been piecing together their businesses in the last nine months is by focusing more on residential A/V, mostly home offices.

Let’s call them hybrid integrators, capitalizing on the phrase that’s swept across A/V this year in reference to meetings, events and conferences.

As most of us have learned from being forced to work and spend most of our times in our homes since the coronavirus outbreak started to sweep across the U.S. and around the world, our home office setups pale in comparison to the systems we probably complained about a bit in our offices.

And, in an interesting reversal from the days after the 2008 recession when residential integrators saw opportunities in commercial A/V, this time commercial integration firms are jumping into residential work and helping employees bulk up their home offices for possible permanent WFH setups. 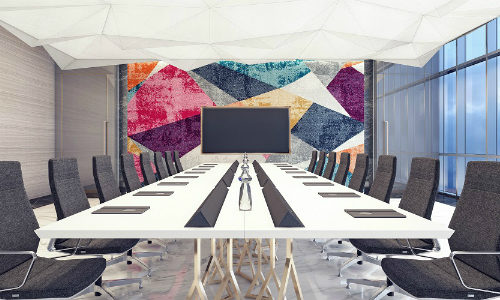 “There’s still a need for professional-grade A/V for people who are working at home,” Hansen told me. “Overall, flexibility has really shone through and driven a lot of the success we’ve seen.

“Diversity is the way you hedge against risk. You have to redistribute your resources to take advantage of a market that’s expanding, I don’t doubt the pendulum is going to be swinging back and there are going to be a new suite of A/V challenges for companies to overcome and address for their customers. The ones that are most nimble are the ones who will find the most success,” he says.

Conferencing and collaboration has been the focus for most commercial integrators since March, says Wargo, and the increase in residential A/V has come as a bit of a surprise to the AVIXA market intelligence team.

Hybrid integrators have capitalized on this emerging opportunity, he says.

“Displays and those sorts of tools have propped up residential pretty well,” says Wargo. “We’ll see if that holds. We were in the middle of a major transition to more enterprise level spending and I think that returns as more people go back into live venues, hotels and restaurants.

“There’s a fundamental question around the stickiness of this distributed workforce,” he says. “Consumers don’t always have the most optimized spaces for everything we do every day, so will their companies help with that?

“I’m more in the camp of we may see more fluidity, but I think we’ll go back to more people in the office or in a hoteling environment with optimized spaces. We’ve proven to be pretty time- and place-independent,” says Wargo.

Maybe we’ll see more hybrid integrators who are able to meet the needs of both commercial and residential customers. That term isn’t just restricted to the mix between live and virtual meetings, but also the people who can make them possible.

Again in 2008 and 2009, we saw residential integrators follow their customers into their offices. Could we see the reverse in the next year. There are models to follow. 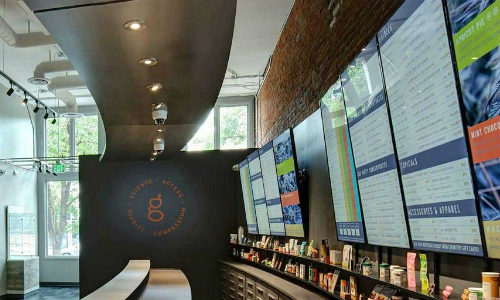 Mike DeMello started A/V Design & Integration 22 years ago after working for a high-end car stereo installation firm for many years right out of high school.

When he launched his own company, car stereo was part of the mix but soon he focused solely on home entertainment. The recession in 2008 changed that.

“Until the crash in 2008, we were 100% residential and did a 50/50 split of new construction versus retrofit,” DeMello recalls. The company has always had its hand in security, and even today security is a key part of its packaged offerings.

“After 2008, I realized that I had to get rid of some of the cyclical nature of the business, so I had to do commercial and government work. That led me to explore one commercial project after another and today we are 60% residential/40% commercial. We don’t do a lot of commercial projects, but the ones we do are big ones,” he told CE Pro’s Jason Knott.

“Back in 2008, 2009 and 2010, I noticed that large commercial projects still went on despite the recession. Other integrators who were only doing residential work were desperate to find new business, but we discovered many of those commercial jobs still carried on.

A/V Design & Integration has done projects for the City of New York, the mayor of Yonkers and even the U.S. Immigration and Customs Enforcement (ICE) agency.

The business is structured so that engineering, sales and operations are proficient in all three areas: residential, commercial and government. DeMello is involved in many of the larger sales, while key personnel like are also integral at the sales level.

“The installation challenges are a little different but the parts and the pieces and the structure of it are all pretty similar. The bigger difference is the contracts for commercial are very different than residential. Most integrators like residential work because they get paid upfront most of the time.

“When you’re doing a large-scale commercial project, a lot of the funding is coming from your pocket initially and you get paid on the back end. That’s the biggest difference … the rest of it’s all pretty straightforward.” 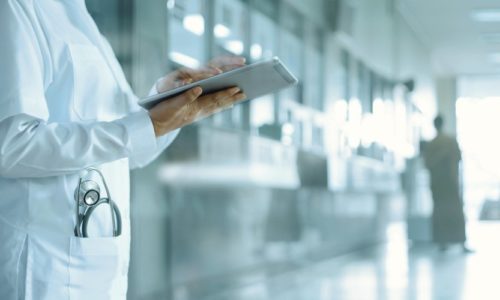 Similarly, Jon Robbins, executive director, Home Technology Specialists of America (HTSA), also sees encroachment from other industries, and in particular from commercial A/V companies that are experiencing a softness in the commercial market.

Dave Workman, president and CEO of industry buying group ProSource, agrees, noting he is seeing encroachment from commercial A/V, electrical and security industries into the residential A/V space. Alexander uses the term “resimercial” to describe the blurring that continues to occur between the two types of A/V contractors.

We’ll see how long the residential A/V boom lasts but commercial integrators would be wise to explore it for as long as they can to sustain themselves during these lean times on the commercial front.

Which other verticals could bring success to hybrid integrators? How about education, where teachers certainly could use A//V upgrades in their personal setups to help them better teach students from home. 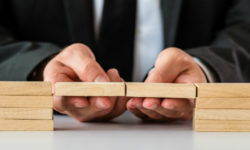 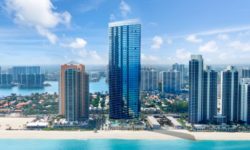 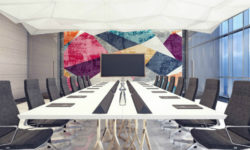 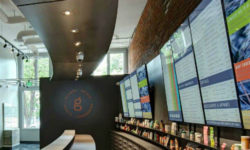