Next week, home automation systems from Control4 (Nasdaq: CTRL) will work with the recently-launched Google Assistant speech-recognition engine for controlling the home’s audio, video and smart-home devices with simple voice commands. The voice service will work right away with Google’s new Pixel mobile phones, and in November with the new Google Home IoT hub. Integration is accomplished through the IoT engine IFTTT, thanks to a driver created by New Zealand developer Chowmain.

On Monday, Oct. 31, Chowmain will update the Control4 IFTTT driver to include Google Home and Google Assistant, so users can tell their thermostats to go to a specific setpoint, dim the lights to a specific level, select a channel on the living-room TV, open motorized shades a little or a lot, launch a VACATION scene, or even broadcast text-to-speech announcements throughout their home via Control4’s multiroom audio system – in a way that currently cannot be achieved with Alexa.

As always, Chowmain’s IFTTT implementation allows Control4 systems to operate other IFTTT-supported devices and services … and vice versa. For example, Control4 could control a Lifx bulb; a Belkin Wemo sensor could activate a Control4 scene. Now, these actions can be triggered by voice using either Amazon Alexa or Google Assistant (see below for numerous other examples).

Although Google doesn’t release its voice-recognition API until December, integration is possible today with IFTTT, which already has a Google Assistant “channel.”

We asked Chowmain owner Alan Chow about the development process and the differences between Google Assistant and Amazon Alexa.

Their IFTTT integration is what makes their product spectacular and is how we have integrated Google Home into Control4 before the product has even launched.

Google has pretty much implemented their Direct Actions into IFTTT – more “natively” than Alexa – to allow you to build trigger phrases that react on pretty much any phrase including phrases with number or text variables in them.

For example we can say, “OK Google, turn the house off,” which is a static phrase that can fire an event in Control4 which is programmed to perform an ALL OFF scene. Or we can do more advanced stuff like “OK Google, set the living room thermostat to 70 degrees,” which will fire an event in Control4 which will pass through LIVING ROOM THERMOSTAT and 70 as the variables.

Now that you’ve experienced both Amazon Alexa and Google Home/Assistant integration, is one easier than the other?
Alexa currently requires a manufacturer to create a cloud-based service to implement native Alexa Skills. Developers then need to go through a certification process with Amazon to get Skills passed. It takes a massive amount of effort from the manufacturer to get it to work.

Even when going down the IFTTT route with Amazon Alexa, it does not have the power that Google Assistant has. IFTTT for Alexa only allows users to say a static phrase that is linked to a specific action within the home automation system – Control4 in our case. So, for example, you can say, “Alexa trigger house off” to activate Control4’s pre-programmed HOUSE OFF scene, but you can’t use the command, “Close the living room shades 50 percent.”

Do you think one platform is better than the other for voice control?
This is a pretty big question. Both platforms offer similar functionality. Amazon does have a head start, as they released Echo back in 2014 and have captured a significant amount of attention from the market.

“Even when going down the IFTTT route with Amazon Alexa, it does not have the power that Google Assistant has.   – Alan Chow, Chowmain

If we concentrate on the smart home, then Amazon is winning the race today, since out of box it will work with IoT devices like Nest, Ecobee, SmartThings, Wink, Insteon, Belkin Wemo, Philips Hue, Lifx, Big Ass Fans and the major automation systems like Control4 and Elan.

I do, however, think that over the coming months Google will catch up extremely quickly.

Google will be launching with a few IoT devices (Nest, SmartThings and Philips Hue) and they seem to be really opening up their platform for anyone to use.

They were smart enough to make their IFTTT channel extremely flexible and thus making it easy for anyone to create interesting combinations of phrases for control.

By giving you the ability to enter in alternative ways of saying the same phrase it minimizes programming time.

Overall I think that having competition in this space is good and it will really drive innovation from both Amazon and Google which in the end will benefit the home automation market.

Are other home automation manufacturers starting to integrate with Google Home and Assistant?
I can’t speak for what the manufacturers are doing right now – I honestly don’t know – but I can say that they will be silly not to. Integration with Google Assistant not only offers you a Wi-Fi speaker in the home but offers you control via the new Google Pixel phones, as well as Google’s new Allo instant-messaging app. 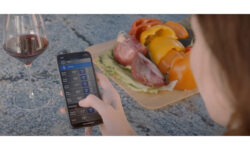 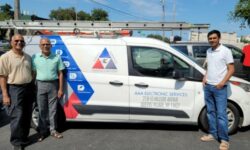 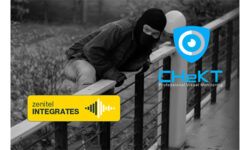