10 Reasons Smart Home Devices Will Be Everywhere in 2018

As smart home products go mainstream and the IoT becomes more convoluted, you can expect to see a rise in the demand of professional installations. 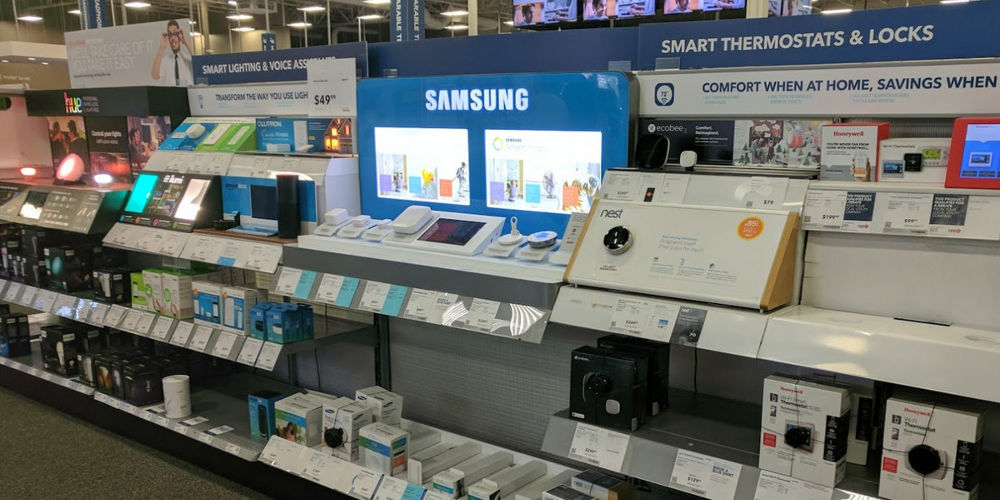 Smart home products are getting cheaper and simpler to install, but the proliferation of IoT products that do too many things should push many users to professional installers.

Judging by the frequency of new stories that pop up in SSI‘s Automation section, the age of smart home devices and IoT has officially arrived, and it doesn’t look to be going anywhere.

Even though the movement generally favors the mass market, it’s a positive direction for professional home-technology and security integrators.

Every year, the doubters say professional installation will die because products are so simple to install. And every year, the opposite seems to occur. A dizzying array of products that don’t interoperate — coupled with mass awareness of installation services — makes the market for installation and support seem more attractive than ever.

It is time for security pros to adopt DIY offerings.

[T]he ability to find trusted service providers is increasing exponentially. A further benefit of being able to find service providers is that the cost of service should decrease thereby making outsourcing more attractive. With more and more people identifying as time constrained and lacking DIY skills, the likelihood of choosing to outsource home improvement tasks to a professional should rise drastically.

Here are some telltale signs that the installation of smart home devices will rise in the new year:

1. Easier, cheaper products are so ubiquitous these days, it’s tough for a consumer to take action. The question of interoperability and set-up among so many disparate standards and systems can confound even the most determined DIY.

2. In the period of just one year, big-box retailers including Best Buy, Lowe’s, Apple, Target and Sears, dramatically increased shelf space and visibility for smart-home devices. Even Whole Foods, acquired by Amazon, now sells Echo and other smart things, right alongside fresh produce. The visibility increases impulse buys by consumers who hadn’t done their homework. According to Parks Associates, roughly 40% of consumers spent less than one day shopping for smart house products.

3. Smart-home marketers continue to promote the simplicity of their solutions, encouraging consumers to purchase products they’re not equipped to install. Two of the most popular retail purchases, thermostats and video doorbells, can pose special challenges based on a home’s existing wiring and attached devices (HVAC unit, doorbell ringer) – something the manufacturers don’t exactly advertise on their packaging. Scott Harkins, VP, IoT Partner Programs at Honeywell, says roughly half of consumers who buy thermostats at retail ultimately abandon their DIY dreams and hire a pro.

4. Too many manufacturers continue to make the mistake of overloading their products with multiple radios and promoting every use case imaginable. When consumers flocked to Nest and Ring and Amazon Echo, they were interested in maybe one or two features. Only after they enjoyed the experience did they build up an ecosystem, according to research firm NPD. In the case of Echo, for example, 48% of owners bought their first home-automation product only after acquiring the Echo. Among Google Home owners, 57% purchased their first IoT device after the smart speaker entered their lives.

5. Big-box retailers have tried every which way to sell security and home-automation services over the years, with ADT often behind the initiatives. They all figured the sale would be as simple as offering mobile-phone services from a kiosk. But it never worked out for providers. At last, we might have found a success story with Vivint in Best Buy stores. The store-within-a-store concept is staffed with Vivint employees who are some of the best-trained sales professionals on the planet. Exposing consumers to installation services at such a large scale should be good for all installers.

6. Wireless technologies may simplify installation, but the proliferation of wireless wreaks havoc on home networks. The situation is only getting worse, even though consumers may be investing in mesh Wi-Fi and other network-improvement solutions. OTT, 4K video distribution and virtual reality punish a wireless infrastructure that must be shared with cameras, sensors and countless other IoT devices. When a product “breaks,” chances are it’s the network that is broken. As long as homebuilders keep stripping wires from new homes, there will be need for home-tech installers.

7. Smart home gift-giving is on the rise, expanding the universe of potential users that don’t necessarily know what they’ve gotten themselves into. Parks Associates estimates some 20% of smart-device owners receive their goods as a gift. For the 2017 holiday season, the researcher indicates 36% of Millennials will buy these products as gifts, potentially for unsuspecting parents not as tech-savvy as the younger generation.

8. A new supply-chain paradigm is contributing to the low cost and mass adoption of home technologies. It is now easier than ever to find, purchase, and receive any electronic gear, sometimes delivered the same day as purchased. This supply chain, in turn, is used to manage installers and service providers more efficiently than ever, saving truck rolls and driving down the cost of installations, thanks to smarter routing and bigger crews.

9. Maybe not in 2018, but certainly by 2019 we’ll be seeing a lot more interactive customer support via virtual reality and augmented reality. Less-experienced installers can be dispatched to homes, using VR headsets to communicate with a tech-support center, staffed by more experienced workers who don’t have to waste time in traffic.

10. Cybersecurity. People are afraid to do it themselves. The “CSO” (chief security officer) now found in most enterprises, will make its way into the home, protecting both physical security (people and property) and digital security (data and privacy).