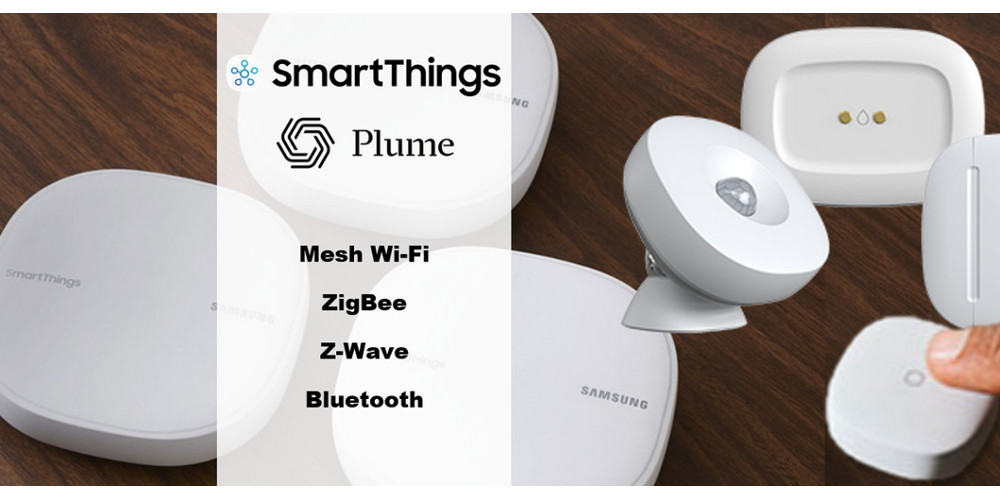 So while it controls smart home devices via ZigBee, Z-Wave, IP and Bluetooth, it also extends WiFi signals around the house with Plume AI technology.

The company claims its adaptive WiFi technology “learns your environment and optimizes performance for a powerful, reliable home WiFi experience.”

The system reportedly “allocates more capacity to the devices that need it most.”

If it sounds familiar, it’s because SmartThings WiFi is pretty much the exact same product as Samsung Connect Home, introduced last year. That system is now selling for about $150 for a three-pack. The new version retails for $280. A three-pack can cover a 4,500-square-foot home. 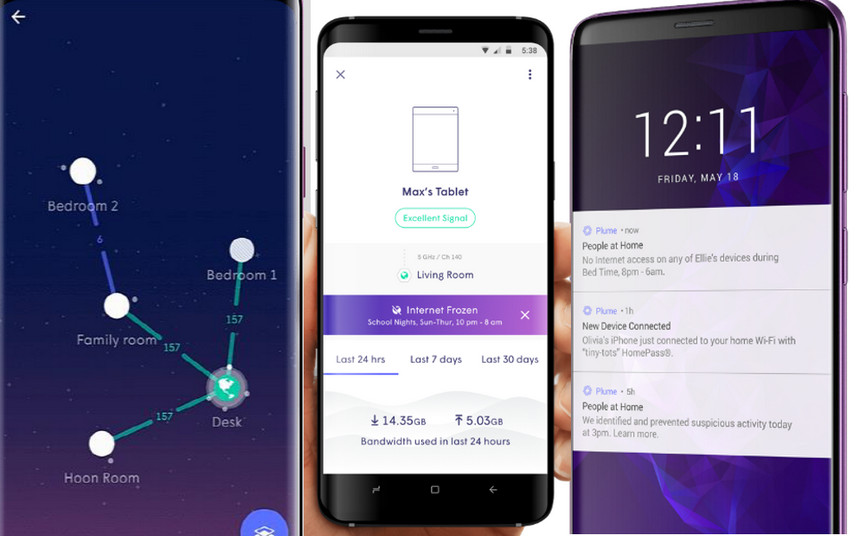 Asked about the difference between the two products, a Samsung spokesperson tells SSI sister publication CE Pro, “SmartThings WiFi is the next iteration of Samsung Connect Home, with added AI-based mesh WiFi technology from Plume.”

Here’s how Samsung describes the WiFi learning and optimization features of its Plume-powered SmartThings WiFi system.

Out of the box

After following a simple setup process, mesh WiFi will optimize home will be covered with good WiFi connectivity within 30 minutes. Some SmartThings WiFi hubs may be disconnected briefly for optimization.

SmartThings WiFi will perform optimizations that improve network speeds as it learns more about network environment.

The next few weeks

SmartThings WiFi will continue optimizing, allocating capacity to the rooms and devices that need it the most.

Unlike Plume, which charges $200 for lifetime “membership,” Samsung charges no fees for Cloud-based WiFi services.

In addition to launching SmartThings WiFi, Samsung is “upgrading the performance and connectivity” of its SmartThings hub ($70 as a stand-alone product), water leak sensor, motion sensor, multipurpose sensor and smart outlet.

The hub has been “upgraded with the latest Zigbee, Z-Wave, and Bluetooth 4.1 connectivity protocols” and now can be connected via WiFi, not restricted to hardwired Ethernet.

The SmartThings motion sensor has been redesigned with a magnetic ball mount, so consumers can adjust the tilt angle for a wider view range.

Samsung is also introducing the new ZigBee-enabled SmartThings Button ($15) with programmable triggers that manually control routines around the home, avoiding the need to open up an app.

The SmartThings Button, like the rest of the SmartThings sensor line, monitors temperature in an area of the home, and can trigger a smart thermostat to adjust automatically. 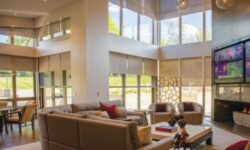 How to Profit on Lighting Controls and Motorized Shades 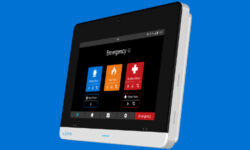