A new report by Imperial Capital’s Saliq Khan, based on a conversation with ADT’s vice president of emerging markets strategy, considers the rise of subscription models for smart objects and connected devices in homes. 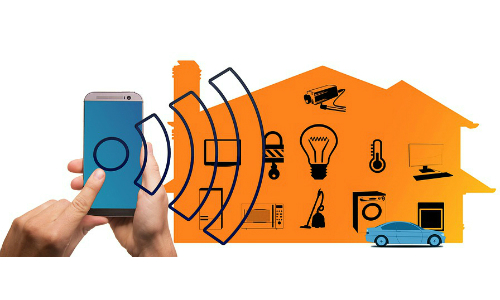 Striving to come up with new ideas to keep operations, products and service offerings fresh? The process of making all that happen successfully centers on innovation. While deliberating new ideas is one piece of the process, businesses have a much greater mission in trying to turn that into an actual product or service that will benefit customers.

Let’s have a glance at key takeaways from the report, which encompasses the broader security industry rather than solely focusing on ADT.

Super-regional and national alarm monitoring companies especially have recognized that innovation is even more important as the alarm and premises control industry has become more crowded by telecoms and cablecos, do-it-yourself (DIY) products and tech companies.

Some of these technology providers are even partnering with traditional companies, like ADT’s partnership with Samsung and Ascent Capital Group’s/Brinks Home Security (formerly MONI) affiliation with Nest.

“We have come to the understanding that if an alarm company is not willing to disrupt themselves, it is likely that they will get disrupted,” Khan writes.

The way to approach innovation is by asking what constitutes core brand values. Stennet is of the mind the answer lies not with security systems, but above all safety. Everyone wants to feel safe, even if they are not always conscious of it. Security dealers should be thinking about all the ways they are not helping consumers feel safe but could be. This extends to mobility, driver safety and cybersecurity, in addition to core product extensions within the home.

Stennet notes that once a company realizes that its brand needs to go in that direction, then it is about figuring out how to crack open the bureaucracy, which is no easy feat.

With the increased adoption of DIY and standalone products, some of which now offer advanced analytics and professional monitoring on a subscription basis, Khan has oftentimes been asked if thinks these devices can survive as a standalone company.

“There have been several executives within the alarm industry that were, and still are, unsure about what DIY products could mean for their business or the industry,” Khan writes. “Both Ms. Stennet and I agree that there is no doubt that DIY is now a standalone category, and several alarm and home automation companies have entered into partnerships with DIY solution providers.” 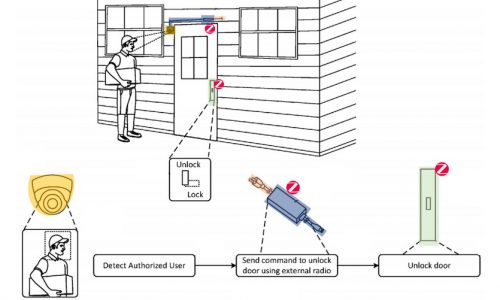 The increased adoption of DIY products says a great deal about today’s consumer mindset, and for that reason Stennet believes there will always be a DIY play — either on a standalone basis or as part of a larger ecosystem.

The consumer has been telling the traditional alarm and premises control industry that there are certain aspects to the core alarm offering they don’t want — including, the contract, installer and salesperson structure.

This would suggest there will always be a DIY mindset that creates the market. However, Khan and Stennet posit that it will be difficult for any standalone DIY solution provider to successfully live and grow outside of a larger ecosystem.

“Technology companies, including Amazon, have created ecosystems that consumers are adopting on a large scale,” Khan writes. “To maximize their business opportunity, standalone DIY products will have to be able to play in those ecosystems.”

For the consumer, making a decision to purchase a home automation system ultimately comes down to lifestyle, and that process includes both conscious and subconscious determinations.

There are consumers in different life stages and residential structures and they have concerns about safety and crime. However, they do not see a need to have every door be monitored or install a traditional alarm system. That same consumer wants more awareness, but also more control.

Stennet explained that if customers can see an event and be aware of it, they feel they can do something that will remedy the situation to their satisfaction. However, there are instances in which the consumer may be aware that their alarm system has been triggered, but other factors come into play that prevents the consumer from responding quickly.

For instance, an alarm was triggered an hour ago when the user was in a meeting. Over the last few years, alarm companies have begun to introduce non-traditional offerings, including DIY products, technology partnerships and smartwatch applications.

The goal of these new product introductions and partnerships are not to override the consumers’ decision-making abilities, but to contribute to it and give them more control.

The report poses a scintillating question. Could the alarm industry follow in the footsteps of the telcos and have the user sign a service agreement that provides for the product use and technology upgrades?

The alarm industry is beginning to be hardware agnostic and as an example, ADT has begun to sell and install Google Nest and Amazon Echo. These are popular products for consumers, and they want to see the alarm industry curating them into their portfolios, and provide installation and services for these products.

Whichever device, hub or panel makes sense for the customer, Stennet believes the alarm industry needs to be open to considering that and rolling it out on either the professional or DIY offering.

While the telco model makes sense for the commoditized data and voice offerings, in which consumers want to have the latest handheld device, the technology refresh in the alarm and smart home industry are not quite as volatile.

As service options that attach to those devices increase, consumers are more likely to adopt additional services and therefore subscription will continue to become a bigger part of the plan. Khan notes the emergence of DIY providers’ focus on the subscription business model, where previously they had solely focused on selling hardware. Services beyond monitoring, including cybersecurity, will help consumers go down the path of adopting the subscription plans.

While many DIY products combine a service element, not all do. That is also part of the DIY appeal: buy what you need and don’t be bothered by sales or service reps.

Alarm companies have a different model where they leverage their relationships with the police departments and first responders and place the emphasis on professionally monitored safety solutions.

“We understand that alarm companies want to be the monitoring provider of DIY products, and many consumers want that option as a backup,” Khan writes. “Furthermore, we believe it would be challenging for a DIY provider to have their own professionally monitored station and compete with a well-established monitoring company such as COPS Monitoring or Monitronics.”

Stennet notes that video analytics, artificial intelligence (AI) and machine learning are three offerings which intrigue her the most. Video analytics has been historically used for critical infrastructure or commercial property perimeter breaches.

However, in the somewhat near future, facial recognition may be used to disarm an alarm system, alert the homeowner who rang the doorbell, or inform parents when their child returns home from school.