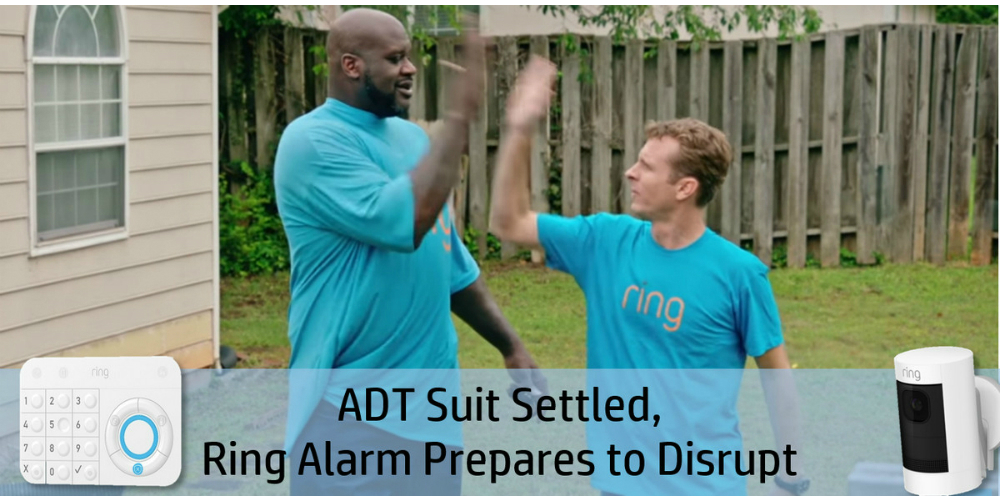 LAS VEGAS — There’s much to report on Ring after CES 2018. The famous maker of video doorbells apparently has settled with ADT in the “Zonoff” lawsuit and will launch its newly branded Ring Alarm system soon. Also, Ring enhanced its surveillance app, and acquired the wireless lighting company Wireless Environment, dba Mr. Beams. Details on the acquisition below, and forthcoming.

First, the lawsuit. ADT filed a claim last year, alleging Ring stole IoT-related intellectual property from a now-defunct platform-developer called Zonoff. By that time, ADT had sunk $36 million into Zonoff to develop Z1, a SHaaS (smart home as a service) platform that would be used in two new security and automation systems from ADT. Those solutions never materialized.

A single source says Ring and ADT settled for $25 million, but the figure cannot be confirmed. That amount would be twice what Ring offered ADT last year to make the lawsuit go away. As CE Pro exclusively reported back then, ADT had declined that original $12.5 million offer. ADT put its own Zonoff property on the auction block, but apparently never sold it.

The next question is this: Won’t Alarm.com sue Ring now? More on that below.

It was just a few months ago that Ring announced the new Ring Protect security and home automation system based on Zonoff’s Z1. Ring CEO Jamie Siminoff has maintained all along that his company rightfully owns the technology through a $1.2 million contract it had with Zonoff before Zonoff shut down.

The unsympathetic judge in the case at the Delaware Chancery Court issued a temporary restraining order to halt sales of Ring Protect – apparently an unusual move since his honor was still deciding the case.

Ring Alarm is a scary prospect for the status quo in security and home automation.

Now that the lawsuit is reportedly settled, Ring will start shipping the newly branded “Ring Alarm” this spring. We imagine the company dropped the “Protect” moniker because Nest already uses the brand for its smoke/CO detectors.

Ring Alarm is a scary prospect for the status quo in security and home automation. The service will cost just $10 per month for remote access, professional security monitoring, cellular back-up, and 30 days of video storage for an unlimited number of cameras … with no long-term contracts required.

Service like that usually starts at $30 on the low end, but typically costs over $50 per month with a two- or three-year contract.

A starter kit costs $199 for the Ring Protect Base Station, one keypad, one door/window sensor, one motion detector and a Z-Wave range extender. 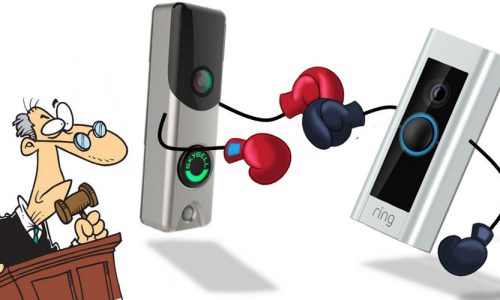 Related: Ring Gets Hit With Patent Infringement Over Video Doorbell

That’s obscenely cheap. The closest equivalent is the ADT/Samsung SmartThings security and alarm system that retails for $450 and starts at $24.99/month for security monitoring and interactive services (no contract required). Granted, the Samsung product has a nice touchscreen, a much broader feature set, and a proven system with Nortek’s 2Gig as the hardware provider.

Ring is still building out its ecosystem for the Alarm product. At CES, the company announced a water sensor, as well as a smoke/CO listener that reacts to the sound of a dumb smoke/CO detector. These, like the other announced sensors communicate via Z-Wave.

Furthermore, it appears Ring might be the first to incorporate the new Z-Wave SmartStart technology into its products, dramatically simplifying the process for enrolling devices into a system.

Here’s the big and very complicated question: Ring may have settled with ADT, but what about Alarm.com (Nasdaq: ALRM)? Will the very popular SHaaS provider move forward with a lawsuit against Ring? 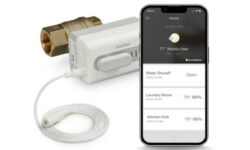