Smart Lighting System Sales to Top $4B by 2025, Report Says

Suppliers can capitalize on consumer views of smart lighting as a convenience and a novelty by emphasizing its advanced control capabilities. 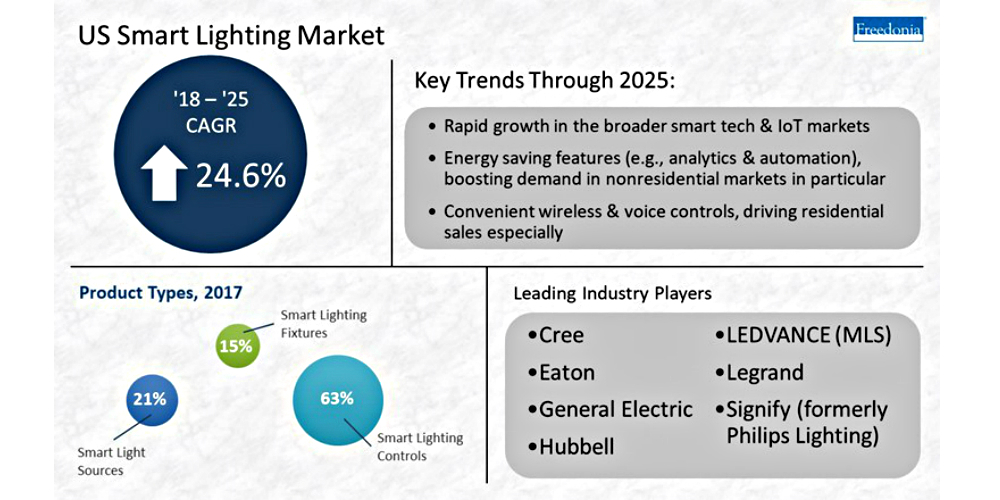 Lighting is among the most common applications that consumers and professionals upgrade to smart tech — along with security and HVAC control — and is often their introduction to smart building control.

CLEVELAND — Smart lighting controls accounted for 63% of smart lighting sales in 2017, according to a new report by research firm Freedonia Group.

Building control suppliers have readily expanded their product offerings to incorporate smart lighting capabilities into broader building automation and Internet of Things (IoT) systems, according to the study, titled “Smart Lighting in the United States.” 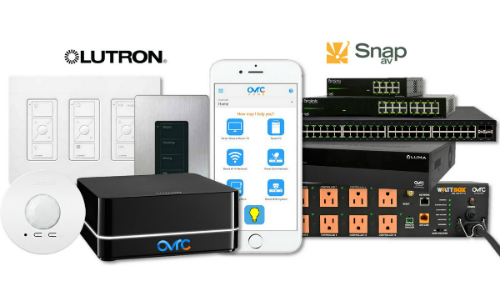 Demand for smart lighting (lighting sources, fixtures and controls) in the U.S. is forecast to increase to $945 million by year-end 2018. By 2025, demand is expected to reach $4.4 billion, driven by:

Suppliers can capitalize on consumer views of smart lighting as a convenience and a novelty by emphasizing its advanced control capabilities, including automated features, wireless control (including away-from-home), and voice control, according to the report.

Suppliers should also emphasize their products’ seamless compatibility with smart home speakers, hubs, and apps for smartphones, as well as color temperature and light color options that can be customized to suit different activities (e.g., watching a movie, settling down for sleep, getting out of bed).