As security companies look to at last move past the pandemic they are hamstrung by hardships like personnel shortfalls and supply chain slowdowns. Executives from four savvy dealer firms share how their businesses will emerge from the morass all the better for it. 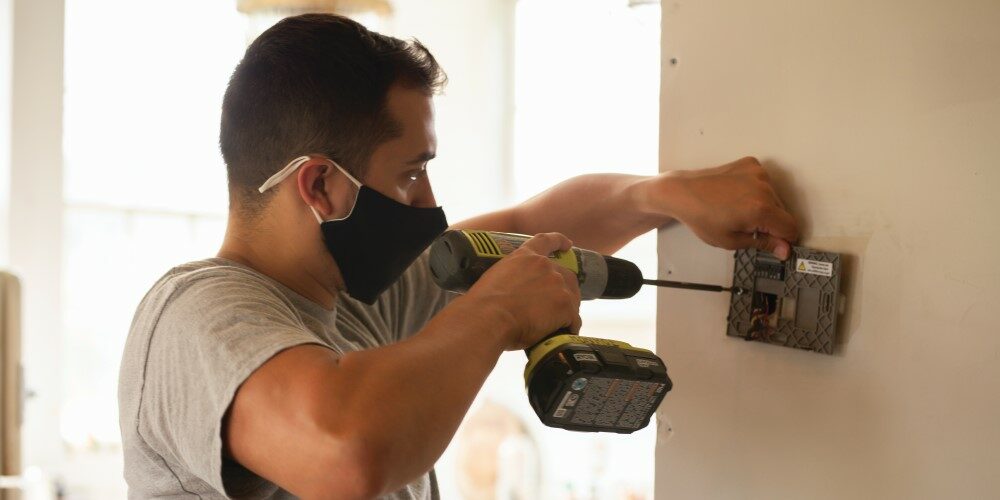 What are some post-pandemic silver linings your company is finding to improve?

Monroe: It’s planning, the need to plan more effectively, particularly as it relates to materials and personnel. It was so different before. We marketed, we drew opportunities, we aggressively pursued them, we sold stuff, we sent people out to take care of it, we got those materials in a few days. The project lifecycle was a few weeks at most. Now, what used to take days and weeks is taking weeks and months. That’s driving us to have to make sure we’re staffing for what we’re going to need. This is going to require us to learn how to be better planners.

Jackson: Realizing that it’s OK and effective for operators and other employees to work from home is a positive. Yet we learned that all of one way or the other is probably not the best. When everybody’s at home, there’s some efficiencies but you struggle with culture and oversight. When everybody’s here, you have some advantages but other things are not as favorable. Going forward, being comfortable with a hybrid model of some onsite and some at home will continue and is beneficial. As mentioned, planning better, forecasting farther and making sure you’ve got products on hand is good because it’s horribly inefficient for guys to stand around ADI rather than on the jobsite.

Another thing that has been reinforced is having a really good relationship with your vendor of choice, as that really pays off when times are tough. We’ve been a Honeywell Resideo dealer for a very long time. Through this, it’s really nice that we have such a good relationship with our reps and get heads up like, “These parts are going to be in short supply,” so we can order and stock up ahead of time. We get first priority when a new batch finally comes in, things like that. That was something for which we’re very thankful. 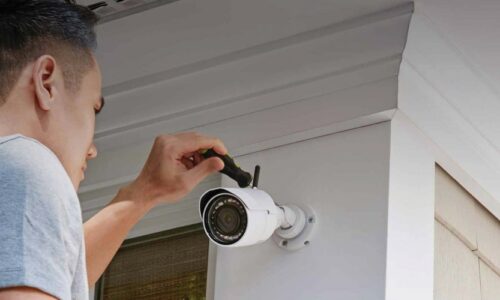 Related: How to Capitalize on the Rising Interest in Residential Video Cameras

Smith: We have two columns, if you will. One is the client base. I think the pandemic experience gave them a sense of trust that we’re not going anywhere. A lot of businesses unfortunately didn’t make it. Our customers knew if their alarm went off we were still calling them, still dispatching when needed, we still had that contact. That was huge for us. The other piece of the client base was the potential additional RMR with remote services such as Total Connect.

From a business side, it caused us to think more strategically, looking at the inventory, looking closer at numbers. And, I touched on it earlier, but we are much closer to eliminating wasteful paper than we were two years ago. Going paperless is tough to accomplish. One of the things we did was bought portable scanners, very lightweight and small, and gave them to each technician and person in the office. It’s helped us organize. Even while we’re watching the inventory, our organization is running tighter and more organized now than it ever has.

Rao-Russell: Our positives mirror what a lot of people said, like using technology better. And yes, it also reminded us to plan better because once upon a time when we became an employee-owned company, we were heavily leveraged and had to worry about every dime, and every piece of product and everything else. Now that we’re 18, 19 years into that and with a very strong cash flow, that’s not so much the case. We weren’t as thoughtful with it. Though if gas prices keep going up, I don’t know how thoughtful I can be. With the rest of it we’ll keep working on it.

Jackson: We have really shifted to text messaging with clients a whole lot more, since that’s how they like to communicate. I would now rather get a text message than listen to a voicemail myself so I’m right there with them. We use an internal tool called Podium, which is subscription-based and does a number of things for us. It works really well for being able to receive text messages through our main number, and text message clients. On the clients side, the technology they’re looking for is all about video. Previously when someone called and said, “I want security for my home or business,” they were talking about an alarm system. Now that same inquiry means they want cameras. It’s been a significant shift.

Monroe: Teams has been the big thing for us. Between Zoom and Teams, those were the big applications we’ve incorporated the most. Then we’ve also seen a huge spike in the use of text messaging. We have a policy of communicating with customers in the way that they want to be communicated with, whatever that is. There’s definitely a high comfort level with texting. For customers, they definitely have an expectation that everything they’re going to buy now has an app associated with it.

We don’t even sell an alarm system now that doesn’t include Total Connect. In fact, a lot of our customers don’t even care if their alarm systems are being monitored and dispatched, they just want the notification on their app. We always try to educate them on the importance of dispatch. The fact that they may be in their home, then something awful happens. Their app screaming at them may not help them as well as they may think. We definitely try to educate them on the importance of monitoring and dispatch.

Smith: I agree with everyone on texting. Other than that, I have to again mention our portable scanners and going paperless. The really cool part is it’s completely wireless or can be hardwired to your PC, and all our techs have a laptop with them on their jobsites. The benefit is, especially with team members working remotely, in the past they would wait till the end of the day to come into the office to do a paper-based data dump. They would provide everything from that day from service tickets to call list to contracts to form of payment.

Now we have the ability while the tech is still onsite, in a home with a client, to scan everything and send it. So instantly or close thereafter, the team here starts loading all the information so that monitoring is live and up and running within minutes. We now have a more real-time data entry process that has been very beneficial to us.

From a client standpoint a lot of people have mentioned the app, Total Connect, which we also use. We have very few clients that out of the gate don’t sign up with it. I’ve noticed with customers today that there’s a connection between the tech side and the appearance with a minimalist lifestyle. It’s not uncommon we’ve had clients ask us to hide or remove hardwired keypads.

They tend to like the desk mount more, they want something they can move from room to room that guests house don’t have to see, that there isn’t light intrusion in the bedroom when they’re trying to sleep. We took on an approach that, in particular with new homeowners, we don’t wall-mount any of the keypads. We make a promise to that client that if they decide within six months they do want it wall-mounted, we’ll go back to do it at no cost. In the year that we’ve been installing Resideo’s ProSeries, we’ve had to do that only one time. 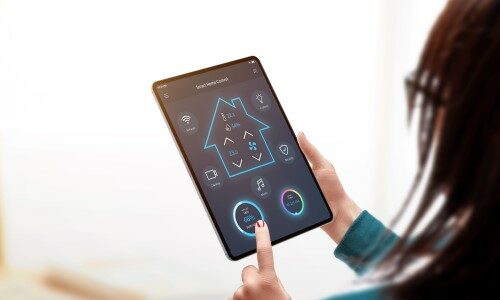 Rao-Russell: Internally, I will echo what everybody said about text and being able to communicate with customers. Key for us through the pandemic has been video conferencing. We use Teams or GoToMeeting. That’s been game-changing because it’s helped us not feel so disconnected and be able to work together. From a customer standpoint, I would echo again that it’s about the app and user interface. We also get a lot of people who want interactive video. If they get a notification their system’s not armed or that something’s bad, they want to be able to see the camera. If they have an activation, they want to be able to see what’s doing it.

They want to have it all in one app, all interactive, they want it all connected, they want it all together, they want ease of use. They don’t want to get an alarm indication in a text, then have to go into a different app and look at a camera. It’s not even a request anymore, it’s just an expectation for the customer. And as the future keeps going, they are going to expect deep and seamless integrations for all the security, smart and connected devices in the home.

Smith: The more you build those things into accounts with something like Total Connect, the less likely that client’s going to cancel someday because they’re dependent on those notifications and services you’re providing through the app.

Rao-Russell: Especially on a small business side. It becomes a business use as well as an alarm tool. Once it starts checking so many boxes, your customer becomes stickier because, frankly, who wants the hassle of changing everything? I know that’s not how we want to keep them customers. We say relationships for life. But if I can check all their boxes, they have no reason to ever talk to anybody else. It definitely helps create a much stickier customer. That’s what we want because we invest in our customers when we install stuff. We all subsidize. If we’re investing in that to get the recurring revenue, the longer we keep it the more value we build. It’s a win-win all the way around.