ADT organized a press conference in Louisiana along with the Better Business Bureau to inform consumers nationwide about deceptive sales practices. 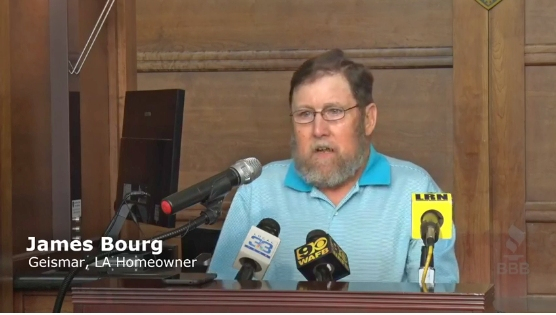 James Bourg, 62, of Greismar, La., described how he was misled into signing a contract with a salesman whom he thought was representing ADT.

“We’re talking about deceptive door-to-door sales reps who try to mislead and swindle homeowners in switching their home security service,” Louisiana State Fire Marshal Chief H. “Butch” Browning said at the May 18 event. “It is an alarming problem. And as the leader of the state agency responsible for the licensing and regulation of security companies, I am committed to stopping this fraudulent activity.”

A pair of local victims of fraudulent alarm sales tactics was also on hand to discuss their experiences of how dishonest sales reps tried to con them out of their contracts with ADT.

James Bourg, 62, of Greismar, La., described how he was misled into signing a contract with a salesman whom he thought was representing ADT. “He told me ADT was neglecting its responsibilities and going through to replace my alarm panel,” Bourg explained.

“After he quickly installed a new security panel, I did my homework and found out I was duped. I cancelled the next day,” Bourg said.

Dale Meredith of Cottonport, La., gave a detailed account of how a salesman spotted an ADT sign outside his home, then attempted to impersonate an ADT representative official who claimed to be there to replace his panel.

“He had gotten on the telephone and said, ‘I’m calling to have it set up and scheduled,’ and I said, ‘You need to get off that telephone. I’m not authorizing the changing of nothing,” Meredith continued. 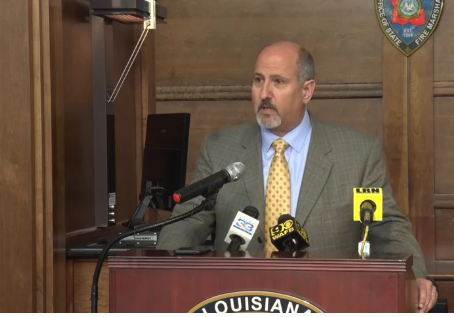 “When an alarm company deceives a customer by lying and misrepresenting itself, those actions reflect poorly on the over 500,000 security industry professionals who work hard to service millions of residential and commercial accounts,” Guilbeau said.

In 2016, nearly 3,400 customers complained to ADT about deceptive sales from competitors. That number dropped by about 800 last year. Although complaints continue to decline, ADT Chief Legal Officer P. Gray Finney said the company will remain vigilant to combat the problem.

“Whether we are bringing offenders to justice in a court of law or educating consumers in the court of public opinion, ADT will continue trying to stop deceptive sales in our industry,” he said. 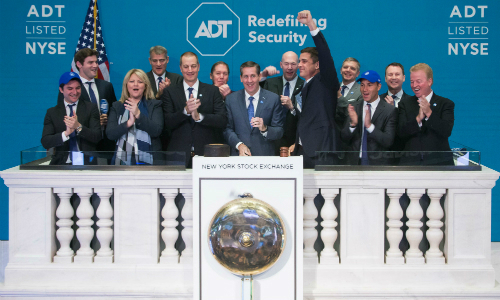 At today’s event, BBB shared tips for consumers who are considering a home security system, and also released advice to potential employees who are being recruited to spend their summers knocking on doors.

“We urge those who are selling security systems to abide by the BBB Standards for Trust,” said Carmen Million, president of the Better Business Bureaus serving Southwest Louisiana. “Tell the truth, honor promises, and embody integrity.”

You can view a recording of the press conference here.