Since 2013, ADT said it has filed numerous lawsuits against companies that have made false or misleading statements to ADT customers when attempting to solicit their business.

BOCA RATON, Fla. — ADT will receive a total of $5.5 million after agreeing to settle lawsuits against three security companies that ADT claims each used deceptive sales practices to dupe its customers.

In a press release, the nation’s largest security provider said it reached settlements with Alder of Orem, Utah, and its owner, Adam Schanz, along with two MONI (formerly Monitronics) dealers, Alliance Security of Cranston, R.I., and Capital Connect of Tucson, Ariz.

The agreements call for ADT to receive $3 million from Alder, $1.5 million from Alliance Security and $1 million from Capital Connect. The settlements also prohibit each company from employing further deceptive sales practices, according to the company.

“We hope these settlements once again show that ADT greatly believes in protecting its customers from deceptive sales practices,” says P. Gray Finney, ADT chief legal officer. “ADT will continue to pursue companies and their sales representatives who misrepresent themselves to deceive its customers.”

The settlements stem from two lawsuits in which ADT claimed sales representatives from Alder, Alliance Security and Capital Connect misled ADT customers into believing their companies were affiliated with ADT, or their alarm systems required upgrading. The lawsuits were filed after hundreds of ADT customers complained about the deceptive sales practices of these three companies.

Since 2013, ADT said it has filed numerous lawsuits against companies that have made false or misleading statements to ADT customers when attempting to solicit their business. ADT obtained court orders prohibiting those companies from further deceptive sales practices, in addition to receiving monetary compensation.

ADT’s website includes information for consumers to learn about sales scams in the security industry and to report being victimized.

READ NEXT: How Alarm Companies Can Defend Themselves From Door-Knocking Competitors 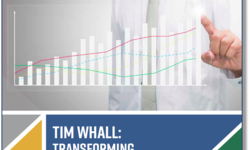 Tim Whall: Transforming Your Business from Good to Great 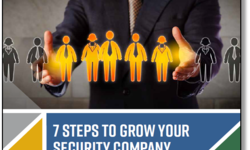 7 Steps to Growing Your Security Company Through Acquisitions