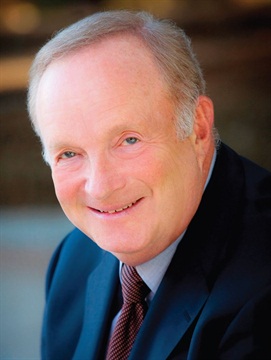 “My success as an attorney for the industry can be attributed, in part, to my having actually operated an alarm company. As a result, I have a good understanding of the problems and issues facing my industry clients. Also, Les Gold served initially as my mentor and has been my partner and dear friend for more than 35 years. I would like to be remembered as a person who cared deeply about the security industry and its mission. That I fostered and nurtured the proposition this industry’s primary goal is the protection of the lives and property of our customers, and not just the creation of recurring revenue.”

“Helping develop the Alarm Company Act in California was very memorable, as it was probably the first state to have comprehensive alarm industry regulation that was beneficial to the industry. Also, I was counsel in the transaction that created Protection One and helped them launch one of the industry’s first dealer programs. And we represented Vivint in its early stages and would like to think we helped them develop into a creditable and valued member of this industry. In addition, we were involved in several of the earliest transactions that brought traditional bank financing to the industry, which helped spur its growth.”

“It makes sense for an attorney to be active in the trade groups — it’s good for business. But also I believe participation gives back to the industry and clients. Providing legal services to the industry enables it to conduct its business in compliance with legal requirements that can be complex. The most satisfaction comes from doing a successful M&A transaction. Helping a seller realize the economic benefit of years of work and a buyer acquire accounts or a company that helps it grow and achieve an objective of its business plan, are both very rewarding. In a well done deal everyone is happy. That is particularly gratifying.”

“It will take the law some time to catch up with the growing use of new technology such as GPS, PERS, video, etc., and the plethora of new service offerings the industry will offer in the future. The ability to send data directly to customers’ smartphones and let them be more involved in the actual provision of the services may create a greater risk of putting the customer in danger by reacting to a situation. As the industry grows and number of customers increase, and services broaden, more attention will be paid by regulators and consumer protection groups. The industry has enjoyed liability protection in its contracts for well over 60 years, but the more the industry grows the greater the probability of a horrific event triggering a negative change. The industry must take appropriate steps to ensure that the contracts it uses stay current with the products and services being provided. Changes in laws and regulations can render contract forms obsolete in a heartbeat.”