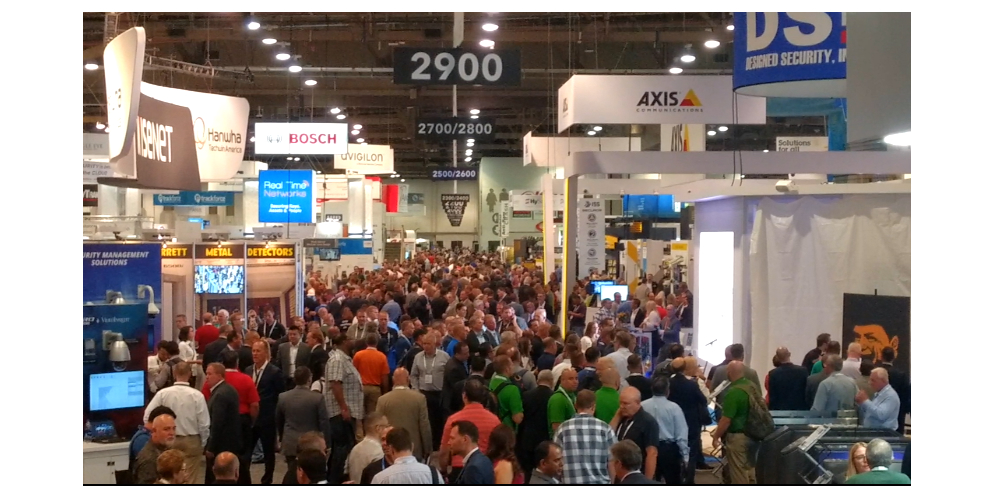 Attendees flooded the exhibition floor en masse when doors opened on the first day of GSX 2018, held at the Las Vegas Convention Center.

LAS VEGAS — In recent years, ASIS Int’l has staged permutations of its annual Seminar and Exhibits that seemed to want to be all things to all security professionals. Traditionally staged as an end-user event, organizers made efforts to incorporate educational curriculum and other facets of the event that were marketed specifically to systems integrators. With the 64th installment, rebranded Global Security Exchange (GSX), the flagship ASIS event returned firmly to its corporate, enterprise and industrial security roots.

SSI’s Editor-in-Chief/Associate Publisher Scott Goldfine and Senior Editor Rodney Bosch walked the entire show floor throughout the exhibition (Sept. 25-27) to bring you the following report, along with online photo galleries and videos. 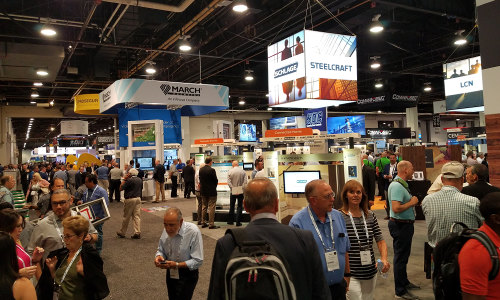 Immediately apparent were a number of the largest tradeshow mainstays — such as Honeywell, Napco, Stanley Security, to name a few — that exhibited their wares and services in a reduced booth footprint. Other companies that have helped anchor previous shows, including Assa Abloy and Hikvision, elected not to exhibit at this year’s show. The former’s subsidiary HID Global did exhibit in a sizeable booth, while Hikvision showcased its central management system (CMS) and extensive integration capabilities in a separate showroom.

“We’ve met end user after end user at this show and have been doing nothing but following up with all of the leads we’ve brought in. Our team will be extremely busy working to secure business for months to come,” Fenner commented.

As you can see in the picture above, the length of the exhibit hall’s main aisle was dramatically packed with attendees shoulder-to-shoulder following first day’s exhibition kick-off. The throngs of security industry stakeholders would later diminish in the afternoon. Day two of the exhibits also began with brisk attendance before similarly dropping off later in the afternoon. Traffic on the show floor during an abbreviated third day was, well, mostly abysmal.

Related: Pivot3 Explains How Security Pros Can Move Into World of IoT

Further cementing GSX as a clear corporate and institutional end-user show nowadays is the fact that the overwhelming majority of vendors have little or nothing to do with security dealers or systems integrators. The 2018 installment is said to have featured 550 exhibitors from more than 113 countries. Several years ago at its peak, ASIS Seminar and Exhibits had roughly twice as many exhibitors.

Surely industry consolidation and an increasingly crowded security event calendar has, in part, continued to whittle away at vendor participation. Still, here’s an unscientific observation: maybe less than 30% of exhibiting vendors are of no obvious interest or relevance to the security dealer/integrator channel.

That’s not to say there is no longer value for dealers and integrators to attend future installments of GSX. There most certainly is value; and for some installing security contractors, high value. Plentiful networking opportunities may provide justification alone, but walking the exhibition floor also provides necessary insights to current technology trends in access control, video surveillance, fire/life-safety, as well as emerging technologies such as drones, biometrics and cybersecurity measures. 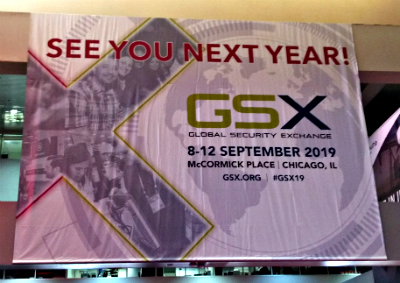 To the latter reference, GSX 2018 included a special co-located installment of the Cyber Security Summit, held annually in Minneapolis, in an effort to expand the breadth of cyber education. Elsewhere on the show floor, a learning center showcased case studies and best practices that addressed security challenges facing practitioners across all industry sectors. These included active shooter scenarios, bullying in the healthcare industry, and the risks associated with hosting a public event at cultural institutions.

Stay tuned this week as we’ll have more images and videos to post from our time at GSX.