AT&T’s plan to design and build FirstNet, a dedicated public safety broadband network, received the thumbs up from all 50 states and Washington D.C.

DALLAS — AT&T (NYSE: T) announced that all 50 U.S. states and Washington D.C. have confirmed participation in the nationwide broadband network it is building for first responders as part of a $6.5 billion government contract.

The concept for the First Responder Network Authority (FirstNet) sprouted in the wake of the events of Sept. 11, 2001. The 9/11 Commission recommended the network as a way to overcome the communications failures that first responders contended with in the aftermath of the terrorist attacks.

In March 2017, the federal government awarded the job of creating FirstNet to AT&T. The nation’s No. 2 wireless carrier will receive 20 megahertz of wireless airwaves and success-based payments of $6.5 billion from FCC spectrum auctions over the next five years as part of the project. AT&T says it expects to spend about $40 billion over 25 years to build and maintain FirstNet.

Related: Verizon Will Build Network for First Responders to Compete With AT&T’s FirstNet

States had until Dec. 28 to opt out of FirstNet and build their own public safety networks. In addition to the states and Washington, D.C., Puerto Rico and the U.S. Virgin Islands also opted for FirstNet, according to AT&T. Decisions from the three Pacific territories of American Samoa, Guam and Northern Mariana Islands are not due until March 12.

In addition to the public safety benefits, FirstNet also provides some benefits to AT&T’s customers, as the carrier will be allowed to use its increased spectrum to provide more data to its customers when it is not being used by first responders.

AT&T says it spent most of 2017 readying its existing infrastructure to provide a solid foundation for FirstNet. In 2018, it will work to expand improve its infrastructure and expand LTE coverage.

“Our FirstNet offering will forever change the way first responders communicate,” says Chris Sambar, senior vice president, AT&T, FirstNet. “Securing 53 opt-ins is significant for the public safety personnel that this network will serve. And we’re honored to give first responders across the country quick access to this life-saving solution.” 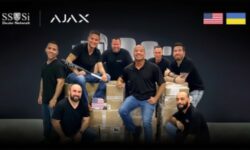