Security specialists from across the industry landscape provide their take on critical shortcomings that led to the once-vaunted brand’s fall from grace. 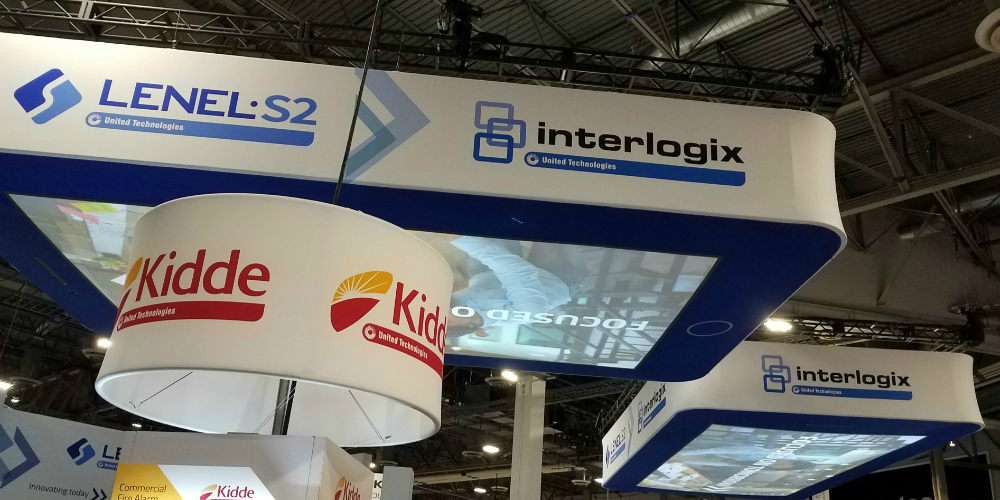 Interlogix said it decided to close business by the end of year after a thorough review of its security portfolio. The company will instead focus on growth opportunities in its other fire and security businesses, such as Chubb, Edwards, Kidde, LenelS2 and Onity.

Maybe United Technologies Corp. opted to shut down Interlogix in the U.S. and Canada by the end of year because they were unable to find a buyer at the right price. Were there any suitors that kicked the tires and earnestly looked under the hood?  If so, what scared them off? The answers to those questions reside behind closed corporate doors.

But there is no such ambiguity about why the once-prominent brand — which still holds considerable market share, albeit stagnated — fell from grace. In speaking with multiple security industry stakeholders the answer is stark and resonant: Lack of innovation.

Last week, the company — a part of Carrier, a brand of the UTC Climate, Controls & Security division — began notifying its employees, dealers and distributors of its plan to shutter. The company said it came to its decision after a thorough review of its security portfolio, and will instead focus on growth opportunities in its other fire and security businesses, such as Chubb, Edwards, Kidde, LenelS2 and Onity. 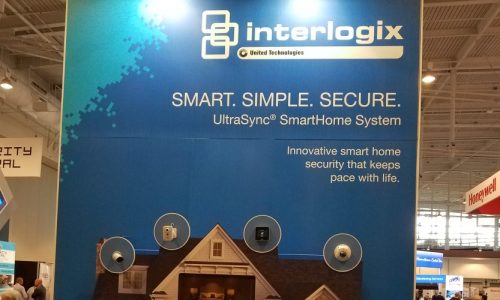 Interlogix will continue to provide customer service in the areas of technical support and product fulfillment, as well as fulfill all warranty obligations, the company stated in a letter sent to distributors, obtained by SSI.

“While we may be winding down Interlogix, we are committed to ensuring that you have the products necessary to support your dealers during this transition,” the letter stated. The company also said, “Our dealers will be able to purchase, install, register and service our products with the complete confidence that we will stand behind them through 2020 and beyond.”

The announcement stunned many across the security ecosystem, given Interlogix’s rich heritage and massive base of installed systems and products across North America. The company was founded in 2000 by SSI Industry Hall of Famer Ken Boyda with the merger of ITI and SLC Technologies. Among well-known brands rolled up by Boyda were ESL, Aritech, Casi Rusco, Sentrol, Supra, Edwards Systems Technology (EST) and others.

In 2002, Interlogix was sold to General Electric for $777 million, marking the corporation’s entrance into the security industry. UTC acquired the then GE Security business in 2010 for $1.82 billion and brought back the Interlogix namesake. Yet despite being owned by deep-pocketed industrial conglomerates, Interlogix’s considerable brand equity eventually began to fade. Dealers and industry pundits have criticized both GE and UTC of brand management disarray and product lines that lag well behind competitors.

“It’s all about product roadmap. It’s all about what’s happening in the future. UTC was five years behind everybody,” says Kirk MacDowell, president of MacGuard Security Advisors, a consultative firm. MacDowell served nine years with Interlogix, including seven years under GE and two years under UTC. “Launching any product and a roadmap is a long, arduous process. It’s an expensive process,” he said. “Interlogix, since the UTC acquisition, has just been unable and unwilling to make the capital investment needed to do that.”

Like with so many Interlogix dealers, John Whitehead, CEO of True Steel Security of Sudbury, Ontario, Canada, said the company’s decision to call it quits came as a “100% surprise to us, we never saw it coming.”

Whitehead’s company has installed the Interlogix brand for more than 25 years, going back to when it was ITI, with thousands of clients using Simon and Concord intrusion panels. “For our purposes, they are solid and we are pleased with them. Our sales representatives and our technicians know these product lines inside and out,” he said.

Whitehead said he would have to quickly decide on a new panel manufacturer. “Actually, two new panels. We need the traditional hybrid panel that will allow hardwire and wireless zones. But we also need a self-contained, 100% wireless panel. I don’t know if we will find suitable ones from the same manufacturer.” 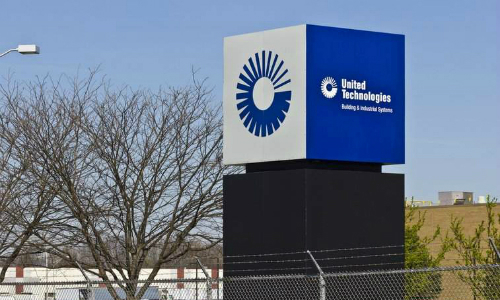 True Steel’s sales representatives and technicians will also have to be trained on new equipment, complicating the transition, he said.

Glenn Gillas is proprietor of IconiPro Security & Alarm, a local company based in Pacific City, Ore., which has serviced the Oregon coast since 1995. IconiPro supports hundreds of Interlogix’s NetworX NX-8 panels — for commercial and residential accounts — many of which came by way of an acquisition the company made in 2014.

Gillas speaks highly of the NX-8, “They are fantastic panels. It is a good, solid platform.” But Interlogix, he said, failed to bring to market a Verizon-compliant cellular radio that could take advantage of strong cell service in his coastal service area. Interlogix does offer a radio compatible with Verizon but it is through Alarm.com, “and we’re not Alarm.com users,” he said.

Without a usable cellular radio for the NX-8, Gillas was unable to upsell or meet the request of end customers who might otherwise have purchased upgrades for remote access and other interactive feature sets. And, by the way, the demise of POTS lines makes communication path alternatives a necessity.

“Failing to give the end user remote access and a radio that is keeping up with the times is where they have really failed us. And it’s not for lack of giving feedback to our reps.”

The path forward for IconiPro will be to continue servicing the hardwired NX-8 as needed, and when the customer requests or requires a new system they will have to bear the cost for a more advanced panel. With Interlogix not keeping pace, IconiPro also became a steadfast Honeywell dealer, whose panel Gillas said offers “an excellent communicator with an excellent user interface — which is why we stopped installing the NetworX line a couple years back.”

“The end user is who suffers most out of this,” Gillas said. “Heaven knows I can’t eat the cost of doing a whole panel replacement.”

Amid UTC’s intentions to separate into three independent companies, and halting the sale of its Chubb fire-safety and security business, Interlogix appeared to be making some headway to elevate the brand among installing security contractors and end customers.

This included relaunching the once prominent Security Pro Dealer Program in April and professing other portfolio advancements, such as TruProtect, a scalable commercial security solution. However, the company remained hamstrung by technology advances brought to market by legacy competitors and new entrants. For example, the Interlogix line of UltraSync smart home and residential security products have failed to gain much traction since being released in 2016, sources said.

“I expected that Interlogix would be acquired by a competitor. Shutting it down took me by surprise. I haven’t seen the financials, but from a technological perspective, Interlogix was floundering,” SS&Si Dealer Network President Jake Voll commented. “While everyone else was battling for the slickest all-in-one touchscreen, they released UltraSync — the hub didn’t have a display and looked like a throwback to Simon 2 — almost absurdly nostalgic.”

Meanwhile, competitors such as Qolsys have continued to gain market share. It didn’t help that Interlogix panels could not be replaced with Qolsys IQ Panels, since both support 319.5 MHz sensors, Voll said. Wireless sensors have historically been a high volume, high margin product category for manufacturers, but many dealers opted for compatible third-party sensors due to lower prices and longer warranty periods. 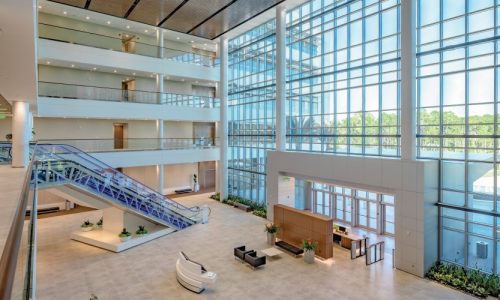 “In response, other manufacturers went back to the drawing board and soon released proprietary, encrypted sensors — not Interlogix. In the end, I think Interlogix primarily competed on price,” Voll said.

He continued, “Fortunately, there are some really great options available for dealers to make a smooth transition. Compatible wireless sensors from manufacturers like Qolsys and Alula will ensure they can service existing systems.”

Voll, whose company caters to small and medium-sized dealers, said the Interlogix shutdown will force dealers to compare the options available to them. But he expects most dealers will transition toward something familiar to them: “For the all-in-one guys, the Qolsys IQ Panel 2+ will make a lot of sense since it’s on the Alarm.com platform and supports existing 319.5 sensors they have in the field. For the dealers who prefer a traditional hardwired system, most will transition smoothly to DSC or Resideo. Alarm.com has compatible communicators for both.”

The major takeaway in the wake of Interlogix’s demise in North America, Voll said, is manufacturers have to compete on technology. “Competing on price alone will put you out of business. As an industry, we have to be quick to innovate and improve. We cannot ignore consumer preferences and we need to push dealers outside of their comfort zone and into the products that will help them succeed.”

As installing security contractors are left scrambling to determine what equipment they will use going forward, Whitehead shared he is especially fretful about losing touch with Interlogix employees and fellow dealers after almost three decades of close affiliation.

Ultimately, Whitehead expressed, what is paramount to the equipment are the relationships formed over the years and reaping the indispensable value of working within a familial-like camaraderie. He credits the resources available to him as part of the Interlogix family for his own personal success as a business executive.

“The person I am, and the company I have built, is a reflection of all of these dear friends that I have made over the years. And these relationships were all made possible by the manufacturer I settled on — ITI, Interlogix,” he said. “I am not angry with anyone for what has happened. But I am saddened by it.” 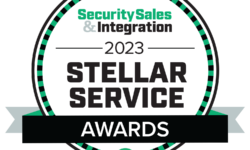