With an expanded show floor and record attendance, ISC West reflected a vibrant industry in the midst of bringing to bear connected products, advancing technologies, and newfound security and business intelligence services. 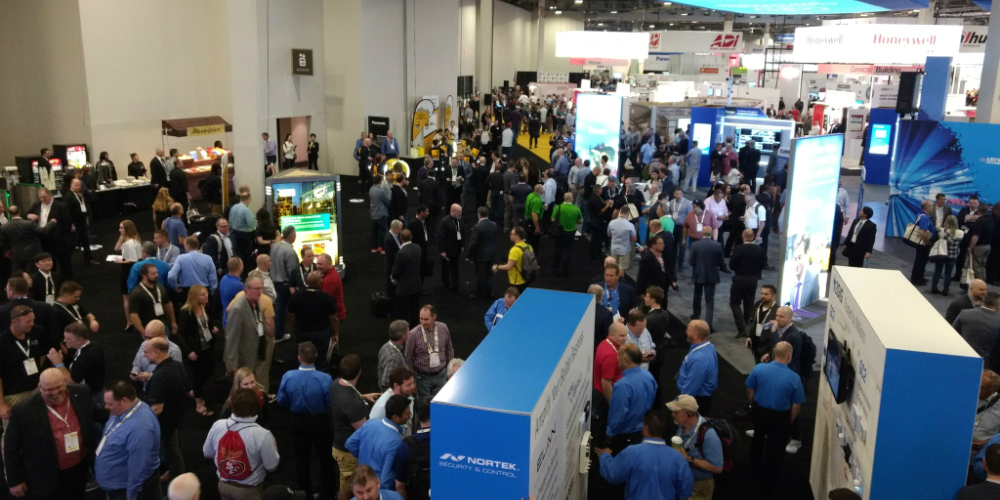 Attendees flood the ISC West 2018 exhibition floor on the morning of the tradeshow's opening day.

LAS VEGAS — Aisles jam-packed with throngs of motivated attendees? Check. Products and technology exhibits that exemplify current and burgeoning physical-logical security trends? Check. A venue to engage industry challenges and illuminate organizational and technological deficiencies? Check. By most any account, ISC West 2018 will go down as an unmitigated winner.

According to event producer Reed Exhibitions, attendance increased 6% above last year’s show, with well over 30,000 industry stakeholders descending on the Sands Expo & Convention Center April 10-12 to set a new record turnout for the third consecutive year.

More than 1,000 North American and international vendors and service providers across the physical, IT and IoT security ecosystem were joined by a raft of new exhibitors at the tradeshow.

“Another successful year in the books,” announced Sherida Sessa, industry vice president of ISC Security Events at Reed Exhibitions. “The enthusiasm of our attendees, loyal returning exhibiting companies and the 250 new exhibiting companies continue to inspire us to put on the best show we can. We’re so pleased with the turnout and want to formally thank everyone — attendees, exhibitors, speakers, our media partners and sponsors, and most importantly, SIA, for helping to make this year the biggest and best show we’ve had yet.”

SSI spoke with multiple attendees who expressed a similar regard for the 2018 installment, including industry luminary Les Gold, a partner with Mitchell, Silberberg & Knupp (MSK). 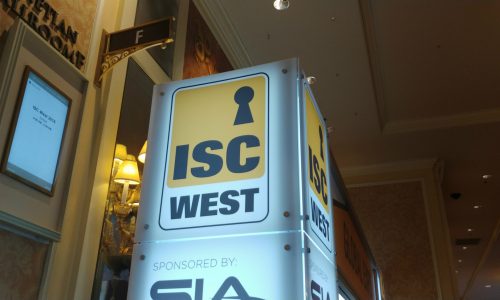 “Having formed the original corporation, which is now ISC, I have been to all of the shows and I certainly believe this show was the most well attended and the best,” said Gold, an SSI Industry Hall of Fame inductee. “Everyone I spoke to seemed genuinely satisfied with the number of folks who visited their booth. There was a genuine interest in the connected home, the drones and cybersecurity.”

Saliq Khan, a vice president with Imperial Capital, said each year the tradeshow affords him the opportunity to actively mine the exhibition floor for starts-ups and large conglomerates that are introducing innovative and meaningful products that investors care about.

“This year was no different and I walked away with a dozen or more names of relevant companies across IoT, smart premises, access control, alarm monitoring, biometrics and video analytics,” he said.

What he found most useful at this year’s event, Khan said, were long-awaited conversations focused around the convergence of physical and cybersecurity.

“I did not go into the tradeshow expecting to hear C-level executives speak about their plans to address cybersecurity and data breaches, and I certainly did not expect to see companies showcasing solutions to protect IoT objects and customer data,” he said. “However, that is exactly what I experienced.” 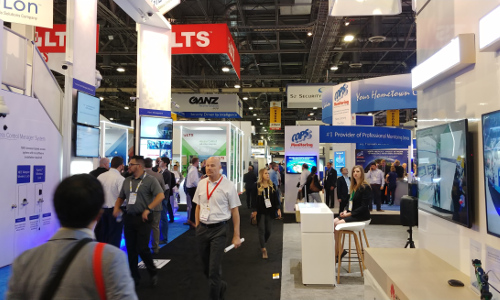 Related: The Second Day of ISC West 2018 in Two Minutes

The state of physical and cybersecurity convergence has been sluggish, despite repeated and well-publicized malicious attacks. Given the heightened awareness of cyberattacks, and the recently televised government conversations around cybersecurity and data protection, Khan voiced the physical security industry no longer has any choice:

“Companies must embrace the physical-cyber technology convergence and provide relevant systems and solutions to fully protect the residential, commercial, industrial and critical infrastructure,” he said. “These are exactly the types of conversations that we at Imperial Capital have been having over the last several years.”

Beyond cybersecurity — and an accompanying sense of urgency the wider industry needs to step up its game — perhaps the heaviest promoted trend at the show was artificial intelligence (AI). Dahua, in particular, aggressively marketed this theme outside the exhibition hall with massive banners, along with making it a focal point of its exhibit space. The company also hosted a presentation titled “AI Creates Value” during which its president, Ke Li, and others, addressed a packed ballroom.

Other big takeaway trends SSI editors observed on the show floor were the further entrenchment of: analytics, integration partnerships, robotics, higher resolution and more refined video, wireless, remote diagnostics, gunshot detection, as well as the continued rise of the smart home. Key to keep in mind: the industry awaits major traction and breakout opportunities in most of these areas.

ISC West, in conjunction with SIA Education@ISC, increased its educational offerings to include more than 85 sessions. Among the most highly attended sessions, according to organizers, were “Access Control and Video in the Cloud”; “The Evolution of Credentials and Their Use in the IT, OT and Physical Security Environment”; “Connected Home — The Future Is Now”; and, “The Future of Physical Security: The Decade Ahead.”

“The education track at ISC West continues breaking new ground and staying relevant to the needs of the attendees. The ‘Essential Leadership Skills for the Emerging Leader’ and ‘Key to Executing Business Strategy’ sessions I participated in had great interaction, traction and guidance from the PSA Security training professionals,” said Paul Boucherle, founder of Matterhorn Consulting and author of SSI’s “Business Fitness” column. “There were some unique new technology and design solutions that I liked and will highlight in SSI soon. Overall, a very well attended, connected and interactive show that continues to claim new high ground in industry relevance.” 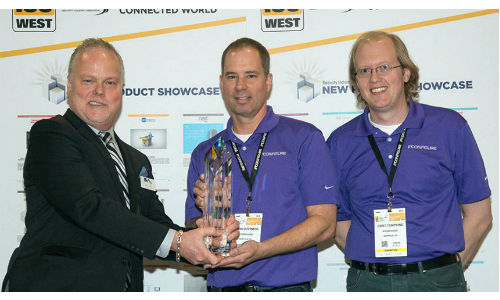 On the eve of ISC West, SSI hosted its annual SAMMY Awards, SSI Industry Hall of Fame induction and Most Valuable Product (MVP) Awards presentation. Go here to view the individuals and companies honored during the standing room only affair.

Don’t miss SSI’s May issue for additional reporting on ISC West 2018. Also, the June issue will be replete with sales and marketing best practices from this year’s SAMMY winners, plus which vendors received top honors in each of the MVP Awards categories. See the July issue for in-depth profiles of this year’s installer and installation award winners. The 2018 Hall of Fame inductees are featured in the March issue and securitysales.com/HOF.