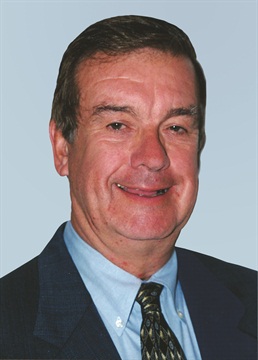 Colleagues, friends and family remember him as an American patriot, loving and devoted family man, inspirational leader, astute businessman, and industry visionary. Qualities he exuded included unshakable integrity, intense focus, hard work ethic and conscientious practice of high ideals. Known as a “loveable curmudgeon,” his children and staff members often recite what they call “Mabryisms,” such as “The slow buffalo drinks dirty water” or “It’s like spitballs against a battleship!”

He often espoused the importance of rewarding and recognizing others stating, “… people go to war for the money, but die for the medals.” However, he never sought recognition, preferring instead to focus on established priorities. Recognizing his many contributions to NBFAA and the alarm industry, he received the Morris F. Weinstock Person of the Year Award in 1983. He received further recognition in 2004 when he was presented the Stanley C. Lott Award, CSAA’s most prestigious recognition of leadership and support.

Being Active in Trade Associations

He perceived that the industry lacked a consistent image of quality and integrity. So he sought to bring cohesion and professionalism to the security alarm industry through involvement in trade associations. He founded NBFAA’s National Training School (NTS) in 1985, which remains the leading training program in the U.S. for alarm professionals. More than 40,000 security professionals have earned NTS certifications or completed courses since 1985 — by far, the most trained by any industry organization in the past 25 years.

In 1968, on his first business trip as American Alarm president to meet with the V.P. of security for Kroger’s supermarkets in New York, his plane crashed on initial touchdown at LaGuardia and was forced to pull up and land at JFK Airport. His life flashed before his eyes after seeing the ground below through the plane’s fuselage. During the confusion, he was able to save the life of the passenger next to him. Tattered and covered in blood from the other passenger, he was denied a room at a nearby hotel because President Lyndon B. Johnson  was staying there. However, after sharing his ordeal with a Secret Service agent, he was granted a room. Later, after a bellman got no answer knocking on the door of his room in an attempt to deliver a new set of clothes, security was summoned. It turned out he had just been in the shower, so they found him alive and clean.

He was of strong faith, sentimental and caring, having paid college tuition for a less fortunate individual and always responding to employees in need. From his own pocket, he would loan money that while typically paid back was done so without expectation of repayment. These actions resulted in him creating deeper bonds and earning more respect of those around him. Ultimately, he was repaid in hard work and the ethical practice of his high ideals. He often stated, “Your people are a reflection of yourself.”