How Mass Notification Can Add RMR to Your Next Alarm Project

Mass Notification Systems (MNS) is a growing field with revenue opportunities in the corporate, healthcare and education markets. 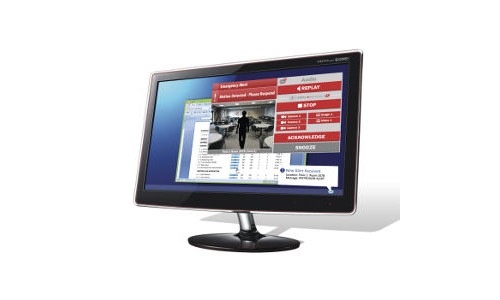 The concept of Mass Notification Systems, or MNS for short have been around for a number of years.

Depending when you were born and where you lived, there were air raid or civil defense sirens.

These were used in London and elsewhere during World War II and during the Cold War during the 1950’s and 60’s. I well remember them being tested every month while I was in grade school.

In 1996, the Khobar Towers were attacked in Khobar, Saudi Arabia. This attack was executed by a truck that was loaded with explosives that crashed through the perimeter defenses of the building. Housed within were members of the United States Air Force 440th Wing.

Security knew that an attack was taking place, but had no real means to alert the occupants within the building, other than a room-by-room evacuation. While this was credited for saving a number of lives, 19 individuals were killed and 498 injured.

This was however not a consensus based standard. In 2003, the Air Force asked the NFPA to develop a standard for mass notification systems. The Standard Council of the NFPA agreed to this and the project was given to the NFPA 72 Technical Correlating Committee.

The first reference of MNS within NFPA 72 was in the 2007 edition, and is found within a new annex for that edition, Annex E Mass Notification Systems. For this edition there was no separate technical committee for these systems.

By the 2010 edition a new technical committee was formed and a new chapter, Chapter 24, Emergency Communications Systems (ECS). In addition, NFPA 72 was relabeled to The National Fire Alarm and Signaling Code.

Underwriters Laboratories in 2011 released ANSI/UL 2572, Mass Notification Systems. This is a standard for the manufacturing of mass notification equipment.

Originally these systems were being specified at military and government facilities. Within the United States, active shooters within a school or university began to occur. Means were then looked at on how to notify the staff and students.

While in the fire code, the intent of these systems is for more than just the alerting of a fire.

These systems are now starting to move into commercial and business occupancies. Industrial locations are asking for systems to be installed for the alerting of emergencies such as a hazardous spills or releases, severe weather, active shooter and so forth.

As a security and fire alarm contractor, you should become familiar with the requirements of these systems that your local AHJ’s may have. You should also be looking at the various products that are on the market that can be used to provide various solutions to your existing subscriber base and new prospects. In a future blog I will review the various types of MNS systems.