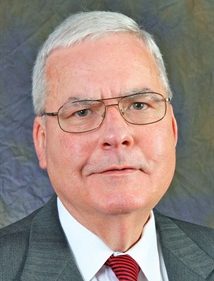 “My parents allowed me, at a very young age, to take over responsibility of the company and learn a lot of things the hard way while they were still alive to support me. I’d like to be thought of as fair, firm and consistent by my colleagues and someone who always tried to do the right thing, had high ethics and high integrity. I attribute the success we’ve had as a company to the people I’ve had the opportunity to work with, both mentors and co-workers. My greatest professional accomplishment would be the many great employees that are able to support their families through this business. Some of the greatest challenges I’ve faced are people challenges. I’ve learned you overcome them by sharpening your saw — attending seminars and participating in trade association meetings to share best practices when it comes to working with people.”

“Early days in the industry were spent working long hours, drinking lots of coffee and smoking a lot of cigarettes. We tried to figure things out the hard way — we’re much more professional today. I believe they call that working smarter, rather than harder. I also learned the harder you work, the luckier you get. You should be nice to people on your way up because you may meet them on your way down. You should treat everyone equally; we all put our pants on the same way.”

“Obviously technology has been the most prevalent change but most issues remain the same. One consequence would be in many cases, the customers may receive more timely service. However, the ‘people’ aspect suffers and relationships aren’t as close as they used to be years ago. With so many advances and so much automation available, we have strived to use those in areas that will benefit the customer most, such as online services, paperless options and having the most cutting-edge equipment. However, our central station still answers live 24 hours a day and we encourage face-to-face interaction with our customers.”

“I’m currently involved in the Buoniconti Fund, an organization that was created to help cure paralysis; Quad City Cultural Trusts; and Assumption High School Long Range Planning Committee. I also like to support the local political agendas to best benefit taxpayers and support the free enterprise system. Through the years I’ve been involved in a number of charitable endeavors; I’ve chaired fund drives and served on boards of not-for-profits, including a high school and a university. Per Mar also has a committee, led by my daughter, to ensure we’re helping in all of the communities we serve.”