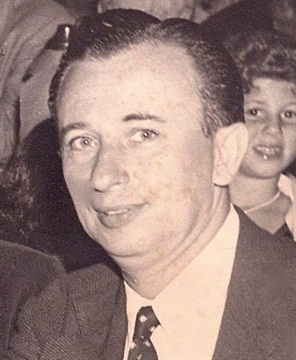 In 1922, after the apartment above the family food store where Morris Weinstock, 12, and brother Jack, 11, lived in Cleveland was burglarized, Morris rigged up a set of batteries and a button hidden under the counter to a bell in the apartment upstairs to call for help. This was his first attempt at a security system. Shift ahead 12 years, and the Weinstock brothers cut a hole through the wall into an adjoining area of the building to use the food store’s phone line to establish their new alarm company — Morse Signal Devices. The name was inspired by telegraph inventor Samuel Morse. The first alarm system they installed was at a dry cleaner across the street.

The aftermath of World War II resulted in smaller independent alarm companies facing a shortage of bells, electrical contacts and copper wire. Therefore, they needed to join forces. In 1947, Morris Weinstock and Ben Call of Call’s Police Signal Corp. in Boston got together and hired an advertising firm to send letters to 165 U.S.-based independent alarm companies asking if they would join an alarm industry association. About 20 companies attended the first National Burglar & Fire Alarm Association (NBFAA) meeting, held February 1948 at Chicago’s Sherman Hotel. It was the first time owners of small independents throughout the country learned of each other’s existence. In 1955, Weinstock was named NBFAA president.

Setting the Stage for CSAA

In late 1949, Morris Weinstock and seven other alarm company operators met at Chicago’s Merchandise Mart to form an association of UL-approved central stations that would present their views to the UL and the Casualty Insurance Bureau. The company owners first named the new association the Central Office Protection Association, later the Central Station Electrical Protection Association (CSEPA). Today it is known as the Central Station Alarm Association (CSAA). They wrote by-laws that would restrict CSEPA membership to only alarm companies that had only one central station and to only one alarm company per city. This was to eliminate conflict of competitors in the same area and to encourage more open discussions. Through the years, the bylaws were changed to admit more members.

“My father would offer advice to anyone seeking it — whether it was a competitor down the road or across the country. He always felt that if everyone in the alarm industry worked together to promote the industry and the work it does, everyone would collectively benefit. If the NBFAA policed the activities, ethics and moral value of its members, every company would be the better for it. Unity, strength and sharing were his bywords. He very much loved what he did and his reputation and honor was very important to him. He respected people and listened carefully to what they had to say. He was also very skilled electronically and knew how things worked, why they worked, and how to make them adaptable to his business. He designed circuits, instituted new ideas and equipment, and was open to any and all new pieces of equipment — often being the first to experiment with them.”