DICE Corp. brass discussed a rebranding initiative during an online press conference, emphasizing AI-enabled services and an expanded customer base. 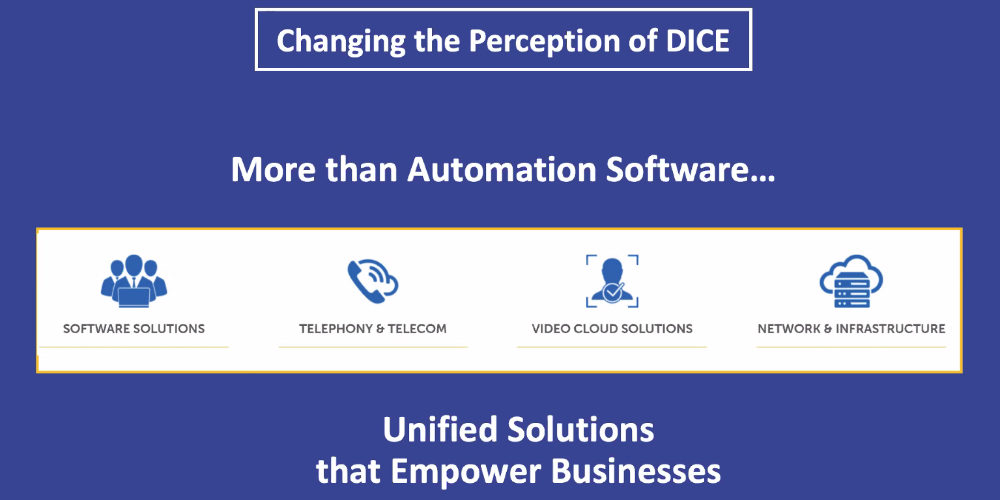 DICE Corp. is working to expand the perception that the company mainly serves large central stations.

DICE Corp. is undertaking a mammoth rebranding initiative that will not only remake the company and its portfolio roadmap, but also aim to forge the very future of monitoring services.

Brand-named “The New Dice,” the initiative is part of the company’s multimillion-dollar investment in new technologies, products and services. These include Internet of Things (IoT), machine learning and artificial intelligence (AI), analytics, integrated audio and video, and much more. 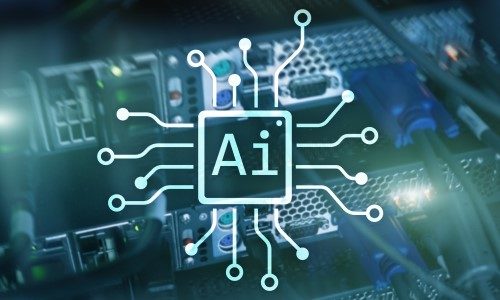 Lupo explained the company now offers several new event management platforms and products for integrated business operations, accounting, resiliency, telecom, video and mobile — all of which provide unified solutions to empower businesses of all sizes. The end game is to go beyond basic security monitoring and give central stations and installing security contractors the ability to offer new automated and smart services that drive increased RMR, while reducing operational time and resources.

“We understand that the world is changing and that there is a need to change with the evolution of technologies,” said Lupo, an industry veteran who joined the company at the beginning of the year.

Within those four divisions resides the company’s wider ecosystem, a collection of unified solutions as depicted in the following slide from the press conference. 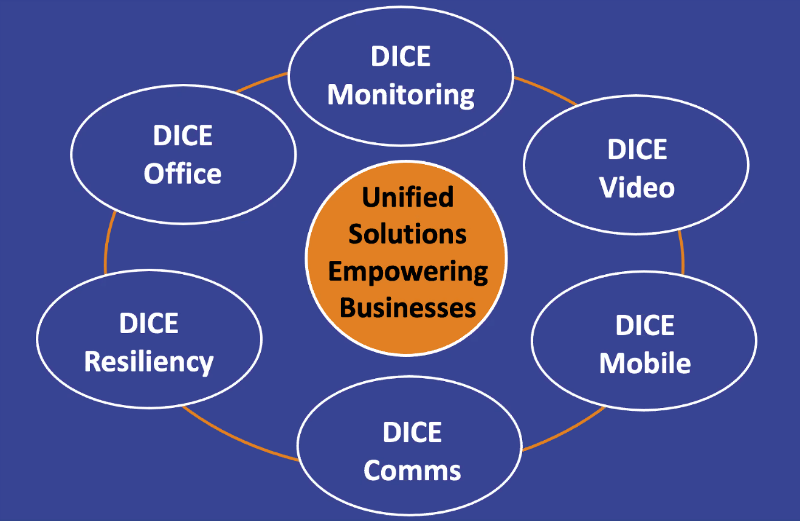 Within each of the above solutions are multiple software products and platforms. All told the company markets around 70 products. Along with its software, Lupo said DICE Corp. is distinguished from competitors for being the security industry’s only provider of Platform as a Service (PaaS) and Infrastructure as a Service (IaaS) offerings.

“The whole idea is about one unified solution and that everything is connected to everything,” he said.

Among its most prominent product announcements, the company spotlighted Matrix Interactive during the press conference. Lupo described the platform as a complete interactive solution that enables any central station to provide a broad menu of event monitoring services. Examples include virtual doorman and guard tours to provide remote services that are coupled with voice down features and remote activation of devices. 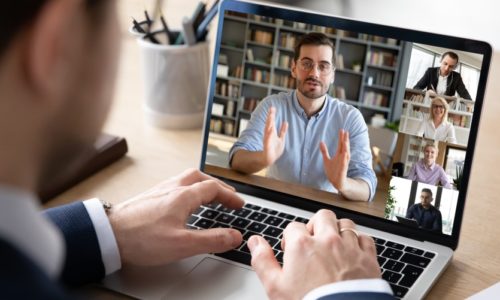 Related: Essential Keys to Keeping Up With Your Customer Base Virtually

Cloud-based AI and machine learning has extended the platform to utilize security cameras as sensors and allow operators to handle smart video triggers in real time. To support the continued development of Matrix Interactive, Dice said the company added a whole department of engineers who are solely focused on this particular platform.

“We’ve always had some video interfaces, but this product is tailored more for the video being a sensor. With our AI it has object detection so it can detect humans, it can detect weapons. It can even detect human behaviors,” Dice continued. “This is where we think the new alarm industry is going and will eventually shake out. We had innovated audio and PBX into our system a number of years ago. Now we’ve standardized on this video technology.”

Central stations and installing security contractors can select from a menu of video on demand services as part of the platform’s extensive operational capabilities. Also available are personal emergency response systems (PERS) features to provide seniors, lone workers and others with remote communications tools for location viewing, two-way voice and more.

Next-gen PERS are in the offing as well. Lupo described a fictional home with IoT sensors placed throughout that collect data 24/7 to support independent living life-safety services. In effect, the sensors create a virtual profile of a person or persons, maybe grandma and grandpa, in the home. The sensors stream the lifestyle data to a virtual software platform to monitor behavior activities and flag exceptions, such as rising from bed much later than normal or not at all. 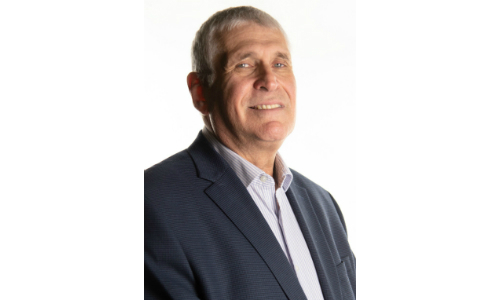 “That is just one example of our changing world and how traditional PERS and the security industry are moving into the 21st Century,” Lupo said.

DICE Corp. is offering an entry-level alarm and interactive video monitoring version of Matrix Interactive in an attempt to expand the user base for the new platform. Matrix Lite gives smaller central stations and installing security contractors the option to add features and modules or upgrade at any time. The Lite version offers the ability to receive and process alarm and event signals, handle alarms and events by priority, create custom scripts and procedures, and record operator interactions.

“In everything that we do going back to the platform, infrastructure and software as a service, we are now addressing pretty much any size of company, any dealer, even small to medium size, so they can enter into providing services,” Lupo said. “We envision that more and more smaller players or video players that until today didn’t consider to be a service provider for interactive video services, will get into that game and that’s a game-changer for the industry.”