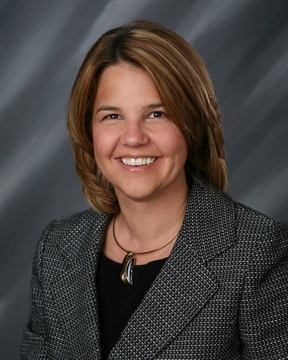 “My parents never told me I couldn’t do something, and my husband has always been supportive of me. Also the board and leaders at Vector Security have provided me with the ability to learn, grow and experience new opportunities. The fact that I have held several positions at Vector Security gave me the opportunity to establish credibility as I moved from one post to another. I did that by understanding the job and understanding the perspective of the employees who do the job. At Vector Security, we recognize that technology is changing the industry and we are positioned to capitalize on the change. We bring in talent that allows us to be more competitive and proactive, addressing not only opportunities today, but also in the future.”

“Coming into the position of president and CEO of Vector Security, I wanted to respect Mr. [John, also an SSI Hall of Famer] Murphy’s legacy. He was exceptional in many ways. He knew how to separate critical information from less important information when making decisions. He was a strategic thinker and always saw the big picture … anticipating next moves and their impact on the industry. I learned from him the importance of communication and how to surround myself with people who complement my skills. And then giving those people the freedom to do what they are good at.”

“I’m a believer that ‘you get back what you put in.’ I’ve found value in every committee I’ve been involved in and the extraordinary people I’ve worked with. They’ve made me better professionally, and they’ve given me a different perspective in life personally. Currently, I’m working with CSAA on the “ASAP2PSAP” program. When fully functional, ASAP allows for automated delivery of monitoring information to public safety answering points [PSAPs]. The program benefits emergency response centers, the public and the security industry as a whole. Vector Security was a beta test center for the initiative.”

“My early days in the industry were central station related. We kept customer account information on 3 X 5-inch color-coded index cards that were filed in plastic sleeves kept in a three-ring binder. When we answered alarms, we would have to look up the cards in the binders and sometimes they were not filed correctly. It was a very manual process. I remember having nightmares about not being able to find the right cards. Today, technology has allowed central stations to be more efficient while reducing incidents of error. Even during a natural disaster, like a hurricane, we can monitor 16,000 alarms effectively.”

Serving as a Role Model

“I believe the challenges in this industry are similar for both women and men. I’d like to be a role model for anyone – woman or man – who believes in working hard, turning challenges into opportunities, and continually improving themselves personally and professionally.”