Wilson was given the nickname, “The Keeper of the Spark,” many years ago due to his unbounding love for the security industry. 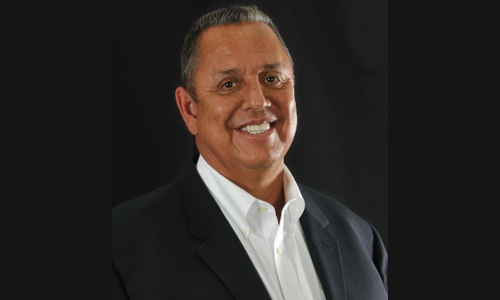 SAN JOSE, Calif. — RFI Communications & Security Systems, based here, announces the passing of Brad Wilson, a member of the security industry for more than 40 years who served as the company’s president and COO. He was 61.

Wilson, who died on Jan. 16., spent the past 39 years of his career with RFI, recognized as one of the nation’s leading physical and logical security integrators. The company provides integrated security and fire/life-safety solutions to customers ranging from Fortune 500 companies, hospitals and universities, to government sectors and transportation authorities.

Wilson began security industry career as a technician and over the years served in numerous capacities from project management, system engineering, sales and operations and ultimately earned his position with RFI as president and COO.

In 1996, he earned his Certified Protection Professional (CPP) certification and continued to stretch himself to stay on top of new technology. Wilson was given the nickname, “The Keeper of the Spark,” many years ago due to his unbounding love for the industry and his willingness to be a continual learner, RFI shares in a remembrance provided to SSI.

“He had matured into the role of mentor to guide the next generation of security professionals to plant roots in the industry he spent his whole career contributing on so many levels,” the company shares in the remembrance, which continues here:

Family was most important to Brad. He met his beautiful wife of 36 years, Diana, at RFI. She was a drafter and as a technician, he found every excuse to be in the office trying to woo her to go out with him. He finally won her heart and they married in 1985.

From their marriage they had four kids and three grandchildren:  Melissa and Chris Wyant, granddaughter Ava; Nicole Wilson; Brandon and Melissa Wilson, grandson Zayden, granddaughter Irie; and Matthew Wilson. He is also survived by his three siblings:  Sandy, Jack, and Pam, as well as nieces, nephews, and extended family. Brad also had a very special relationship with RFI’s founder, Larry Reece and so many others within the RFI community.

Brad often said he “gathered his energy from people.” He loved going to industry events, sporting events, family events, and even Costco, where he loved the sport of dodging people and carts! He just loved being around people. God, in turn, used him to reflect the energy he gathered back to everyone he met.

He was intentional when he provided positive encouragement and expressed genuine gratitude to those around him. He was a man of integrity, honesty, and compassion for others. He was a gift to all who knew him and he will be greatly missed.

In lieu of flowers, the Wilson family is asking for donations to the American Liver Foundation in Brad’s honor, which can be submitted here.