MOONACHIE, N.J. — Z-Wave Products has appointed of Mark Walters to CEO. He will be responsible for developing and executing the company’s strategic initiatives. These include the expansion of the company’s portfolio of value-added services, introducing new products to complement the existing selection of certified Z-Wave devices and continuing the growth of the online business.

Walters brings a wealth of experience to his new role, including high-visibility leadership positions in numerous high-tech companies, industry alliances and governmental projects, according to a press release. He is credited with creating technology-based products and solutions that facilitate sustainable growth, propel multimillion-dollar revenue gains, and generate traction in highly competitive international markets.

Previous to his new role, Walters served as the vice president of strategic development for the ZigBee Alliance.  While there, Walters consulted closely with the Alliance’s Board of Directors, developing a business and technology strategy to help guide the growth of the 400-member global consortium tasked with establishing standards for ZigBee low-power, RF IoT communications.

Formerly, Walters was the one of the founding members — and subsequently the executive director and chairman — of the Z-Wave Alliance. In his role, advocated for the Z-Wave open standard globally within the developer community, at trade shows, through social media, via standards bodies, and in the marketplace.  During his tenure he helped grow the Alliance to more than 350 members companies and oversaw 1,200 product certifications.

Walters was also a senior manager of product marketing for Alerton Building Controls, a division of Honeywell’s Automation and Controls Group. Before that he was director of sales, Western region, for Encelium Lighting Controls, where he drove over $10 million in direct sales.

Walters is passionate about technology both professionally and personally.  He is heavily involved in using technology to help people live independently through illness and aging. He chaired the initial committee for home control within the Continua Health Alliance, an international non-profit industry group of healthcare providers and related companies aiming to develop a system for delivering personal and individual healthcare.  He was also a co-captain of the SmartAmerica Challenge team as a part of the White House Presidential Innovation Fellows project. His team presented a Smart City IoT solution for Closed Loop Healthcare to White House staff and members of Congress in June 2014.

“Capitalizing on my years of expertise and connections within the Z-Wave design and manufacturing community, we will focus on bringing value-added Z-Wave products and solutions to market — like our advanced Z-Wave Toolbox to install and troubleshoot Z-Wave networks efficiently and profitably — and expand Z-Wave Products’ position as the leading provider of Z-Wave devices and services,” he says.  “We will also help the dealer and installer communities become more knowledgeable about the growing capabilities and functionality of the Z-Wave ecosystem, allowing them to provide greater value to their customers and expand their revenue streams.”

Walters received his MBA from City University in Seattle, Washington in 1995, with a focus on Operations and International Business.  He also holds Bachelor of Arts degrees in Biology and Chemistry from the University of California at Santa Cruz.  He currently resides in Seattle. 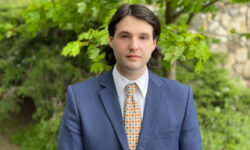 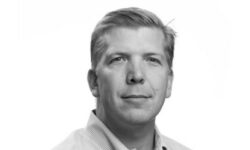 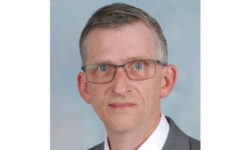 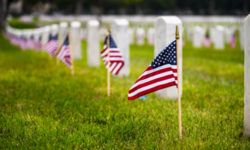 A Memorial Day Remembrance: No Longer Taking America for Granted