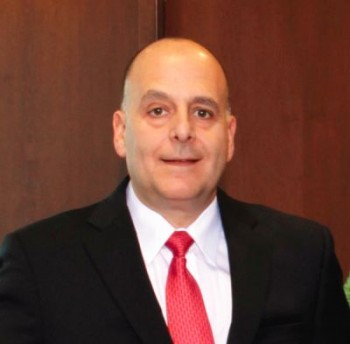 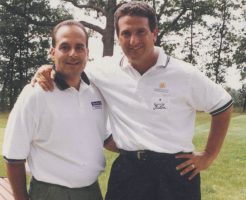 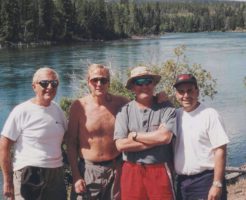 “My parents, who, from an early age, instilled an incredible work ethic in me. I’ve also worked with some remarkable leaders in the security industry, who have helped me on a professional basis. I was very fortunate to work, back in the day, at Pittway Corp. where I had the opportunity to work with pastSSI Hall of Fame inductees like Leo Guthart and Steve Roth.”

Always Keeping an Eye on the Prize

“I’ve always been competitive by nature. I played a lot of sports in my younger days and that’s carried into my professional life. Unless you have a good team, it’s very hard to succeed on your own. Having a positive attitude fosters positive results. I’ve always said that the speed of the team equals the speed of the leader. Early in my career, someone once told me that past success guarantees nothing. One not only needs to think about their own business, but also what others might be doing.”

“Building Tri-Ed – which was a virtual unknown entity in security distribution – into what it has become and eventually selling to Anixter has been an amazing journey. Together, we are now the largest global security distributor. When I think back to all that has happened since 2005, what started as a life-style business took on incredible momentum. What gives me the most joy are the 600+ jobs we created, revenue of $600 million, and the eventual sale to Anixter, where all of our people have landed with a great future.”

“In the early days, 25-30 years ago, security was a carriage trade industry made up of much smaller manufacturers and installing companies alike. Today, the industry is dominated by some of the world’s largest manufacturers and security is front and center on everyone’s minds. I remember reading an article in 1992 in Money that listed the top five industries, and two of them were distribution and security. I believe in 2015 you’d probably see those both in the top five as well. We provide many value-added services as well as taking cost out of the chain of commerce. As a result, you’ll see Tri-Ed and Anixter continue to grow, specifically in the security space.”

He enjoys practical jokes. Also, he has known fellow Class of 2015 Hall of Fame inductees Don Young, David Carter and Stanley Oppenheim for many years; the latter two were distribution customers of his in the early 1990s.

“I think we currently have too many associations for manufacturers and customers. It would be nice to have everyone under one umbrella so we could utilize shared resources for important industry trainings and initiatives.”