These Are the Security Companies on Sandy Springs No-Response List

More than 35 security companies had their registration with Sandy Springs, Ga., revoked and are currently not able to request police officers to respond to intrusion alarms. 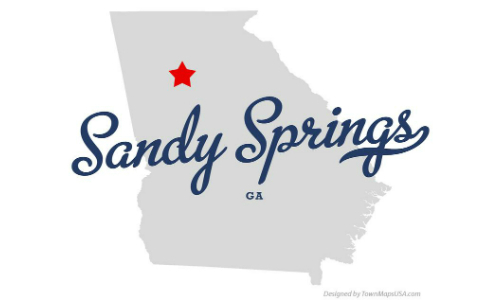 The latest amendment to the Sandy Springs false alarm ordinance will move the city to a model of full, confirmed verified response through audio, video or in-person verification.

SANDY SPRINGS, Ga. — The Sandy Springs City Council on Tuesday voted to revoke the registration of nearly 40 alarm companies due to delinquent payment of fines for violations of the municipality’s false alarm ordinance.

The companies that had their registration revoked will not be able to request police officers to respond to intrusion alarms in Sandy Springs. Public safety personnel in the city will continue to respond to fire alarms, duress calls, panic buttons and direct calls to 911.

The city originally listed 39 companies as part of the revocation, however on Thursday Xfinity Home and Protection 1 were deemed to be in compliance and removed from the list. Following are 37 companies that are considered in violation of Section 18-36 (d) of the Sandy Springs Code of Ordinances:

“In making changes to the ordinance, the alarm companies challenged us to hold them accountable, and we are complying with that request. If an alarm user failed to pay his alarm company, how long would the alarm company provide ongoing service?” Sandy Springs City Attorney Dan Lee states in an announcement. “This is no different.”

The Georgia Electronic Life Safety & Systems Association (GELSSA) and two alarm companies, A-Com and Safecom, with the assistance of the Security Industry Alarm Coalition (SIAC), challenged the ordinance in U.S. District Court. Shortly after, Sandy Springs suspended response for alarm companies that had not paid fines levied under the ordinance.

According to the city, payment of fines related to the false alarm ordinance is due within 30 days of issuance. The alarm companies were notified in writing at 30 days, 60 days and 90 days of any outstanding balance and that companies with unpaid fines are subject to revocation of their registration, resulting in a nonresponse status for the alarm company. Alarm companies past due 90 days receiving a final notice have five business days to rectify their accounts or face a non-response status.

To be in compliance with the ordinance, alarm companies must register their companies and customers, as well as meet the State of Georgia’s requirements for two-call verification. Fines are also levied for false alarms where public safety personnel are dispatched to a property and there is no evidence of a crime at that location.