Smart home stocks fell an average of 32% in 2022. NAPCO, Vivint and ADT are among only five companies that had stock price gains last year. 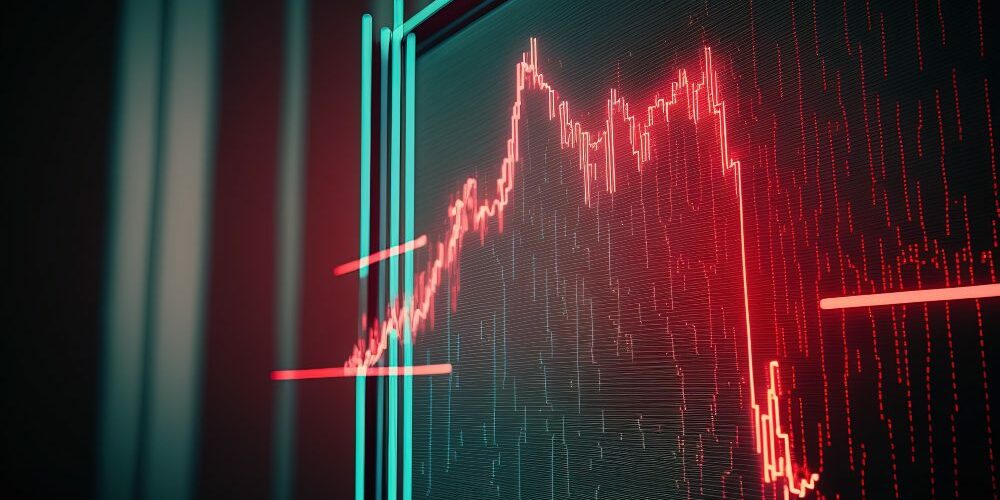 Smart home stocks mirrored the drop of the NASDAQ index in 2022.

Following several years of strong gains, publicly traded companies engaged in the smart home industry fell back to earth hard in 2022, with an average stock price loss of 32% for the year. The poor performance mirrored the overall market conditions during which the Dow Jones Industrials lost 9%, the NASDAQ lost 33%, and the S&P 500 lost 19% for the year.

Of course, nearly all the 55 companies in the Smart Home Stock Index are highly diversified businesses, so any rise or fall in their stock price is not necessarily directly related to the performance of the company’s smart home interests. There are a handful of “pure play” smart home companies on the list – Vivint, NAPCO, ADT, Alarm.com, Resideo and Snap One – and several of those companies performed well.

Vivint Smart Home was the biggest public company stock winner in 2022. The Ogden, Utah-based company saw its stock rise an amazing 21%. Much of that gain came in December after utility giant NRG Energy announced on December 5 it was acquiring Vivint for a total transaction price of $5.2 billion, including $2.8 billion cash as a windfall. Following the announcement, Vivint’s stock skyrocketed 33% in one day.

Not coincidentally, the fourth-largest stock price gainer last year was another installation company: ADT, which saw its stock price climb 8% for the year. Among the notable actions that helped ADT thrive in the otherwise horrible stock market was the announcement that State Farm Insurance acquired 15% of ADT in September. The company also expanded its partnership with Google, which invested $450 million into ADT back in August 2020.

NAPCO Security Technologies was the second-biggest public company stock winner in 2022. NAPCO had an impressive 10% increase in its stock price last year following a stock split on January 5, 2022. At that time, NAPCO had a 2:1 stock split. It was fifth stock split in the company’s history.

The third-biggest gainer in terms of stock price in 2022 was Belden, which had a 9% stock price increase. The cable manufacturer continues to be on the comeback trail from a turbulent 2020 when its stock fell 24%. In 2021, Belden’s stock bounced back up 57% gain. The 2022 increase looks like a continuation of its comeback.

The only other stock that showed an increase in 2022 was Honeywell, which was newly added to the Smart Home Stock Index this year. The HVAC giant still has a strong marketshare with smart thermostats among integrators, even though it spun off Resideo as a pure-play smart home company several years ago.

Other new companies on the Index this year are:

Removed from this Index for 2022 was AT&T. The former owners of DirecTV sold that satellite TV division in early 2021.

The biggest stock price drops in 2022 belonged to Summit Wireless Technologies (WiSA) which saw its stock fall 92%. That is following a year in which the stock had risen a whopping 354%. Tuya, Arlo and IAC Interactive also had dramatic drops in their stock prices in 2022. 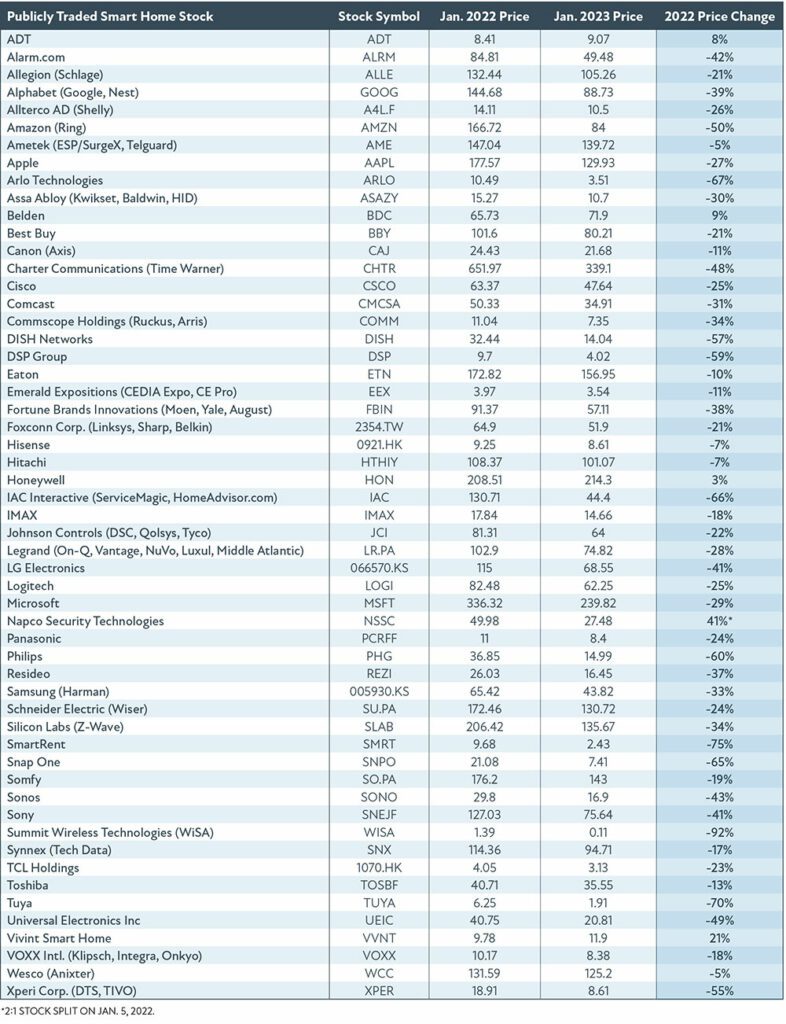