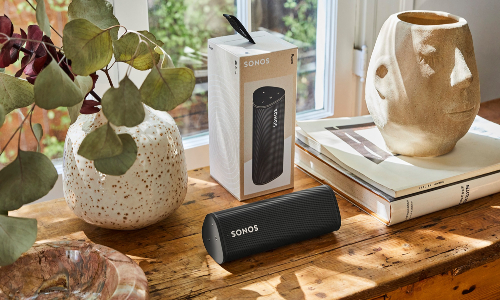 A U.S. trade judge said Google should not be allowed to import products that violate Sonos’s intellectual property. (facebook.com/sonos)

WASHINGTON, D.C. — A judge has ruled that Google infringed on speaker-technology patents held by Sonos in a preliminary finding by the United States International Trade Commission (ITC).

In the ruling, which was released on Aug. 13, Chief Administrative Law Judge Charles Bullock said Google should not be allowed to import products that violate Sonos’s intellectual property.

The brief ruling did not explain why Google’s sale of the products violated a 1930 federal tariff law, known as Smoot-Hawley, designed to prevent unfair competition.

In January 2020, Sonos sued Google in federal court and in front of the ITC, a body that decides trade cases and can block the import of goods that violate patents. Google later filed a countersuit against Sonos, claiming that Sonos was infringing on its patents.

Santa Barbara, Calif.-based Sonos had asked the commission to block imports of Google Home smart speakers, the company’s Chromecast systems and its Pixel phones and computers. The Google line now includes a number of products now listed under the Nest banner. Those products are made in China and shipped to the U.S.

Now that Bullock has issued his ruling, the full commission will consider whether to accept or reverse his decision for a final ruling, which is scheduled to take place on Dec. 13. If an import ban is imposed, it would not take effect for 60 days.

Google has denied using Sonos technology. In press statement, Eddie Lazarus, Sonos’s chief legal officer, said, “This decision reaffirms the strength and breadth of our portfolio, marking a promising milestone in our long-term pursuit to defend our innovation against misappropriation by Big Tech monopolies.”

Sonos has also accused Amazon of violating its patents, a charge that Amazon denies.

Sonos pioneered the market for home speakers that can be controlled by a smartphone and can synchronize music wirelessly between different speakers throughout the house. The company also offers speakers that use the Google Assistant software or Amazon’s Echo technology to control the device.

Sonos and Google also have patent disputes in California and Texas as well as France, Germany and the Netherlands.