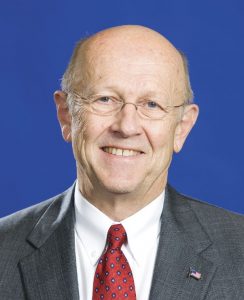 “Learning to listen is one of the most important skills I learned early on. By that I mean listening to customers, employees and colleagues, and being willing to respond to legitimate concerns and adapt good ideas wherever you find them. The biggest mistakes I have made came when I tried to overreach, tried to take on too much or make a big splash. We learned the hard way with an early acquisition, trying to buy a company nearly equal in size to our own. We had an aggressive banker practically throwing money at us and we took on too much debt. Plus the employees at the company we bought were very angry their owner had sold. That made things very difficult. Now, when we think about an acquisition, we do a lot more due diligence upfront and we are very conservative on the financials.”

“Early on, we had one customer we couldn’t seem to take care of properly. He had a few locations and just about every time we made a service call something went wrong. Finally I reached out to the customer and said, ‘Why are you still doing business with us? We’ve made so many mistakes.’ I was really surprised by the answer. He told me that he’d worked with many other companies before, for various services, and he saw how most reacted when they made a mistake. He said, ‘I see how you operate when something goes wrong, and I’m happy to keep you.’ He said our honesty and work ethic to make things right was why he wanted to do business with us. That cemented my belief that honesty and transparency is so important.”

Working for the Common Good

“I enjoy participating in the associations because it’s a very interesting group of people to work with and learn from. They are smart, hard-working entrepreneurs who are passionate about their business. I was part of the leadership that organized our first statewide association. I served as its first treasurer and led the fight at our state House for fairness. We lobbied hard and made our case with facts. At one point, we even surrounded the House with company vans from association members around the state to show the legislators the impact their deeds would have on businesses in Massachusetts. Ultimately, we succeeded and got a fair licensing scheme enshrined in law, which we still operate under today.

“Through American Alarm, we were also a founding member and owner of the Security Network of America, now known as NetOne. It has become a tremendous organization, doing a lot of good training, best practice sharing, joint purchasing and so on for many independent member companies.”

“I’d have everyone use the Four-Way Test of the things we think, say or do, promulgated by Rotary Int’l: 1. Is it the truth? 2. Is it fair to all concerned? 3. Will it build goodwill and better friendships? 4. Will it be beneficial to all concerned? We follow it strictly.”