SDC’s Arthur Geringer was a door hardware and access control innovator who pioneered design and practical application of electricity to door openings for security and fire/life safety. 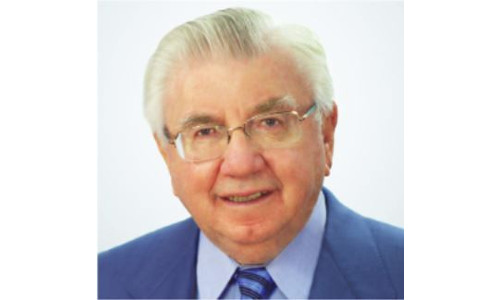 Childhood experiences in the family business and war service providing safety and security enforcement were forerunners of a future career and success in the security industry. He grew up in his father’s architectural hardware business in Chicago, at age four stacking hinges there.

Upon graduating high school began working in a shipyard at the beginning of World War II before enlisting in the army. Returning to civilian life in 1945, he settled in California where he was employed at a major Los Angeles contract hardware firm. He eventually moved to a prominent architectural hardware company as sales manager.

Probably the biggest challenge in his career became his biggest opportunity. While employed at Door Controls he had an idea for a failsafe lock to meet California State Fire Marshal (CSFM) requirements. He applied for a patent and offered the concept to his employer to produce it. When it became clear his employer wasn’t interested, he resigned his job and founded SDC.

Ideas for his groundbreaking, patented designs came from his ability to think outside of the box. He developed at least two patent design ideas that were sparked by toys. One toy he recalled from childhood used repelling magnets to move skating figures around an ice rink. This led to the invention of the first dual fail-safe, electromechanical lock to be approved by fire marshals for locking perimeter doors, resulting in the changing of codes to accommodate the lock.

This lock became the springboard for growth and SDC’s first commercial facility. The toy also inspired the HiTower lock, the first lock to be approved for access control of stairwell doors and has been installed in thousands of buildings around the world. Another toy, a miniature train with a battery-powered sound chip used to make the engine noise and train whistle, also stimulated his imagination.

It became the catalyst for the invention of the first and only delayed egress lock that integrated a human voice stored on a chip into a lock that notified shop-lifters or wandering patients why the door would not open, when the door would open and that security was on the way.

Sometimes It Pays to Be a Square

After founding SDC, Geringer encountered a challenge providing a Minneapolis building with disability-compliant door levers. “This was a disaster to me because none of the mortise locks at that time had springs that could handle the weight of the levers,” he had said. “That first job was furnished with cast bronze levers and the springs available just couldn’t do the job. I had to find something to solve the problem.”

Initially, he sourced levers from Germany and then found American sources with levers of lighter weight. Yet he knew they couldn’t get enough torque out of the springs and, ultimately they would fatigue. He met with his spring supplier’s engineer to find a way to get a strong enough spring into the small space available in the locks.

The supplier’s founder wandered in and asked about the problem. He took one look at the lock and replied: “Square wire.” Although he had never heard of square wire, Geringer realized if it was equal in width to the diameter of a circular wire it would contain more material, and therefore be stronger. He had the solution! This reinforced his father’s lesson that you can have all the college degrees in the world, but without experience you are guessing and headed for disaster. 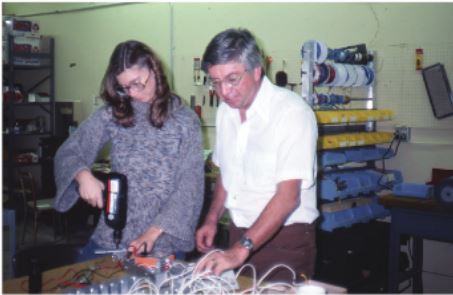 ♦Father owned hardware store, mother died when he was six and then raised by stepmother

♦One of two siblings, brother Rickard

♦Married to wife Mae, who helped him launch SDC