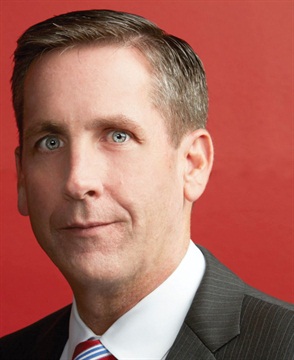 “I believe the quality of your questions is a direct result of the quality of your performance. So I am very curious, ask a lot of questions, love data to provide the answers and insights, and continually stretch myself to learn more on topics about the business and outside the industry. I also attribute my success to the people I put around me like the talented people I am fortunate to work with at P1. Dave Donnini and the crew at GTCR have also played a significant role in building my career. I value the partnership we’ve created, the insights they bring to looking at our industry and the trust they put in me to run the operations based on my knowledge and experience.”

Top Challenge of a Challenging Career

“One of my greatest challenges was the separation of Honeywell Security from Honeywell. We had a very short window and literally had to build a business from the ground up. This was a $150 million in annual revenue-sized company that required an entirely new infrastructure — new HR systems, new IT systems, new accounting systems. We had to do all that, while providing great service to our customers. It was a very intense period. I dealt with it by making sure I put the right people around me. Don Young, who I have worked with the longest, is simply the best in this space and brilliant when it comes to IT. Dan Bresingham was just starting his career with me as the controller. He had the mental toughness and know-how. It was a whirlwind and I am very proud of the team’s accomplishments.”

“I am a huge Sparty fan [Michigan State University]. I am also a big dog lover. My golden retrievers, Morgan and Killian, have been faithful companions for 10 years, until we recently lost Morgan. I have been a ‘big brother’ the past five years to a young man in the Chicago area. As with anything, you get out what you put in and this kid is just fun to be around. I get to be a positive role model in his life and he gets to teach me a few things along the way too.”

“In almost any situation, someone is going to win — even in trying economic times. I believe I am going to win. Between myself and my team I know we can outwork issues. I remain realistic, but positive. The responsibility I have to others drives me. There are people depending on having a place to work and grow. I owe it to them to create a company where they have job security, and can thrive professionally and personally. It is motivating knowing you can impact lives, families and communities building a profitable company that puts people first.”