Vivint CEO Grinds His Way to the Top, and Then Some

Idea of the Month

If you had just one really great idea you could share with the alarm industry, what would it be?

Work harder. Become a force of will. Get into the trenches and find out where the next great opportunity is.

Last month I attended the California Alarm Association’s (CAA) annual Winter Convention in San Francisco. I bet attendance had to be around 400 participants. Exhibiting vendors were extremely happy and kudos to Jerry Lenander, CAA’s executive director, for once again putting on one of the best regional association events in the industry.

Pedersen is a force of nature in our industry. His company, which was acquired in September for more than $2 billion by Blackstone Group LP, remains somewhat of a mystery to much of the alarm industry.

A little background is in order. About six years ago, APX appeared on the industry scene much to the chagrin and scorn of the alarm industry. The APX model was a summer sales initiative using traditional door-to-door marketing techniques. Very few industry professionals gave the company much of a chance, let alone prognosticate that Pedersen would eventually sell his majority stake to a private equity firm for an incredible sum.

Overnight, this quiet and unassuming CEO — it wasn’t so long ago he was selling aluminum siding door to door — had become someone everyone wanted to listen to. I sensed when APX first burst onto the scene that there was greatness there, but I could not have predicted what has since happened.

During the panel’s question-and-answer session, I took the liberty of asking Pedersen what has become my signature question for interviews and the basis for this column. I half expected his response would have something to do with setting impossible goals, then achieving them, or serving the needs of the customer beyond any reasonable expectations. But, in fact, I was caught off-guard by Pedersen’s reply, which you can review above.

Pedersen went on to discuss what he means by working hard. I’ll encapsulate here what I think it means: total commitment. No one would doubt Pedersen’s commitment to his business. He said that most evenings he invites a dozen or more people to his home for a lively discussion about the business, opportunities and whatever else may come up. Some of those conversations go on until the wee hours of the morning. And almost always, Pedersen walks away with either an idea or the germ of an idea that he could apply to Vivint.

When Pedersen talked about the future of the company, he was talking about an industry that is so significant and large that security only takes up a small part of it. His goal is to be the dominant player in the electronic security industry and beyond.

Will he succeed? I think doubters have lost too many wagers betting against Pedersen, and believers have had too much satisfaction to even begin to doubt. My guess is he’s not through with the world of commerce; the best stories about Pedersen are still to be written. 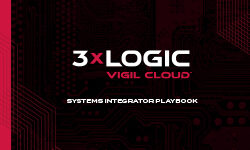