This is the third and final installment of my articles highlighting proposed changes to the 2019 edition of NFPA 72, “The National Fire Alarm and Signaling Code.”

This month let’s take a look at Chapters 26 and 29. Chapter 26, “Supervising Station Systems,” addressed a number of issues.

As NFPA 720, which covers the standard for CO alarms and systems, is being melded into NFPA 72, the handling of CO signals will now be found within Chapter 26.

Also from NFPA 720 are requirements regarding how a CO alarm signal shall be handled once received. Supervising station personnel shall:

Chapter 26 now includes language that will allow for the handling of a trouble signal to be delayed for up to 15 minutes. If during this time period a restoral should be received, no further action would be required.

This was added primarily to address a momentary trouble that would likely be generated by a communication failure.

The text was changed in several areas within the chapter to add “managed facilities-based voice network” following “public-switched telephone network.” The purpose was to clarify that there is an intended equivalency between the two.

Of some controversy, a new exception was included addressing the requirements for secondary power on shared equipment at a protected premises for the transmission of signals to a super-vising station.

This would be for routers and other such equipment that may be part of an IP system. Secondary power would not be required for this equipment if this path is the secondary means of signal transmission and where the primary path meets all of the secondary power requirements of the standard.

Also generating some debate is moving the standard definition for “immediately” from the Annex to the main body of the standard. Until the 2019 edition, the word was defined within the Annex, which was not in the enforceable part of NFPA 72.

Accompanying the definition now in the main body is the inclusion of the verbiage “without unreasonable delay.” This phrase, however, is not defined, and could be left for interpretation of what’s unreasonable.

The final chapter to cover is 29, “Single- and Multiple-Station Alarms and Household Fire Alarm Systems.” Within this chapter, the requirements found in NFPA 720 for CO detection within residential occupancies were brought over.

This includes that there shall be a CO detector within 21 feet of any door to a sleeping area and in every room that has a fuel burning appliance. Of some concern is the secondary power requirement for a system that may have CO detection.

The reason is if the system should activate while the resident of the dwelling unit is not present, they would be alerted to the fact that there may be CO present upon their return, up to 12 hours after the event. This will need to be calculated as part of the standby battery requirements for a system that may be installed within a dwelling.

For several cycles of NFPA 72, there has been work toward the reduction of unwanted alarms. These efforts are ongoing. There has been work within the industry on the development of smoke alarms and detectors that would be resistant to common nuisance sources.

Within the 2016 edition of the standard, such detectors and alarms would be required no later than January 1, 2019. However, the manufacturers of these products have been stating that UL has yet to develop the testing standard and testing room for these units.

As such, the date is being changed again to January 1, 2021. The general consensus is even this date will not be obtainable. The industry needs to take a hard look at this. 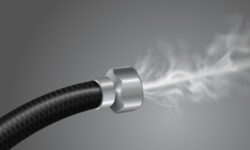 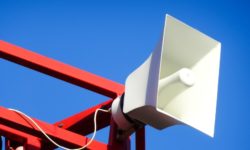 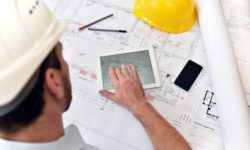