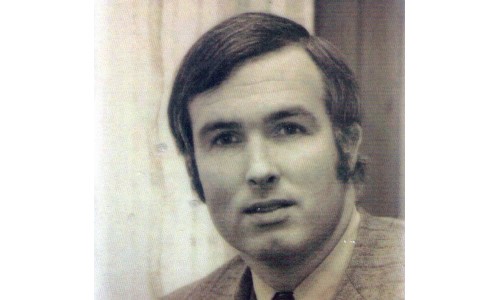 George Smith III was at one time, in the early-mid 1980s, a very close friend of mine who recently died. As often happens, time passes, events take over and distances apart tend to erode even the closest friendships.

Yet as recently as three weeks ago, if I was asked if I knew George Smith III, I would have replied, “Yes, he’s good friend of mine,” and really believed I meant it. However, it was probably close to 40 years ago since I had seen George. That was the last time I talked to him.

I had worked as a consultant to his company for several years, visiting in Dallas at least once a month to respond to some of his growing needs for industry insights. We became great friends. Our families became friends. We traveled together, and at the time I would’ve thought of George as my closest friend.

As time passed, George had accomplished all that he had hoped to do, sold his company and rode off into the sunset, literally. He became a cowboy. He became a horse rider. He owned land in Texas.

Even though we hadn’t seen or talked to each other in years, when I got the notification of his death I literally cried. And then I thought hard about what George had done for the alarm industry. He built one of the most successful companies in the industry, certainly the largest company in the state of Texas (Smith Alarm) and went on to become president of all the trade associations that he had joined. 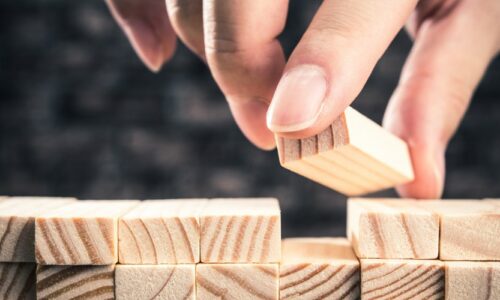 Related: Big Idea of the Month: Build Your Foundation With RMR

He was the go–to person with tough questions about the industry or about how to solve a company problem. He was one of the first to automate. And frankly, he guided me into being a strong advocate for RMR.

It took decades before the industry looked at the heart of a business and recurring revenue became the single factor most used in the full value of what a monitoring company was, and thus determine the price of what that company was worth. Shortly after the conversation I had with George about RMR, he sold his business. I’m sure it was one of the largest transactions made up until that time.

George served the industry well, helping guide it through many of the obstacles it faced during the last three decades of the 1900s. When people talk about a great leader, we are literally standing on the shoulders of the person being talking about here. False alarm issues. Telephone company issues. Financial issues. Software issues.

Seemingly without effort, George stood not only in the middle of all those issues but solved many of the problems those issues caused. I’m sure when he left Smith Alarm, he felt he had done his job as best as could be done, and he was probably right.

I flew down from my home in the Chicago area to Dallas to say goodbye to George. I assumed I would run into many industry veterans, some of whom went back to the time of George Smith. But there was only family at the funeral service. I stood there watching as George’s wife, Karla, greeted everybody warmly, and seemingly shrunk from all the hugs and well wishes. 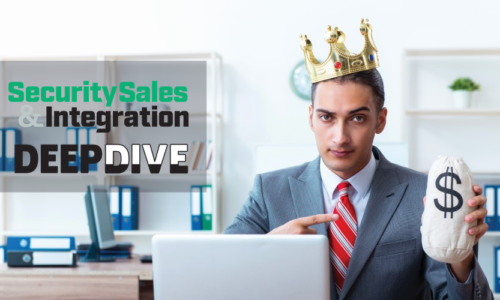 I spent about five minutes watching and before I knew it the crowd had passed. She stared at me with a puzzled look on her face, knowing she knew me but didn’t know where or when. I smiled and suddenly tears started rolling down her cheeks as she recognized her friend from a long time ago. I also had tears in my eyes.

I put my arms around her and told her that George had been among the best the industry has ever known. She looked up, smiled, and for a moment I thought she was thinking of all the people we knew in the industry who did not come. George had multitudes of friends in the industry while he was in it. It seems sad that he only had one industry friend there from the past. Shame all those people who benefited couldn’t be at George’s funeral to pay final respects.

Karla reached into her pocket to pull out a card with George’s picture on it taken about the time we were enjoying life so much. Maybe some of you who couldn’t make it might let today’s industry leaders know how much George was appreciated. 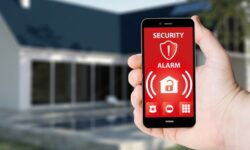 One response to “An Old Friend Rides Off Into the Sunset”