Why Robotics Could Play an Important Role in Security Industry Roadmaps

SSI Editor-in-Chief Scott Goldfine spoke with experts on the effect robotics will have on the security industry in the very near future.

Like many boys from my generations, I grew up with a fascination of robots. That’s because those “bumbling buckets of bolts,” as the cowardly Dr. Smith would chastise the mechanical man in TV’s “Lost in Space” (among countless other insults), had become prominent in science fiction, entertainment and pop culture in general.

It even became a dance craze thanks to Michael Jackson’s amazing moves performing “Dancing Machine.” The public’s preoccupation with robots only got better and deeper over time, extending into androids, cyborgs and some of my all-time favorite movies like “Westworld,” “The Terminator,” “Robocop,” and “Blade Runner.”

So naturally, I am psyched about the prospects for robotics in security. Of course, most of what novels, movies and TV have produced involving robots has been more fantasy or futuristic vision than current reality and technology, but recent advancements and product introductions are beginning to close the fact vs. fiction gap.

Some predict that by 2030 most cars on the road will be autonomous driving vehicles and, increasingly, dangerous, remote, tedious and undesirable jobs will become the domain of robots. Many security functions fall into those areas and several technological breakthroughs already gaining prominence in security — such as next-gen video surveillance and sensors, video analytics, IoT, Cloud, biometrics and A.I. — are integral to evolving robotics.

As an electronic security industry professional, the wheels of your mind ought to be spinning with the possibilities, potential impacts and opportunities. Certainly it should stir your attention if not imagination.

Related: Experts From Robolliance Make a Case for Robotics in Security

Whether it’s unmanned aerial vehicles (UAVs) or unmanned ground vehicles (UGVs), robots were among the leading showstoppers at last year’s ASIS expo and figure to capture even more attendee fancy at this month’s 2017 gathering — building on additional momentum from the first Unmanned Security Expo (USE) that was so well received at April’s ISC West.

Among the lead USE supporters was Robolliance, a forum for technology partners and industry experts of which SSI serves as the exclusive security industry media sponsor. In collaboration with the organization on the fall edition of its quarterly newsletter, RoboFYI, I interviewed key representatives from several Robolliance sponsors and USE participants for perspectives on the ramifications of these colliding industries.

Market Adoption: “I see robotics fazing in over the next two to four years and being present in every aspect of security within a decade,” says Genentech’s Eric Morse. “Security is part of the life-safety industry, so when there is life at stake innovation takes a backseat to robust operations that are repeatable regardless of the time of day, weather or existing circumstance. Thus robotics may be a bit delayed to really become ingrained, but there is no doubt that it will someday.”

“Unmanned ground robots are already patrolling office complexes, malls, etc. I’d suggest 18-36 months before we see widespread implementation of ground-based autonomous security robots,” says Nathan Ruff of the Coalition of UAS Professionals. “Airborne unmanned robotics will likely take a bit longer simply because the FAA needs to come up with a plan on how to certify and regulate autonomous flight within the national airspace. That’s more likely to be three years out, but once those regs are in place drones will be able to zip off to inspect triggered alarms without any human intervention, providing a rapid response capability currently unavailable.”

Business Case: “The possible long-term cost savings in using robotics is a real incentive for companies looking to lower their labor costs,” says Mark Brodie of MiB Mediaworks. “This savings will need to be analyzed by real-world business practices, but logic tells me robotics will save those who need this type of security a lot of money. One concern is the displacement of security workers or employees. This question is one the industry will struggle with, as all do as they go through technological changes.” 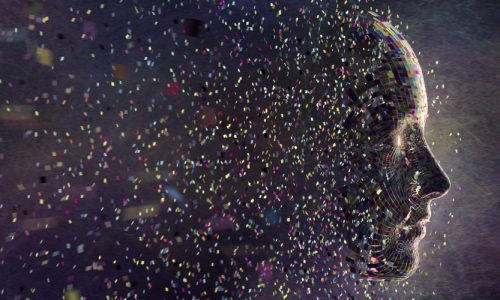 Application Targets: “The earliest adopters are going to be those who can bring in the supporting technologies without having to do a fork-lift upgrade of an existing system. Often, this will be new businesses,” says RF-MOON’s Tom Dietz. “Next will be those who can show clear financial losses due to criminal activity. And finally, with the focus on worker safety, locations that have extreme weather conditions will see the benefit in not having a human guard walk the perimeter when it is 120° F or 0° F.”

As use cases mount, comfort levels rise and costs come down, robo-security will become a robust reality. Will your business be in step? 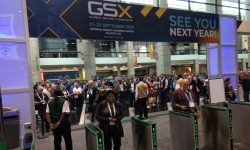 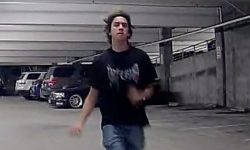 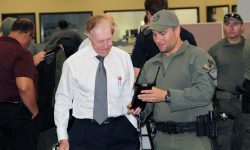 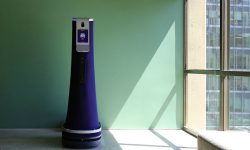