When a customer is switched to VoIP, what has to be done to an older analog paging system? Tech expert Bob Dolph zeroes in on a handful of resources. 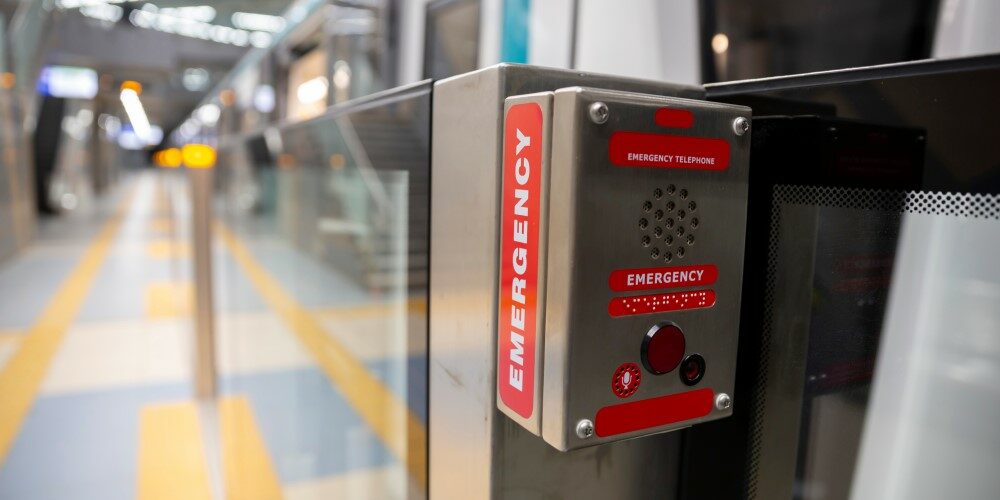 If a dealer is looking to diversify their business or a low-voltage tech is looking to expand their technical skills, one area that is always busy is audio systems. In this column I am mainly referring to paging systems and their cousins such as mass notification and emergency call.

This month we will take a look at tips and pointers on older analog and newer VoIP (voice over Internet protocol) systems. I was surprised to see how many older analog systems are still in play. I guess the old adage, “If it ain’t broke, don’t fix it,” may come in to play.

I would like to first pay a tribute and compliment to a valuable audio systems vendor, Viking Electronics. I have known them for decades and in my eyes they are the true go-to source for audio systems design and equipment. I will be referencing many of the valuable resources of Viking, including some of the tips they have collected over the years. 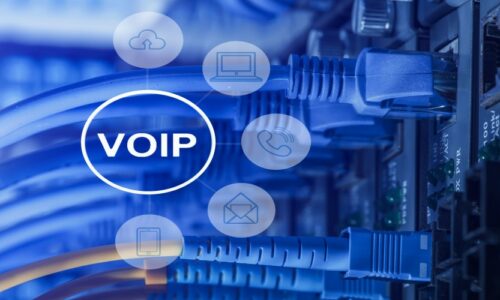 Related: The War on POTS: Making the Move to Alternate Technologies

If you want to increase your level of audio systems expertise, I recommend you do the same.  You might want to start by checking out the Viking website and their YouTube channel. Now let’s take a deeper dive into some of these systems.

One of the biggest areas of tech support calls at Viking has to do with newer technology such as VoIP. I know that many in the alarm sector have experienced phone companies transitioning from older analog plain old telephone systems (POTS) to digital VoIP. Many have also seen that this can happen at the main phone company phone lines with little or no warning to the customer or supporting alarm tech company.

When a customer is switched to VoIP, what has to be done to an older analog paging system? Do you have to rewire the entire system? No, you may want to consider one of the many Viking digital options. One device to take a look at is the PA-IP, a SIP/Multicast Paging Adapter with Amplifier. The device is PoE and powers up to six analog speakers or 10 multicast paging groups. 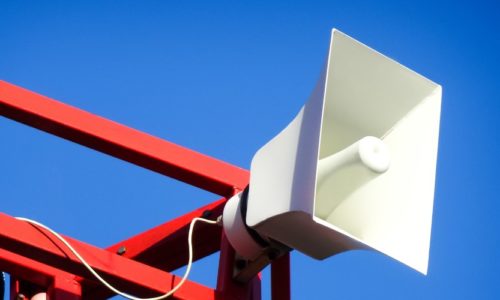 As we have previously mentioned, doing VoIP applications has given many techs problems.  Here are some key areas suggested by Viking to keep an eye on BEFORE switching to VoIP.

Let’s look at some other important tech areas of paging systems. Let’s say a customer’s speakers are not loud enough, what could be causing the problem? Take a look at how loud you want the speakers by checking something like the Perdue decibels (dB) chart. Remember, the dB sound scale is logarithmic and the volume basic doubles or halves for every 10dB.

Once you have an idea of what sound level to expect, check the Viking Product Support web page for the Paging Power Chart (895) in the application notes. The technician quickly discovers from the chart that the wire gauge is not correct for the dB level expected from the speakers. He/she could rewire the system, or just add a more powerful amplifier or power supply.

It is pretty simple once you get the hang of it. I would highly recommend you check out the extensive Viking YouTube Channel. It is a great educational resource and I would expect nothing less from a dedicated company like Viking. Don’t forget their great technical support line as well. 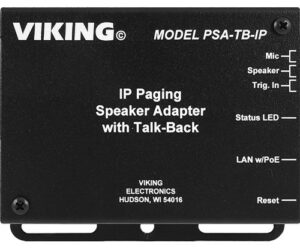 So, you have a paging system and you want to bring older analog paging speakers into the VoIP era. By using the Viking PSA-TB-IP Paging Speaker Adapter with Talk-Back, you can convert any 8-ohm, 25V or 70V analog speaker into a SIP endpoint paging speaker.

The unit’s chassis conveniently mounts magnetically to the existing speaker magnet. Just plug your CAT cable into the adapter. 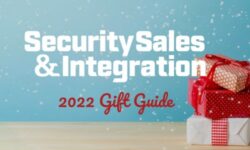 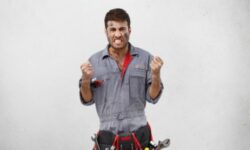 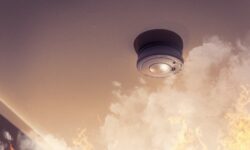