Brecher has more than 20 years of senior technology management, infrastructure and networking experience in the security industry.

Top exec of one of the nation’s largest integrators shares plans as Diebold transition wanes. 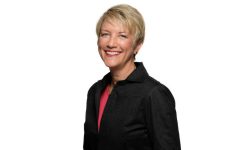 The combined organization, Diebold Nixdorf, is aiming to become a dominant global player in service and financial services software.

In North America, Securitas posted sales of $3.7 billion in 2015, a rise of 24%, which exceeded market expectations.

Inside Look: Why Security Companies Saw Stocks Drop in 2015

Diebold recommended its end customer standardize on March Networks intelligent video solution to replace a variety of legacy surveillance systems that were performing poorly and were increasingly costly to maintain.