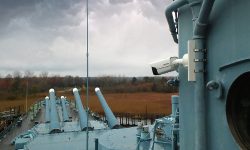 ADT was previously a public company before being taken private by Apollo Global Management in early 2016 for $12.3 billion including debt.

The WSJ is reporting that ADT could register for the IPO in the fall and go public at the end of 2018.

Protection 1 was named a Large Installer of the Year runner-up thanks in part to its continued growth and focus on customer service.

A group of owners and executives from systems integration companies acquired by Protection 1 are playing a central role in helping ADT become a leading national accounts provider after its split with Tyco.

Members of ADT’s authorized dealer program are praising the security giant’s renewed efforts to support them, and P1 shows how some of its executives are thriving since their companies were acquired.

Top executives reveal what will be unleashed in 2017, and how the 143-year-old firm is pacing the industry’s most advanced new products and services.

Find out which installing security dealers have a shot to take home a SAMMY Award for their sales and marketing prowess during the free April 4 ceremony.