On April 8, the FCC issued a public statement in the form of a document titled, FCC Announces Broadband Action Agenda, that in essence says whether anyone likes it or not we’re going to phase out plain old telephone service (POTS), also known as the public switched telephone network (PSTN) and in its place create an IP-switched national infrastructure. This, of course, threatens to undermine the very backbone of most security and life-safety alarm systems.

According to FCC Chairman Julius Genachowski, “We are putting the National Broadband Plan into action. The commission’s bureaus and offices have already begun executing on the strategy the National Broadband Plan lays out to connect all Americans to broadband, unleash innovation and investment, enable job creation, and ensure a bright future of economic opportunity and prosperity.”

The Electronic Security Association (ESA, formerly NBFAA) has taken a lead role in assuring lawmakers understand the impact that eliminating POTS could have on the security and life-safety markets. The organization released this statement: “Today, approximately one-third of Americans live, work and go to premises where security systems are utilized. Accordingly, many Americans would be impacted if the PSTN is retired before there is a thorough understanding of how the PSTN is relied upon everyday in security and life safety applications.”

Last month’s “Fire Side Chat” talked in general terms about lawmakers setting a projected phase-out deadline of 12 months, and AT&T filing a letter asking the FCC to eliminate the PSTN over a four-year period. With that in mind, let’s take a deeper look at why POTS should remain in use and why IP is better suited for backup communications rather than a sole means of signal transmission to the central monitoring station.

POTS, DACTS AND RMR
The PSTN has served this nation well since its inception in the late 1800s. In fact, the heart and soul of today’s central station monitoring business is largely built on the back of the nation’s PSTN. This is because most of the alarms monitored today rely on the digital alarm communicator transmitter (DACT).

According to Section 3.3.62 of NFPA 72, 2010 Edition, a DACT is defined as “A system component at the protected premises to which initiating devices or groups of devices are connected. The DACT seizes the connected telephone line, dials a preselected number to connect to a DACR (Digital Alarm Communicator Receiver), and transmits signals indicating a status change of the initiating device.”

Almost every alarm panel made today contains a DACT of one kind or another. A DACT in conjunction with POTS provides the means whereby fire alarm and security companies are able to monitor the status of automatic smoke and heat detectors, manual pull boxes, sprinkler systems, and myriad other detection devices.

In a word, the DACT is probably responsible for the largest growth in recurring monthly revenue (RMR) that any market or industry has ever witnessed.

Fiscal, Security Costs a Concern
As you know, fire alarm systems require reliable, redundant signaling and POTS provides this at an affordable cost. By contrast, broadband service providers typically cannot provide the same high level of circuit integrity that traditional PSTN offers. Thus, an important part of our RMR income will be adversely affected if Congress is successful in eliminating POTS.

In addition, the overall cost of monitoring to the dealer will likely rise because they will have to develop new, code-compliant ways to transport alarm and supervisory signals to the central station that comply with NFPA 72, 2010. Fire code is written around fire alarm systems that employ a DACT. This inherently means two POTS lines, the second of which helps assure fire alarm and supervisory signals make it to the central station. Here they are received, interpreted and acted upon by those responsible for monitoring the system.

While most fire and burglar alarm systems presently in use are designed to operate over POTS using a DACT, that is not the only means of signal transport allowed under NFPA 72, 2010.

For example, alarm panels can communicate over IP-switched networks, but this usually requires special add-on modules designed to convert analog data into digital. These modules then send data over an IP connection in the form of data packets.

GSM cellular radio is another option, but we’re still tethered to an IP connection by virtue of the way cell backup manufacturers design their systems. In many cases the GSM radio hands the data off to a clearing house where it is then converted into digital data. From there it is sent to the central monitoring station over the Internet.

RELIABILITY AND SURVIVABILITY ISSUES
The problem with some IP-based components, such as local modems, servers, network switches and routers, is many of them are not designed for fault-tolerant service. In fact, many of these components do not have any type of battery backup for operational redundancy, other than a small uninterrupted power supply (UPS).

Typically the best-case scenario, once you get outside the premises, is some IP-switch networks are equipped with an eight-hour standby power supply. Yet protected premises fire alarm systems are required by code (Section 10.5.6.3, NFPA 72, 2010) to operate on battery in standby for 24 hours with a subsequent ring time of five minutes. In the case of an emergency voice/alarm communication (EVAC) system, 24 hours of standby with a subsequent ring time of 15 minutes is required.

Have you ever known the local telephone company not to provide a dial tone during or after a storm, no matter how many days may go by without benefit of the public electric bus? Will IP-switched network providers offer this kind of reliability and operational capacity?

Once POTS is gone and IP becomes the nation’s single method of signal transport, will Section 26.6.3.1.4.1 of NFPA 72, 2010 — “ … any failure of the communications path shall be annunciated at the supervising station within 5 minutes of the failure” — be maintained? Although the Internet is getting better, it is by no means as solid and signal worthy as today’s hardwired PSTN.

ESA and other organizations will continue to work hard to help legislators and the general public understand what must be done before a reliable, redundant and cost-effective national IP infrastructure is possible. Let us hope they can convince Washington to pass laws that assure AT&T and other IP network providers invest the funds necessary to build an IP-switched national communication network that is as reliable and effective as PSTN. 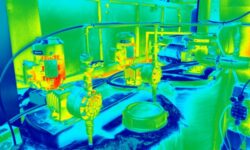 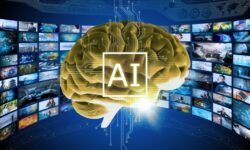