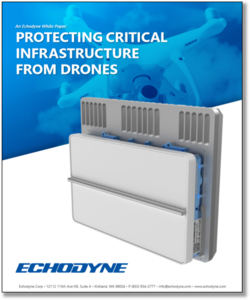 Organizations are well aware of the cyber security threats that have become commonplace these days. There is a concurrent security threat, though, that may actually be more pernicious. This new threat is called the small unmanned aircraft system (sUAS), or sometimes an unmanned aerial vehicle (UAV), but most commonly called a drone.

Drones challenge every aspect of commercial and industrial facility security, with the risks most vividly illustrated by the critical infrastructure segment. This new guide “Protecting Critical Infrastructure from Drones” provides an overview of some of the key security concerns related to drones, including:

Download your copy today to get a jump start on anticipating and defending against potential drone threats.

Please fill out the form below to receive your download.