Learn how robots and drones work in concert with security pros and law enforcement to surveil public spaces to gain improved situational awareness. 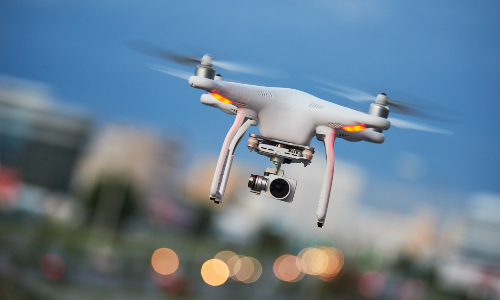 The security sector’s increasingly sophisticated technology offers more opportunities for security system enhancements and program integration than ever before. A great advance in the sector is the burgeoning role of augmented technology — autonomous data machines (ground-based ADMs or robots) and drones (unmanned aerial vehicles; UAVs) — that are purposely built for security programs seeking to increase threat awareness and management through the strategic integration of people, processes and technology.

As the pandemic forced many businesses to close, more robots and drones than ever were called into duty. Robots and drones can be deployed as effective crime deterrents to discourage theft and vandalism of vacant properties.

Interlopers picked up by the ADMs and drones are strategically deployed and work in concert with today’s video surveillance and electronic access control and intrusion systems. Together, these artificial intelligence (AI)-enabled systems give actionable intelligence outputs with the ability to quickly put security professionals on the ground to intervene.

Robots and Drones as Essential Workers

Robots are screening peoples’ temperatures as they enter a building, monitoring whether a mask is on and if people are spaced too close together. Buildings can use a robot that stays in one place at reception or one on wheels which is able to roam about the site plan and be in the best position based upon foot traffic patterns or “hot spots.”

Today’s security robot may ask a visitor to sign a confidentiality waiver at corporate headquarters or ask a series of Centers for Disease Control and Prevention (CDC) health questions pertaining to the pandemic. If a body scan detects an elevated temperature from a visitor, the robot may be programmed to alert the employee about their status.

It some countries including China, UAE, Spain and South Korea, drones — which have the ability to fly — are being commissioned for aerial spraying of disinfectant in public outdoor spaces to control the virus. In the Unites States, the state of Alabama is using drone technology to detect potentially infected people entering government buildings and directing them to rapid COVID-19 testing if needed.

During the pandemic, more drones than ever are being used for delivery and transportation purposes.  The speed of delivery, extended transportation reach with limited physical contact, enables drones to reduce risk of pandemic transmission during delivery.

Drones work in concert with security professionals and law enforcement agencies to surveil public spaces to gain improved situational awareness. In some countries, for example, they are helping enforcing quarantine by tracking non-compliant people and broadcasting voice messages. While robots are actively conducting symptom-tracking enabled by thermal imagery and AI, the use of drones to do crowd monitoring thermal imagery is more experimental and controversial due to the potential abuse of civil rights.

Drone utilization is not possible without regulation enabling safe drone operations. There are many rules and restrictions for drone use. In the U.S., drones can only fly autonomously if they have a waiver from the Federal Aviation Administration (FAA).

A business cannot fly their drone near an airport, defense contractor or other government building. Hence, when using a drone for business intelligence or security, you may need to program a circuitous route to ensure that the drone avoids all restricted flight paths and government facilities. Drones are not permitted to be flown from dusk to dawn unless it is proven to the FAA that the drone has the necessary technology safeguards and a waiver is issued.

As most crimes are perpetrated and aided by the cover of darkness, the ability to employ drones at night is critically important to the success of their use. When examining the prospects of a drone for security purposes, a key component is seeking out a partner who has the technological advances for their equipment, as well as the ability to navigate the complex FAA compliance environment. 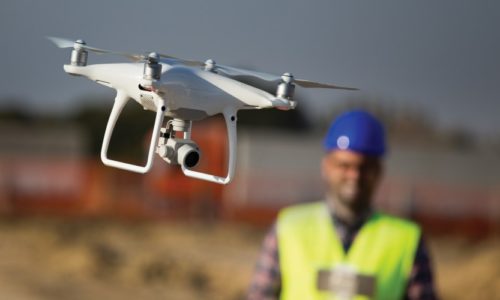 Related: Inside the NFPA’s Proposed Standard for Remote Inspections

The FAA approval of drone use is when they are operated by an Federal Communications Commission (FCC)-licensed drone pilot. However, the cost of adding a pilot is prohibitively expensive for most security programs.

Fortunately, advances in AI technology are being developed to empower drones to move past restrictive FAA compliance issues. Advances in AI are also improving the drone’s ability to perform in inclement weather conditions such as snow, rain and sleet.

The drone is able to patrol routes at certain times and days while recording and sending back images. Using thermal and conventional cameras, drones are able to observe biological beings inside a perimeter, for example, and with AI analytics determine that this biological being is a person rather than a bear or deer.

While people cannot see well at night, thermal cameras on robots and drones can detect movement. They are programmed to recognize what is normal vs. abnormal activity depending on the time of day, location, etc., and to report back exception-based activity.

A counter-drone system can operate in either an autonomous or manual mode, and is able to detect, locate and identify rogue drones in a company’s airspace. The technology can also neutralize the threat with the ability to take down or take full control of the rogue drone and land it safely in a predefined zone.

Private industry in the U.S. is still prohibited by law from taking down a drone but critical governmental facilities and other countries are already engaged in and able to exercise these options. However, in the U.S., private industry can employ a counter-drone system to detect the presence of and monitor where that rogue drone is going, take images of the device and its operators, record vehicle and license plate data, the retrieval point of its operators, and other relevant data allowing them and the authorities to proceed with their own investigation and any legal remedies.

There is no doubt that humans are best at decision-making and situational analysis. When it comes to security, machines — whether robots or drones — can excel at monotonous, computationally heavy and sometimes dangerous work.

Consider the example of a major automobile manufacturer which is using a drone to enable automated real-time monitoring and response to physical security threats at critical sites and an aerial system that provides advanced active response for external security missions. 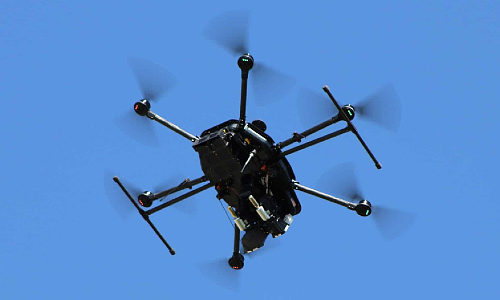 Related: Counter-Drone Deployment: The Third Dimension Is the Next Dimension

The drone is deployed via pre-programmed guard tours that set a flight pattern, mission objective and a time schedule, automated alarm response that integrates Internet of Things (IoT) sensors with the radar system to trigger an automated response to a location and follow any moving target and manual flight missions that can be remotely controlled and maneuvered at any time by an operator.

Additionally, the automobile manufacturer taps into the power of AI technology for enhanced intelligence. The company implemented an electronic platform to consolidate all reporting, metric collection, post orders and other security-related documentation via a central desktop. It locates and tracks its data online via one portal, eliminating the need for about 80%-90% of paper records across multiple facilities.

A GPS key ring tracking system can locate and recover each set of keys in use by the security force in the event they are misplaced or lost. This helps ensure the integrity of the site, while reducing liability and exposure to the company’s security vendor of high security keys in daily use.

Threats, crime and disruption do not operate on a timetable, nor do they sleep. Drones and robots provide 24/7 autonomous patrolling and monitoring including automatic recharging without human intervention, so that a company’s assets can be secure 24/7. Some facilities use drones or robots for perimeter security patrols, which provide “smart eyes and ears” that enable security personnel to do their job more effectively. Companies are benefitting from the extra bells and whistles concerning access control that this sophisticated technology provides.

What if, during certain hours of the night, there shouldn’t be any people wandering through the premises? Both ground based ADM and drone technology are capable of sending real-time detection alerts to relevant personnel, based on pre-programmed traffic or condition parameters, including corresponding recorded video. Additionally, with time stamped data provided, users can search through all the other detections in the deployment to better understand the conditions on the ground at that point in time.

What is the protocol when vehicles are not authorized to be on the premises for more than a certain period of time? Drone or ADM technology can inform security personnel that a vehicle has been parked at a location for more than 24 hours, with an alert. It can also provide data on the top 10 stationary vehicles in an area and the parking meter readout for each, by the hour.

What if a domestic dispute arises with the spouse of an employee continuing to pay visits to the facility, or the company fears a disgruntled and/or terminated employee will return to cause a disturbance? The drone or robot can be programmed to recognize license plate information or MAC addresses from mobile devices and push an alert upon detection. 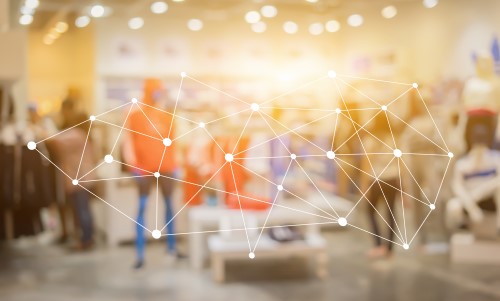 Related: The Biggest Security Threats to Retail in 2021 & How to Defend Against Them

While there will always be a need for personnel to be involved in strategic decision-making, situational analysis and security response, robots and drones help bridge the gap between AI and human response.

Powered with video, audio and sensor technology, cutting-edge algorithms and machine-learning, robot and drone security solutions help protect people and assets while interacting with them in their workplace. 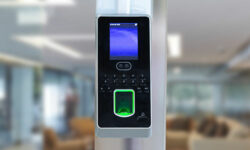 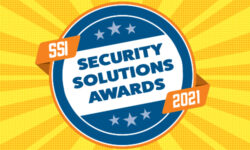