The patent and accompanying drawings give a glance at what a future Amazon drone distribution network could look like. 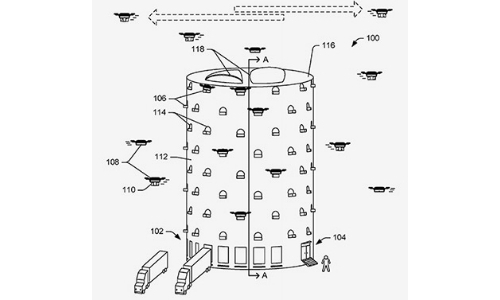 An Amazon patent includes beehive-like sketches of what the company's drone delivery fulfillment centers could look like one day.

SEATTLE — Amazon (NASDAQ: AMZN) has applied for a patent for towers that bear a resemblance to beehives that would serve as multilevel fulfillment centers for its delivery drone service, Amazon Prime Air.

As envisioned, drones would take off, land and pick up deliveries from the vertical structures, located in densely populated areas.

The patent application, filed in December 2015 and published on June 22 by the U.S. Patent and Trademark Office, included multiple drawings of the towers, such as the beehive, a cylinder-shaped center and one that looks like a UFO, according to CNN Money. 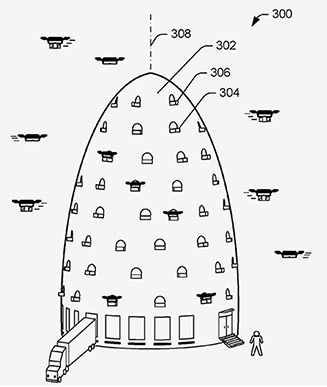 Another version of what Amazon’s fulfillment centers could resemble one day.

“Fulfillment centers are typically large-volume single-floor warehouse buildings used to temporarily store items prior to shipment to customers,” reads the patent filed with the US Patent & Trademark Office. “Often, due to their large footprint, these buildings are located on the outskirts of cities… (and) are not convenience for deliveries into cities…”

The towers could support traditional truck deliveries and include a self-service area where customers can pick up items, the patent states. It also details how employees would attach the packages on drones.

Traditional fulfillment centers are often located outside of urban areas because of their large size. That can make deliveries to the facilities problematic for expedited deliveries into cities, where a growing number of people live. The company’s drone delivery facilities aim to change that.

It’s unclear if Amazon will make the drone centers a reality; patents often do not come to fruition in the marketplace.

In February, Amazon filed another patent stating it wanted to attach parachutes to the packages being delivered by drones. The drones would stay in the air until the package made it to the correct destination. 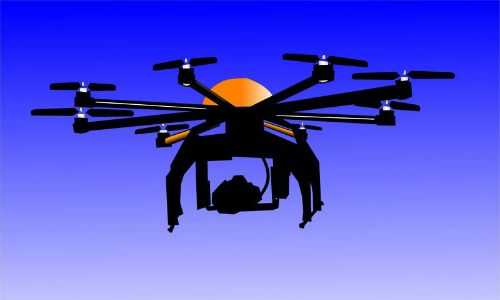 Related: How the Security Industry Can Take Advantage of Drone Payloads

Drone deliveries would only be available in good weather and daylight, and Amazon Prime Air would only be able to deliver packages weighing five pounds or less.

Amazon also filed for a patent in April 2016 for blimps stocked with drones to make extra speedy deliveries. In 2013, Amazon unveiled plans for a new delivery service called Prime Air, which would use drones to deliver packages.

Amazon made its first drone delivery in the United Kingdom in December 2016. The company plans to expand the service to dozens of customers near its British facility in the near future. 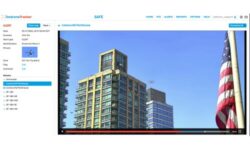 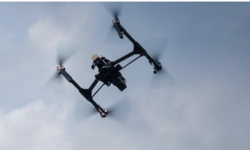