How Long Before Amazon Begins Selling ‘Surveillance as a Service’?

An Amazon patent details how drones could be used to surveil customers’ properties between deliveries, ostensibly without comprising their privacy. 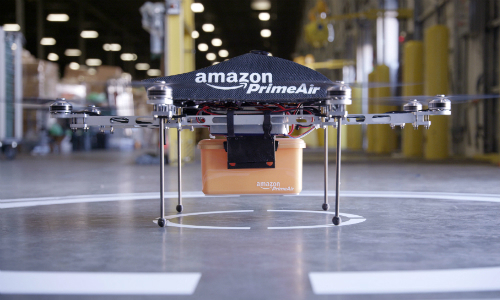 Have to admit when I first got wind of the potential for Amazon to deploy multistory, beehive-looking fulfillment centers to deliver packages with drones, a “surveillance as a service” lightbulb moment didn’t exactly come to mind. Oh, well, Jeff Bezos beat me to the punch again.

It certainly appears that Amazon’s continued encroachment into the residential security arena is primed to grow by leaps and bounds — block by block — using drones for monitoring home safety.

At least that is what the mega retailer envisions in a recently awarded United States patent that details how “[a]n unmanned aerial vehicle (UAV) may perform a surveillance action at a property of an authorized party.”

Originally filed in 2015, the patent explains how Amazon’s UAVs could be employed to spot potential life-safety threats such as fires or even open garage doors, broken windows and the like, prior to alerting property owners.

The company’s patent posits that camera-equipped drones are superior to the security cameras common in residential installations today that are “fixed or may have limited movable range” and therefore are liable to miss “important events” or be manipulated or damaged by an intruder. 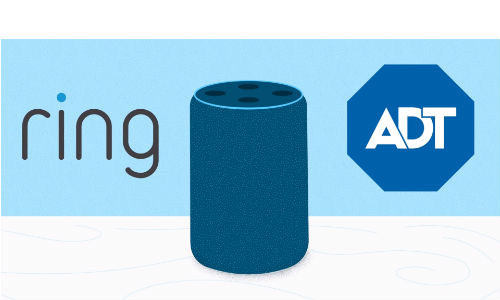 The patent was filed two years after the company first unveiled its plans for Prime Air, which included putting drones to work to deliver packages. On June 5, at Amazon’s re:MARS Conference (Machine Learning, Automation, Robotics and Space) in Las Vegas, the company unveiled its latest Prime Air drone design.

These electric drones fly up to 15 miles and deliver packages under five pounds to customers in less than 30 minutes. “And, with the help of our world-class fulfillment and delivery network, we expect to scale Prime Air both quickly and efficiently, delivering packages via drone to customers within months,” explains Jeff Wilke, Amazon CEO of global consumer, in a blog post.

In short, it’s on folks. These drones are coming. And piggybacking the surveillance as a service layer just makes sense. Consider Amazon’s infinite ability to scale projects and their willingness to withstand copious red ink long before said projects turn profitable.

The security-related patent gives some indications what an actual surveillance service would look like. Customers would pay a subscription fee for visits on an hourly, daily or weekly basis, and drones could be equipped with night vision cameras and microphones to expand their sensing capabilities.

“With a variety of sensors aboard, including a digital camera, a UAV may be deployed to perform secondary tasks that are different than delivering a package to a destination and then returning directly back to an origination location,” the patent states. 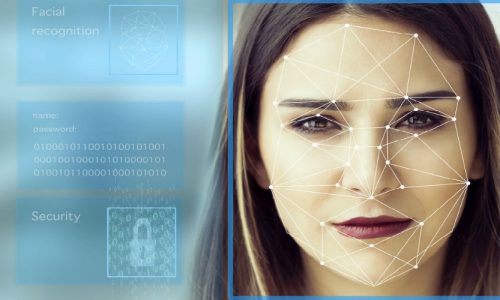 No doubt there would be FAA and other regulatory hoops to navigate, but who thinks Amazon couldn’t stage that political ballet successfully?

The big public issue to be raised with the advent of any retail drone-delivered surveillance service, of course, would be privacy concerns. Amazon goes to an extensive length to head off this can of worms by detailing technical specifics in the patent’s designs.

The surveillance function of the drones would be strictly limited through geo-fencing, a technology used to draw a virtual boundary around the property under surveillance. Any image or data that the drone captures outside the geo-fence would be obscured or removed.

An option to surveil only authorized areas would offer the ability to keep other areas private. This is supposed to ensure that drones will not capture footage of houses that have not signed up for the service.

Sure, countless patents never come to fruition in the marketplace. This one feels different to me. It all just seems to fit like a puzzle piece for Amazon. Would this pose a threat to professional security providers? Could a surveillance as a service delivered by a drone actually expand the marketplace for security dealers? I’d love to hear your thoughts.