COPS Monitoring Continues to Prioritize Dealers as Accolades Roll In 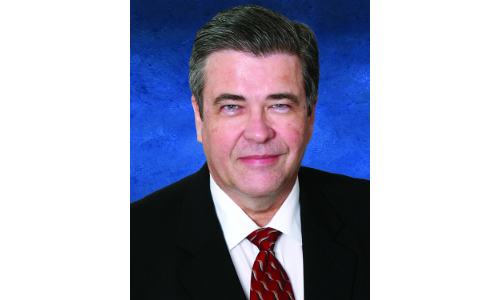 While winning awards is always, well, rewarding, the daily responsibilities it takes to earn them can be even more rewarding. COPS Monitoring operates by that mantra, and has been delivering highly professional monitoring services to its dealer base for some 37 years now.

Jim McMullen, who founded the New Jersey-based company in 1978 and serves as its president and COO, states that “COPS Monitoring is truly committed to providing industry-leading services and we continue to place great emphasis on the quality of service we provide.” That commitment to excellence has enabled COPS to capture this year’s CSAA (Central Station Alarm Association) Five Diamond Marketing Marvel Award, which is presented in partnership with Security Sales & Integration and evaluated by an independent panel of judges.

RELATED: Alarm Installers: Don’t Allow Yourselves to Inherit Another Company’s Problem Through Negligence

Among the objectives of the award program, which was launched in 2012, are the following:

Find out how COPS Monitoring embodies those virtues and so much more. As you will discover, the provider excels in management, marketing, training, service, dealer relations, technology capabilities and much more.

Dedicated to Its Dealers

According to COPS Monitoring, it is the largest independently owned third-party monitoring company in the industry with 1.7 million accounts across the United States, Canada and the U.S. territories in the Caribbean for about 3,500 independent alarm dealers. With six central stations located in the states of New Jersey, Florida, Arizona, Texas, Tennessee and Maryland and nearly 700 employees, it is a large company yet retains a regional approach and strong company culture. “We never forget where we came from, and this allows us to maintain a more personable ‘home-town’ level of service,” McMullen says.

We understand that our success is completely dependent on [the dealers’] success. While we never set out to win any awards, our entire team was proud, honored and humbled to be selected from among so many quality central stations in our industry. Still, the amount of attention we received was actually new to us.– Jim McMullen

He adds that, as a CSAA member for more than 20 years, COPS recognizes that its employees, end-user subscriber customers, alarm dealer customers, critical equipment suppliers, industry suppliers, AHJs, various associations and many others depend on the monitoring firm to be a good citizen. The company supports CSAA because the organization represents these same principles, acting as a strong advocate for central stations and a liaison to listing agencies, government and other regulatory agencies.

McMullen emphasizes that COPS has always put its dealers first. “We understand that our success is completely dependent on their success,” he contends. “While we never set out to win any awards, our entire team was proud, honored and humbled to be selected from among so many quality central stations in our industry. Still, the amount of attention we received was actually new to us. For almost four decades, our job has been to support our dealers by providing the best products and services they need to run their business and to work quietly behind the scenes as their representative, helping to safeguard their customers and uphold their hard-earned reputation.”

Earning CSAA Five Diamond Certification was an integral part of the commitment. The certification has become known as the industry’s gold standard for central stations, McMullen notes, and he believes that being a CSAA Five Diamond central station shows current and potential customers that COPS Monitoring is committed to the highest levels of customer service, ongoing education and testing, raising industry standards, and reducing false dispatches. Many of its dealers have chosen COPS as their monitoring provider because of the CSAA Five Diamond designation, he adds.