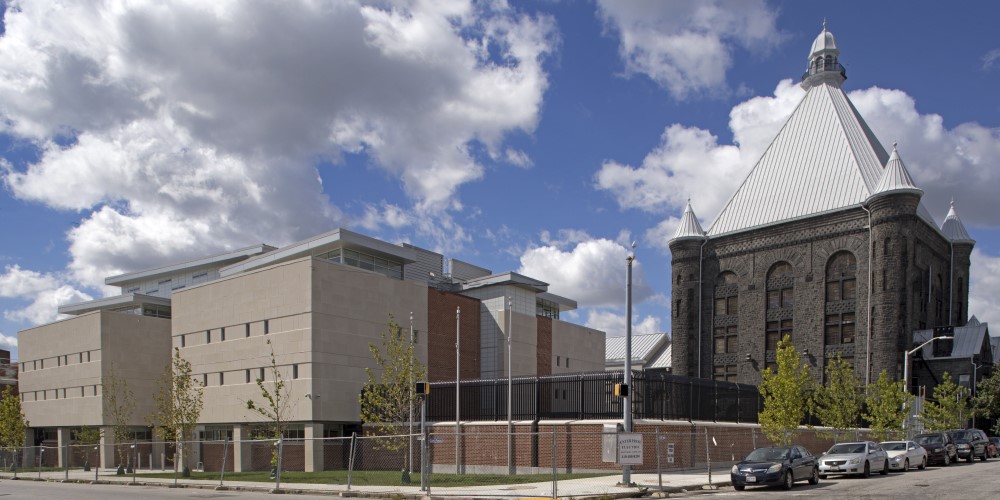 The Baltimore Youth Detention Center, which houses juveniles charged as adults, features a security system driven by policies and procedures implemented in the daily operation of the institution. 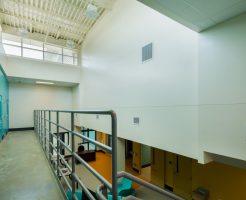 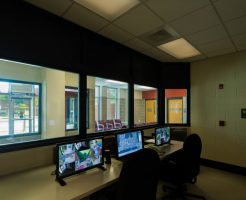 For a correctional facility and its staff to function at peak performance and serve its population seamlessly, an advanced security system is critical to the absolute protection of all. From the inmates, facility staff and outside visitors, to external issues that may affect the public safety and security of the surrounding neighborhood and community, outdated or nonexistent security equipment and technology can result in disorder and havoc.

Then there are correctional institutions that are confronted with the added daunting task of protecting juvenile populations that, because of their minor ages, have special requirements for safety and security.

One such facility is the Baltimore Youth Detention Center (YDC), which serves juveniles charged as adults in the Maryland criminal justice system. A predominately new facility, a $35 million budget was allocated in 2014 to 60% new construction and 40% renovation of the existing building. 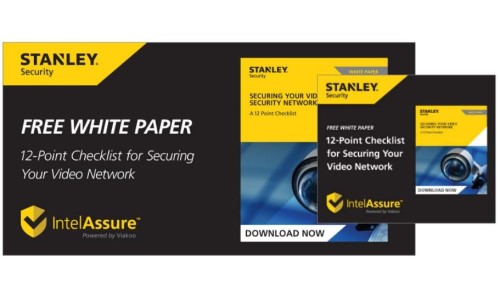 As a government-owned facility most, if not all, correctional facility work must adhere to an official bid or RFP process. Virginia-based Dewberry, a security design consulting firm, was hired and tasked with developing a security footprint that dictated essential and fundamental security measures be implemented and upheld during the entire installation process.

All design submissions were completed by March 2015, and Stanley Security was selected to fulfill the project requirements. In February 2018, Stanley Security officially completed the installation at a total cost of $498,000 to the customer and was granted all security certificates.

The result is inmates and others can now move throughout the facility — which includes a fully accredited high school — in a safe manner without necessitating multiple officers using keys. One officer from the control station can open any door, turn off/on any light, water valve, TV, answer intercoms and call up any security camera.

Hailed as a great success and a winning partnership by the end customer, Stanley Security achieved additional commendation from SAMMY judges who awarded the project the 2019 Integrated Installation of the Year (Large Company). 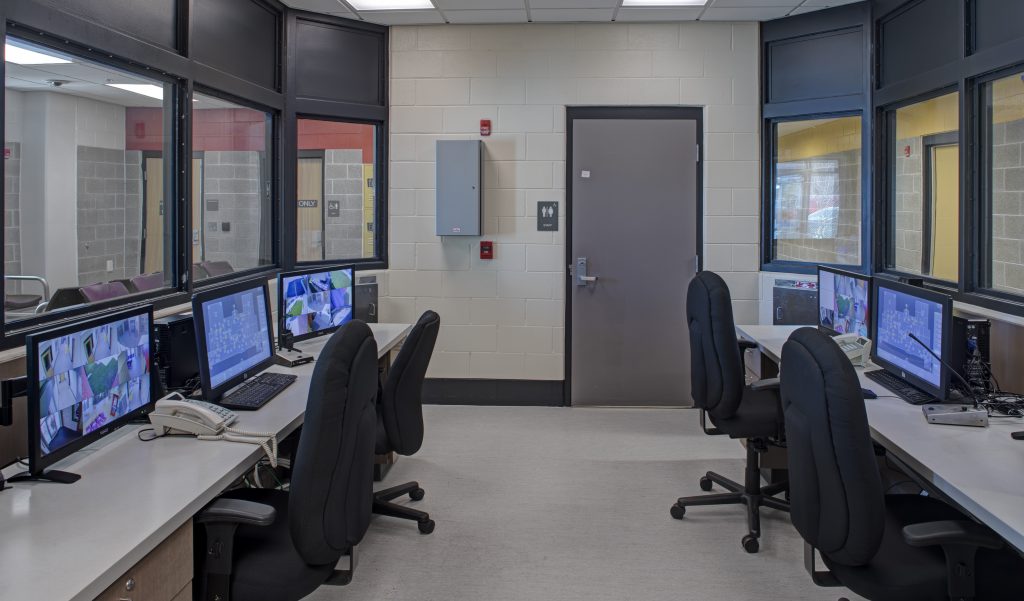 Because the facility’s nine standalone systems were integrated, one correction facility officer from the control station can open any door, turn off/on any light, water valve, TV, answer intercoms and call up any security camera.

The Baltimore YDC is a 60,537-square-foot, three-story center that works to help inmates — both young men and women who are charged with serious crimes or are awaiting trial — rehabilitate with a goal of reacclimating them into the community and, hopefully, function within the law.

The facility is divided into two separate housing areas: 10 beds for females and 50 beds for males, as well as common areas for each population. Also, within the facility, there is a kitchen, exercise facility and gym, counseling area, and medical wing that includes mental health, dental and therapy services.

A team from the Stanley Security’s corrections division, led by sales engineer Matt Hildebrand, met with Maryland Department of Public Safety and Correctional Services (DPSCS) and Dewberry in the beginning of 2017 to devise a strategy and implementation plan.

The main objective was to provide a world-class security solution to protect juveniles within the YDC, as well as the guards, workers, visitors and the surrounding community.

“As a facility that houses juveniles that have been charged as adults or are awaiting trial, the security system is driven by policies and procedures implemented in the daily operation of the institution,” says Hildebrand. “High quality, low maintenance and ease of operation were the primary design considerations for the security control systems.”

With decades of experience with new installations and retrofits in correctional facilities, Stanley Security’s engineers used that expertise to creatively address and solve the distinctive security challenges of the YDC.

Because this installation was not like others that usually include basic access control, surveillance and intercom communication systems — there were a total of nine standalone systems to be integrated — the company utilized an innovative preinstallation mockup and onsite integration process that required a year to perfect before permanently installing at the YDC. 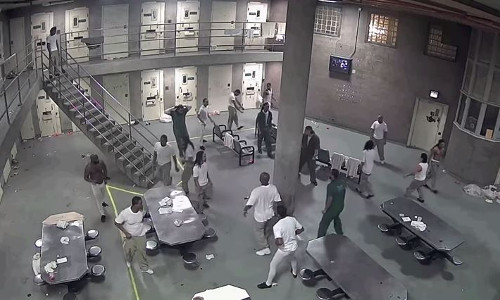 To ensure the installation process would proceed without any complications, Stanley Security initiated and underwent the tedious task of preplanning all elements before installing any part of the robust security system.

Before shipping the completed system to Baltimore, all wiring, cameras, computers, monitoring systems and other components were assembled and tested at the company’s headquarters in Indianapolis. It was essential to confirm at this pretesting juncture that everything was 100% operational, so no gaps in security would occur anywhere once onsite at the facility.

“Adding to the innovative procedure, Stanley Security engineers wrote all the software to create a fully integrated, customizable solution that would allow the nine separate systems to connect to one another. All completed builds and front-end work were pretested to guarantee that every device, product and system worked,” says Hildebrand.

Once the company finished the Phase one system prebuild, which took six months, key individuals from DPSCS and Dewberry — including the chief of security, assistant director of construction, director of capital construction, administrative expert and the key control sergeant — flew to Stanley Security’s headquarters for a hands-on demonstration.

Importantly, the group underwent comprehensive training sessions on how to operate the system. At the same time, the sessions allowed the DPSCS personnel the opportunity to experience all of the systems and their features, and gave them the opportunity to provide specific feedback so the security system completely complied with their specific needs and requirements.

During the two days of training, the Stanley Security team detailed every aspect of the system, from how each door operates to the unified control room. At this point, the Baltimore team was able to make modifications or changes, which included such things as different icons, the size and font of texts and even altering colors of the icons and warning signs.

By providing the Baltimore team with the option to make changes while the system was still in Indianapolis, costly changes after the final installation were avoided and any issues that may have arisen were averted. 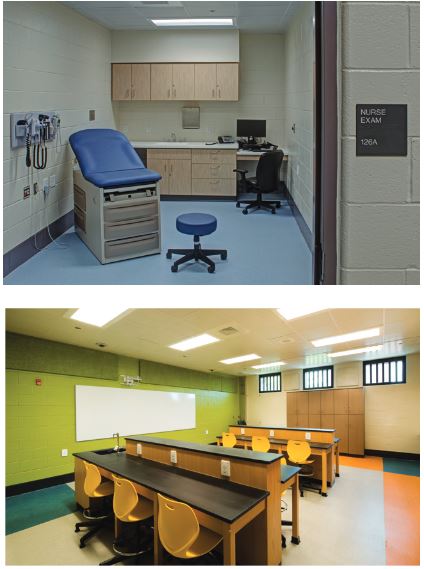 Juvenile inmates and staff can move throughout the facility — which includes a fully accredited high school and medical wing — in a safe manner without having to have multiple officers using keys.

Within a correctional facility it’s not uncommon for a medical emergency, fight between inmates, or other unpredictable security situations to occur that requires immediate attention. Stanley Security determined that multiple innovative technologies would create an innovative security solution:

IP camera video surveillance system — A 197-camera video system resulted in 100% coverage of the facility. Vicon cameras were used as well as a Vicon video management system (VMS) to monitor the cameras. The video surveillance systems consist of IP cameras of various resolution and viewing angles, dedicated network electronics, servers and storage devices. Video information is routed to storage devices and control stations based on automated controls, integration with other subsystems, and operator input.

Programmable logic controller system— An Allen-Bradley PLC control system, most widely used by correctional facilities across the United States, was installed into the facility. This industrial-manufactured system continuously monitors, while also offering the ability to change a process or operation quicker and easier.

Intercom communication system — There are a total of 207 intercom stations that provide a means of audio communication throughout the facility. As a standard for intercom systems in correctional facilities, Harding meets the rigorous demands of high-security applications. Any station can call to any control station via a network connection. In addition, the intercom system includes overhead paging capabilities, with 66 paging speakers, integrated within the main system.

With Phase one completed in Indianapolis and all materials shipped to Baltimore, Phase two of the installation began at the YDC. Keeping with the implementation plan that was approved by all team members, Stanley Security began installing each system separately into the facility. 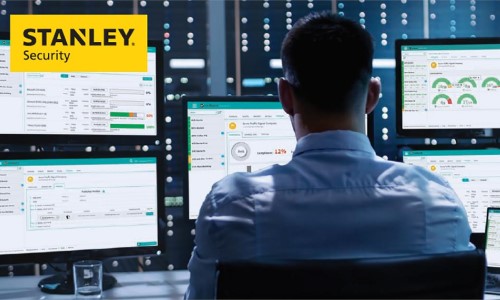 “In addition to Stanley Security, DPSCS and Dewberry, there were also subcontractors that worked on the water and lighting to complete the installation,” says Hildebrand. “While working and managing all schedules and systems brought added pressure, the open communication and prior test runs, resulted in a unified project.”

Direct communication between all parties was imperative for the ultimate success of the integration. With nine separate systems integrated into one control panel, strategic coordination among all parties was critical. The partnership succeeded because of an open, ongoing dialogue approach that kept all parties current throughout the entire installation, Hildebrand says.

When needed, Stanley Security personnel can remotely view or review programming and software to help with any issues that arise. The company also handle’s the client’s monitoring.

With the knowledge of already seeing and touching the system in Indianapolis during numerous test runs, the sophisticated, easy-to-use software system was quickly learned by the facility staff. This early adaption helped for applications and operations to be understood by the time the complete system was installed.

The YDC’s greatest necessity and accomplishment was to gain a high-security system and provide safety and security to those inside the facility and surrounding community.

“With this being a predominately new building, we knew we wanted the most advanced security system available,” says Katherine Dixon, director of capital construction, DPSCS. “We are so pleased with the final outcome and the flexibility it provides when all systems are interconnected and working together.”

“The partnership was very much an open dialogue,” Dixon continues. “Stanley Security listened to our needs and provided their counsel, knowledge and expertise. We appreciated the work from all parties involved to provide our facility with a top-of-the-line solution.”

View the slideshow to view more photos from the detention center.