Idaho, Texas Opt in to FirstNet Plan to Build a Wireless Broadband Network

FirstNet was created in 2012, following a recommendation by the 9/11 Commission to establish a dedicated nationwide broadband network for emergency communications.

RESTON, Va. — Idaho and Texas are the latest states to join the First Responder Network Authority (FirstNet) following a decision by their respective governors, Butch Otter and Greg Abbott, to accept a plan to deliver a wireless broadband network to the states’ public safety community.

FirstNet, in partnership with AT&T, will build, operate and maintain a secure wireless broadband communications network for the public safety communities in Idaho and Texas at no cost. The FirstNet network is said to drive innovation and create an entire system of modernized devices, apps and tools for first responders.

FirstNet was created in 2012. It followed a recommendation from the 9/11 Commission that a dedicated nationwide broadband network be created to help public safety agencies communicate during large-scale emergencies.

On Sept. 14, the FirstNet Board approved a fiscal year 2018 budget of $73.5 million to fund FirstNet’s efforts to deploy, operate and manage the nationwide public safety broadband network. FirstNet said the amount is 13% percent lower than the agency’s current funding level as a result of its public-private partnership with AT&T.

“This budget reflects strong financial management and allows us to continue making remarkable progress in the coming year toward delivering public safety’s network,” says FirstNet CEO Mike Poth.  “FirstNet is well positioned to deliver the financially sustainable network that we are entrusted with for the benefit of first responders and the communities they serve.”

AT&T officials have stated that deployment of LTE on FirstNet’s 700 MHz Band 14 spectrum could begin as early as this year in certain parts of the country. Public-safety agencies in opt-in states are eligible to sign FirstNet contracts that give first responders priority access across AT&T’s commercial networks immediately and preemptive access by the end of the year.

Flashback: Broader Spectrum Ahead for Security and First Responders

FirstNet released its initial state plans on June 19 and made them actionable, so governors would have the opportunity to opt-in to FirstNet prior to the final state plans being released in September. Prior to Idaho’s and Texas’ decision, 19 other states — Alaska, Arizona, Arkansas, Hawaii, Iowa, Kansas, Kentucky, Maine, Maryland, Michigan, Montana, Nebraska, Nevada, New Jersey, New Mexico, Tennessee, Virginia, West Virginia and Wyoming — had announced their opt-in decisions, as did the U.S. Virgin Islands and Puerto Rico territories.

To date, no states have formally opted out of joining FirstNet.

In August, Verizon announced it will build and operate its own private network core for public safety communications, and will offer priority access and preemption to first responders for free whenever necessary. The carrier said it will invest in new “mission-critical 4G LTE voice communications” that will complement existing offerings like Push-to-Talk Plus. 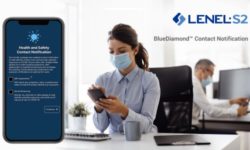 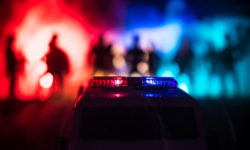 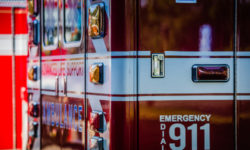